How They Met: Jesse Hanson and Carmen Littlejohn of Helix Healthcare Group - Streets Of Toronto
Skip to content 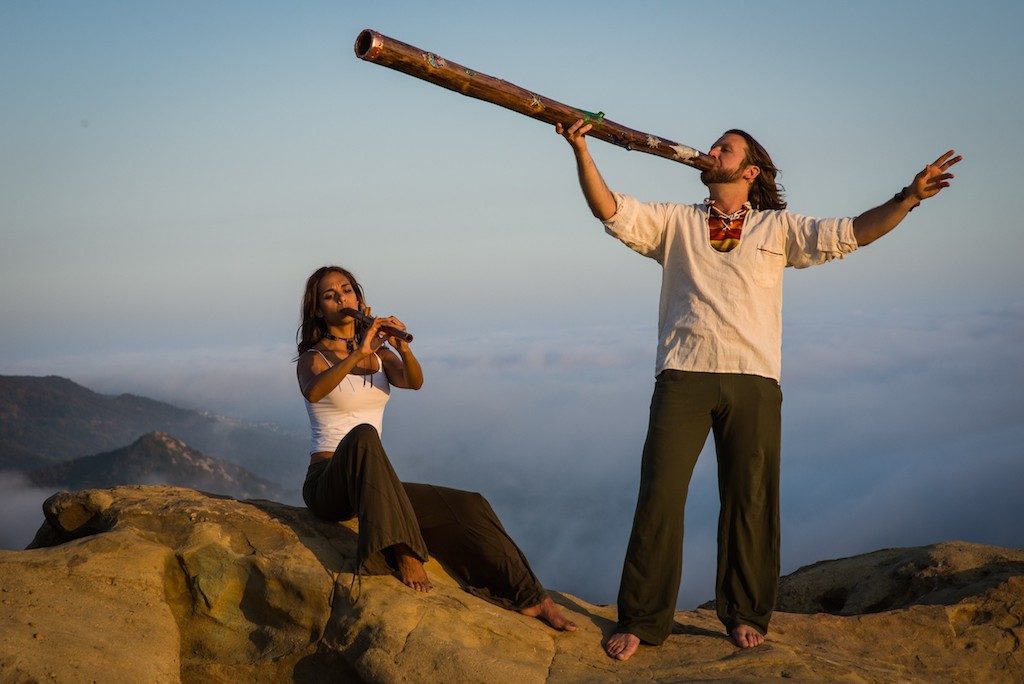 Psychotherapists Jesse Hanson and Carmen Littlejohn, the duo behind Helix Healthcare Group, share their love story — complete with flying yoga, dolphins and a wedding that rang in at $500 dollars.

How they met
Jesse: It was the last day of my master’s program and the first day of hers in Santa Barbara, California. While I was enjoying a delicious brownie and talking to a professor, the most beautiful Egyptian goddess approached me. Or was she approaching the table to get a brownie? Either way, I was delighted. Though, within the 30 minute conversation, some of my delight was deflated as I learned she lived in Chicago. I did not let this fact sway my initial heart/gut feeling. I got her email address and played it cool.
Carmen: When I went to the dessert table to snag a cookie, I met Jesse and had a great conversation with him and a new professor on campus. Jesse told me about a great exhibit in town. The travelling Buddha relics were in Santa Barbara. I didn’t even know what the relics were, so Jesse explained them to me and told me he would email the information if I was interested. A very clever way to get my info! As I was walking back to my car, I saw him yelling with excitement and with bare feet he hurdled a bush and accidentally landed right in front of me. He was really embarrassed. I later learned he was yelling with excitement about meeting me. He didn’t play it cool at all!

The first date
Jesse: I picked her up after class in Santa Barbara and took her to a beautiful park where we walked, talked and smelled the roses (literally). I introduced her to one of my passions, flying yoga. We both loved all of it. We finished up the date with a sushi dinner wherein she took charge of the date and ordered us great food (at that point I was not a big sushi guy — I am now).

The courtship
Carmen: I think of our courtship as a lot of plane rides and red eyes. I used to fly to Los Angeles two times a month and drive up to Santa Barbara. Then I would red-eye home to Chicago Sunday night, land at 5 a.m. and be at work by 6:30 on Monday mornings. It was tough. But it was very beautiful too. We took beautiful hikes on the Malibu coast, jogged the hills of Ventura county and meditated on the cliffs, looking out at dolphins. It was pretty magical. It became more and more difficult to return to Chicago after the weekend was over. Especially during the winter time! We went camping on Anacapa Island one time, off the coast of Ventura. We found out that we were the only ones there, with a million mating birds. It was so funny. Then on the ferry back to shore we encountered dolphins that came to swim with us. There were probably 1,000 dolphins all jumping and swimming around our ferry. I’ve never seen anything like it. Dolphins as far as the eyes could see. It was like the ocean was alive.

The proposal
Carmen: The first proposal was when Jesse asked me to move to California. We went on a new hike that he’d never taken me to before. And we hiked up to a hidden cave in the cliffs. He was so nervous he just kept stuttering, and I was wondering, “What in the world is wrong with him?” He then asked if we wanted to move our lives together. He was willing to move to Chicago if that’s what I wanted. I said, “You’re crazy! I’m of course moving out here!” The second proposal was in Laguna Beach, but it had been building for months. I later realized he was so irritable and anxious because he was having a ring custom built and was going to propose on our vacation. But at the time I thought he was going crazy! He proposed to me before we went to dinner that night, because he said he wouldn’t be able to eat anything if he didn’t do it! He was so nervous, but I already knew that we were in this together. So it was an easy yes.

The wedding
Jesse: We were married Sept. 21, 2014 at Lost River, West Virginia. There is a state park there that I visited every year as a boy with my family. The wedding was amazing. Simple, yet amazing. We went on our honeymoon to Thailand, Cambodia and Laos.
Carmen: It was a Quaker ceremony, which means you don’t have a priest marry you. You marry yourselves with your vows, and the family and friends witness. We were married outside under the trees and probably spent $500 total on the wedding.

Their lives now
Jesse: Today, we work together at Helix Healthcare Group. I am clinical director and a psychotherapist; she is director of clinical training and a psychotherapist. Our lives have changed a lot since we first met in July of 2010. We are growing together personally and professionally. Parenthood is the next big step for us.