How They Met: How Lexa Doig and Michael Shanks make marriage work - Streets Of Toronto
Skip to content 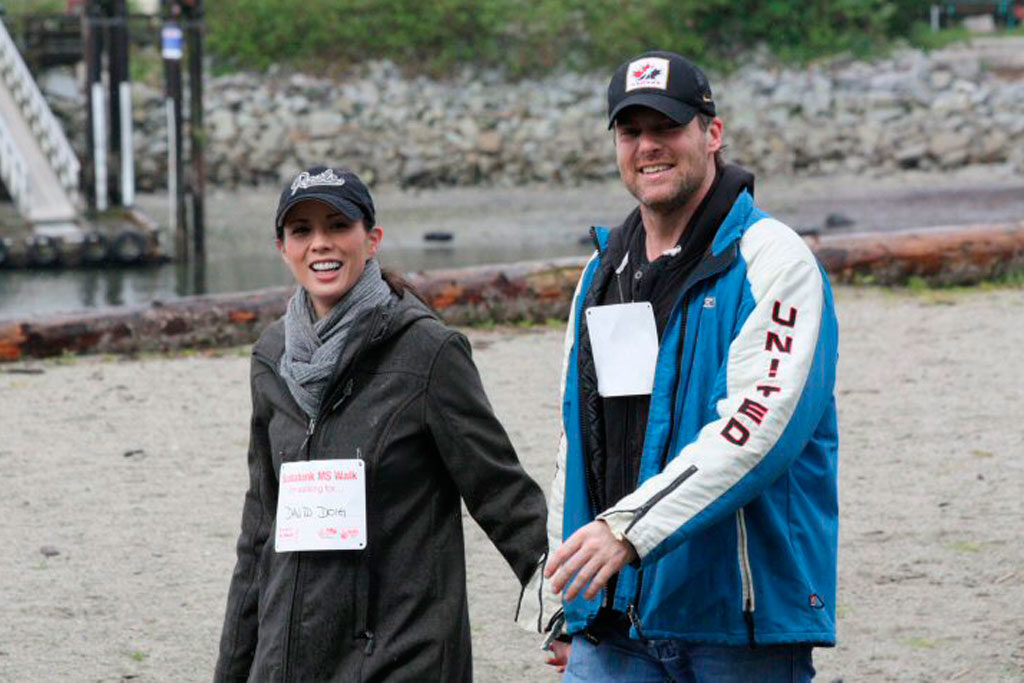 Lexa Doig is returning to the small screen with her role in the new series The Arrangement, just as fans are getting ready to say goodbye to her husband, Michael Shanks, as his show Saving Hope is in its last season. Here’s how this television duo met.

How they met
Michael: We met on the set of the television show Andromeda in the early 2000s. I was hired to play Lexa’s character’s love interest. We sparked the day that we met.

The first date
Lexa: That same day, we went to a Spanish place and had wine, and I normally don’t drink. We then chatted the whole night and were tired at work the next morning from staying up so late.

The courtship
Lexa: It was pretty standard, honestly; we hung out a lot. We were basically together from when we first met. We went on some fun trips like Vegas. I went for a convention for Andromeda, and he came along to be with me. We did the same thing with a trip to Europe. He also took me skiing once, and I stayed in the lodge. I actually had a boyfriend, and we were long distance, but the distance was hard. I wanted to end it but not over the phone, but after I met Michael, I knew that I had to break it off with the other guy. He was a good guy, and I enjoyed our time together, but when I met Michael that was it.

The proposal
Lexa: There wasn’t one! We both knew that we were going to get married. We were both on a break from work, so we wanted to do it then. I needed an engagement ring. We went down to Diamonds Direct and picked out a ring together. It was like going to buy furniture or an appliance. We aren’t very romantic!

The wedding
Lexa: We were married in Vancouver at Brock House. We didn’t go on a honeymoon because the work break was over, and so we have never gone on a honeymoon. Although Michael said (very sarcastically, I might add) that, “Every day with me is a honeymoon.”

The kids
Lexa: Michael has an 18-year-old daughter named Tatiana from a previous relationship, who is my stepdaughter. Together we have a daughter, Mia, who is 12, and a son, named Sam, who is 11.

Balancing work and marriage
Lexa: Communication! Michael is on the series Saving Hope, which films in Toronto for six months, and we live in Vancouver. When he films over the summer, I take the kids to Toronto. I am originally from there, and we visit him and my family. We try not to work at the same time, but are not always able to do that. We are always talking, texting or chatting when together or away. You need to make time for that.

Shared hobbies
Lexa: We have a dark sense of humour, very sarcastic and cynical. We both keep up on current events and enjoy discussing it. Also, the fact that we work in the same industry means we can appreciate each other’s day-to-day work lives and know what the other is going through. Our different hobbies bring us together, too, because we are able to share and learn from each other. Michael is an encyclopedia of knowledge on film, so if I need a reference for a role I am playing or auditioning for, he can give me options. I like to hike and have gotten him to go with me a few times. You would think a B.C. boy would like the outdoors rather than me, who was raised in Toronto. I also love RuPaul’s Drag Race, but I haven’t been able to get him to watch it with me.

Secret of success
Lexa: It is to prioritize communication! When we don’t, then arguments ensue. The biggest factor for us is that we have a shared sense of humour. We can make each other laugh.

Life after retirement
Lexa: We won’t be together after retirement! I’m kidding! We always say that Michael will have a beard and live in a shack on the side of a mountain. I will have a snazzy place in the city. Like we said, we aren’t very romantic.