How They Met: Hal Johnson and Joanne McLeod - Streets Of Toronto
Skip to content 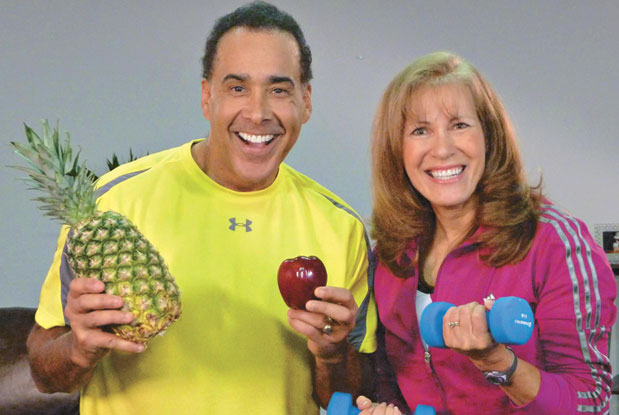 During Body Break’s heyday, hosts Hal Johnson and Joanne McLeod kept their relationship status elusive. Canadians wondered if the fitness icons were a couple or just gym buddies. After having kept it a secret for years, Hal Johnson opens up about how they met.

How they met:
We met in a gym in 1988. Joanna was on the pec deck, and I went up to her and said, “Can I work out with you?” I started up a conversation, and then I saw her a couple more times. Eventually, I said, “Hey, want to grab something to eat?”

The first date:
Joanne had mentioned that she wanted to get into television, and so, when I asked her out, I used a line. I said that we should go out for business, and I would teach her more about television. I thought I had been smooth at the gym. So I picked her up, and as we were leaving, she was like, “Oh, I forgot something!” She ran back in and brought out a notepad. At dinner, she took out this notepad because she thought I was actually going to give her information about how to get into TV. We laugh about it now, she’s like, “How could I be so naive?”

The courtship:
Shortly after going out with Joanne, I came up with the idea for Body Break. The show kind of blurred the lines of courtship because it was like all of a sudden we were together 24/7. We were just so connected with the show that we literally woke up and said, “Oh, I guess we are a couple because I haven’t seen anyone else in six months.” So as Body Break grew, so did our relationship.

The proposal:
It certainly wasn’t mushy. After 11 years or so of living together in the house, we bought together. It was like, “Hey, want to get married?” We are very practical.

The big day:
We got married Dec. 30, 1998. Our Body Break book was launching in the new year, so we had our friends and family over to celebrate. We decided to surprise everyone. So at the party, we had a clergy show up and marry us in the living room. Everyone was shocked. I thought my mom was going to faint. Joanne was eight months pregnant, and we thought, well, since we were going to have a child, marriage was probably simpler. We’ve been together 25 years now.

Secret to success:
We have a similar philosophy on things. We share the same philosophy when it comes to money and on how to raise our daughter. Our values are similar. We both have respect and trust for the other person. You have to look at it like it’s a partnership. Always look from their perspective before you impose your own perspective.