How They Met: Dina Pugliese and Alek Mirkovich's whirlwind romance
Skip to content 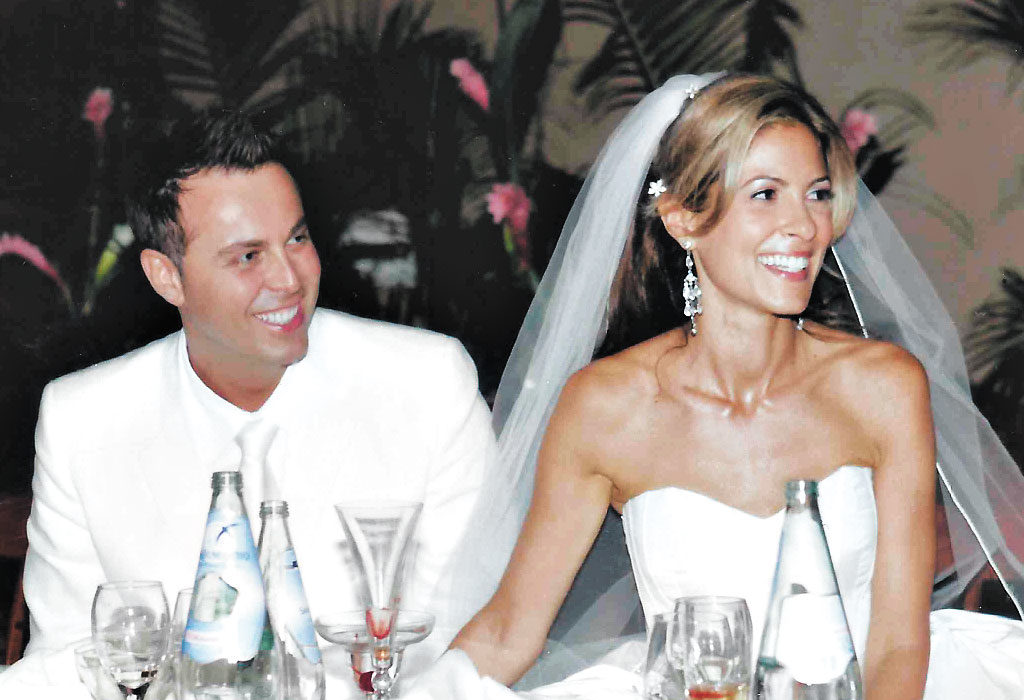 Breakfast Television host Dina Pugliese on meeting the man of her dreams, Alek Mirkovich, at a nightclub.

How they met
I was throwing my co-worker a stagette, and my goal was to make sure she had a ton of fun. So I fashioned her a “Buck-A-Suck” T-shirt to wear and sewed Life Savers onto it, so she could walk away with some cold hard cash! She was making a ton of money, but the men were a bit too tipsy and eager for my liking, so when I saw a tall, handsome man’s head from across the room, I walked over in a hurry. The first sentence I said to Alek after tapping him on his shoulder was “Buck a suck?” He didn’t know what the heck I was asking (which I loved), and after much cat and mousing, I saw something so sincere, sweet and genuine in him that I gave him my number — which I usually never did.

The first date
Alek did not wait three days to call. He called first thing the next morning. It was so refreshing and signalled to me that he wasn’t going to play games. That’s what separates the men from the boys. We talked on the phone for hours and instantly knew there was something big there. We met the following day for drinks. I hoped he was as good looking as I remembered, and man, was I blown away when he turned the corner. Everything you read about and see in cheesy rom-coms happened — starbursts, butterflies in the tummy, heart pounding outside of my chest. As for the chemistry, let’s put it this way: I went in for the first kiss! It was another thing I never thought I’d do. We both knew we were “the one” after that first date, although we didn’t tell a soul.

The proposal
Alek bought my engagement ring without us ever talking about it. He flew to New York City to pick it out just two months after we met and popped the question shortly thereafter in Niagara-on-the-Lake. We had only known each other for six months by the time we were engaged. Like they say, when you know, you know. I was completely shocked and overjoyed by his proposal. I had no clue he had even shopped around for a ring.

The wedding
We were married in Mississauga at St. Sava Serbian Orthodox Church. It was a beautiful day in July …  sweltering hot but so sunny and bright. Following the ceremony, we danced and ate and laughed the night away with those who meant the most to us at Copper Creek Golf Club in Kleinburg. It was just perfect. For our honeymoon, we decided on Greece. Perfect mix of great food, sea and history in between the lazy days on the beach.

Their lives now
Alek and I love to travel. We always say we will work as hard as we have to in order to make trips happen.  We recently celebrated our 10-year wedding anniversary by returning to my motherland, Italy. We absolutely love it there and dream about one day finding a place to call home in southern Italy — any plot of land along the coast.

Relationship advice
Work at it just like you do everything else in life. That is how you will both grow together and thrive. Try to set realistic goals, like a date night once a month, and stick to them. Even if it means a walk. It’s the little everyday things that have the biggest impact.

For more from our How They Met column, click here.