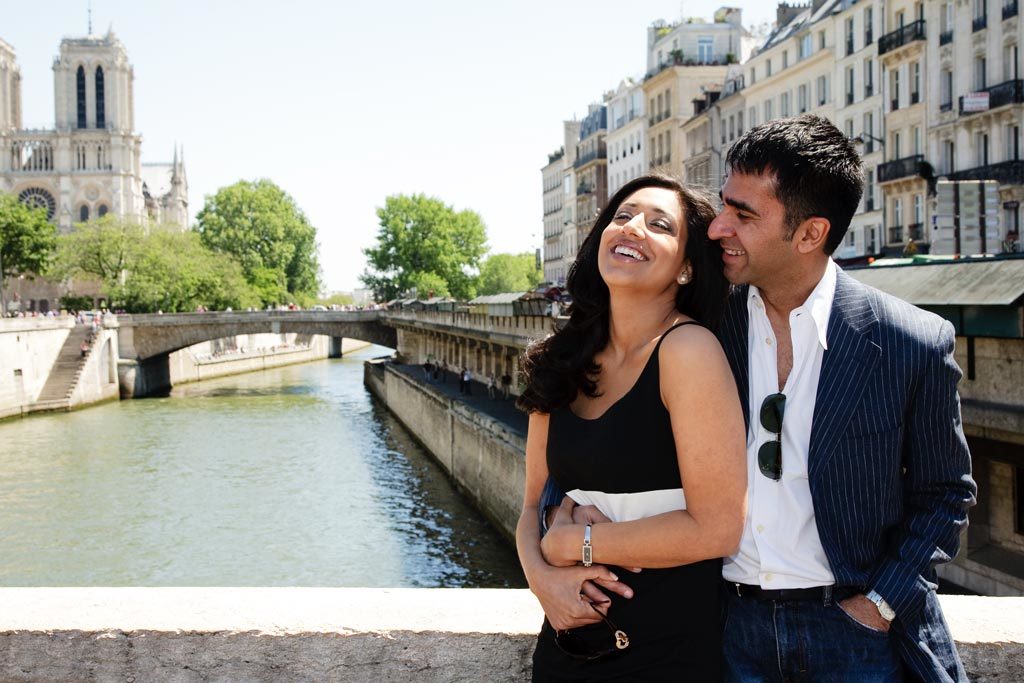 The relationship between Global News anchor Farah Nasser and her husband, Razid Samdjy, revolves around their two kids — but they get a good Netflix binge in when they can. The couple tells us about their love story.

Different people had been trying to set us up for years (including my mother who had a close friend who sat on a board with Razid). We eventually met through a mutual friend. Funny enough, after meeting, we realized we’d attended several of the same events and had never bumped into each other, including a house party at a tiny waterfront condo. There are even photos of us standing near each other. Looking back now, I guess the timing was never right until it was.


It was at Jamie Kennedy’s former restaurant on The Esplanade in late 2007. We hit it off right away; the date ended up lasting more than three hours. We talked about our travels, our families and our goals. By the end of the night, we had already agreed to go on a second date. It was unspoken, but we both knew this wasn’t just a date. It was the beginning of something big.

A few weeks into dating, we were at a friend’s party downtown, and there was a terrible snowstorm. My parents called and told me to wait it out and not drive home. Razid and I stayed up until the wee hours of the morning, talking and listening to music. It was one of the most magical nights of my life. We both knew that night that this was it.

I had come back from getting my hair done to Razid’s condo filled with roses and candles. He got down on one knee. I have no idea what he said, but I cried, and he tells me now I didn’t even officially say yes. We were both so happy and giddy. We turned up the music and danced for hours then capped off the night with a beautiful dinner at George. We also kept it to ourselves until the next day, so we could truly take it in before everyone around us got into “wedding mode.” That part was really special. It was like our little secret for 24 hours.

We got married in the summer of 2009. It was a five-day Indian affair with venues all over the GTA, including my parents’ backyard in Mississauga. We were lucky to have family and friends travel in from all over the world, as far as Madagascar. We were surrounded by love, happiness and lots of dancing.

We went to Tahiti for our honeymoon shortly after the wedding. It was a great trip although we were pretty exhausted from the wedding festivities.


We have two kids: our son, Kian, and daughter, Arya. They keep us pretty busy!

We were both raised on the importance of volunteering, and we both make regular commitments to get involved. We talk a lot about volunteering for an NGO overseas in the future.