How They Met: Bitten star Greg Bryk dishes on love and Levi’s jeans - Streets Of Toronto
Skip to content 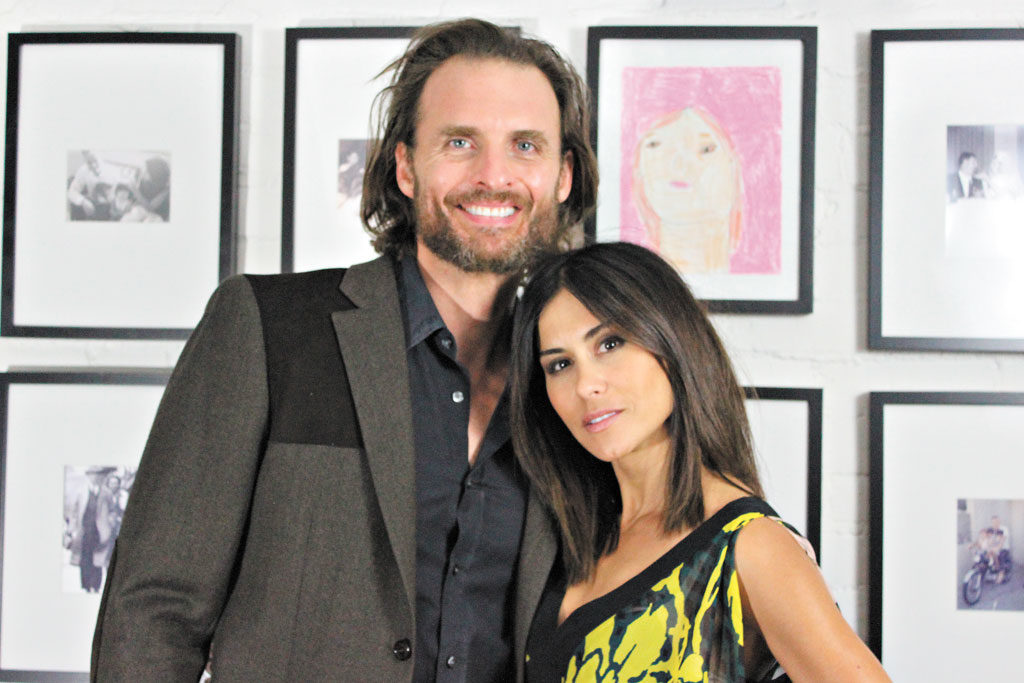 Greg Bryk, known for his werewolf persona on the popular series Bitten, shares the story of his whirlwind romance with his wife, Danielle Bryk. Apart from life onscreen — Greg has upcoming roles on The Expanse, Fargo and Rogue, and Danielle is an HGTV Canada host — they are also partners in a new Dundas West restaurant, Ufficio.

How they met
We met at Queen’s University where we were English literature students. The first time I saw Danielle across a courtyard, my knees went weak. I finally met her the next fall on the night I was cast as Hamlet in my first play. I walked her home from the campus pub. She offered to lend me mittens, which were up in her room. We talked until dawn. I kissed her. Our life began.

The courtship
It was less a courtship than a full-speed collision. We were young, headstrong and wildly drunk on each other. I wrote her poetry, and she dazzled me with her beauty, grace and intelligence. In the first week we were dating, Danielle brought home a tiny pair of Levi’s from a vintage shop. Baby boy’s jeans. I didn’t blink. Neither did she.

The proposal
We were in New York when I proposed. I was at Circle in the Square Theatre School, and she studied design at Parson’s and worked in a SoHo art gallery. We were pregnant. Late one winter night, we were shivering together, standing in a sliver of moonlight in our postage stamp–sized kitchen, and I asked her to marry me. She said I didn’t have to. I just smiled. The next day we got each other’s names tattooed on our ring fingers.

The wedding
We were married a few weeks later in Toronto at St. Paul’s Church. The after-party was at Ashbridges Bay.

The kids
We now have three magical kids. Dempsey is 19 and in theatre school in New York. Billy is almost 16. Our baby, Ella, just turned 12. They have all worn those tiny Levi’s Jeans.

Secret to success
The secret of our marriage is that my crazy fits together with her crazy somehow. We are total opposites but in ways that find an off-kilter balance. We fight and we get past it. We go through hard times, and we get past it. At the end of the day, we always choose each other.