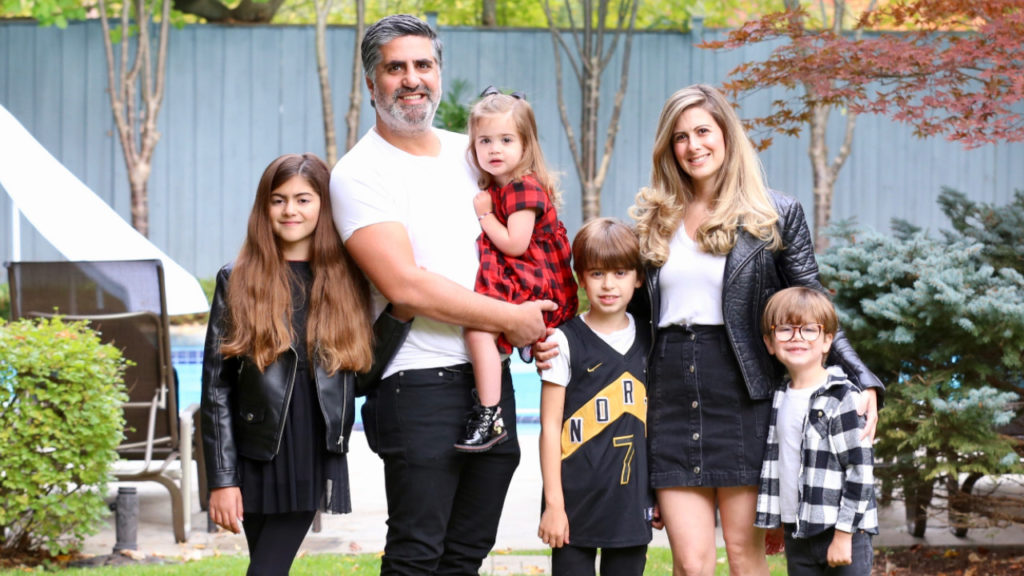 Chances are you’d recognize Page Magen if you’ve been to any kind of big event over the past 20 years. From weddings to bar mitzvahs to formals, Magen Boys — the entertainment brand Magen started with his twin brother Jian — does it all. As Canada’s number one event production company, Magen has worked with Torontonians at some of the city’s biggest events. We asked the entertainment mogul about how he met his wife, Sasha Magen.

We knew of each other, as we both grew up in Thornhill. She started working for my company, Magen Boys, and we became really really good friends. I  was in the “friend zone” for about five years!

We went to a party together as a “couple” at the old York Theatre. We were always going out as friends, but this time it was official, and we had a lot of fun. We went out with another couple, and they both got really drunk! We had to take care of them at the end of the night; it was quite hilarious!

It was THE BEST! She’s obsessed with shoes and has a great sense of fashion, so I told her that my friend’s shoe store, David’s, was having an 80 per cent off friends and family sale. It was the only way I could get her away from her job! She ran over, and I had it set up so that, when she was asking to try on a pair that she liked, the ring was going to be in there. When the staff came toward her, the lights in the store dimmed, and our wedding song, “I’m Gonna Make You Love Me” by the Supremes and the Temptations, came on over the speakers. I got down on one knee while the store was full of people! After the proposal, an older woman walked up to us and said, “So does she still get to keep the shoes?”

We got married on New Year’s Eve, 2007. We chose Beth Tikvah synagogue, as it was where I grew up going to during the High Holidays. We created a winter wonderland that was all white. We loved knowing that we could party with our friends and celebrate the new year at the same time. Now that it has been 13 years, we realized that doing it on this night will always be fun because everyone around is in a great mood!

We went to Europe and planned it around seeing Bruce Springsteen in Paris because we both love him! It was epic. We also went to St. Tropez, Capri and Mykonos, the best of all countries!

Pre-pandemic, it was pretty hectic as I was working on the weekends and she has a successful real estate career at Harvey Kalles. But since the stoppage of all events, we have spent some meaningful time together. We try to have time just for us, but we also love being with our kids. It is an adventure every day!