How far does $500K go in the fight to help Toronto's homeless? - Streets Of Toronto
Skip to content 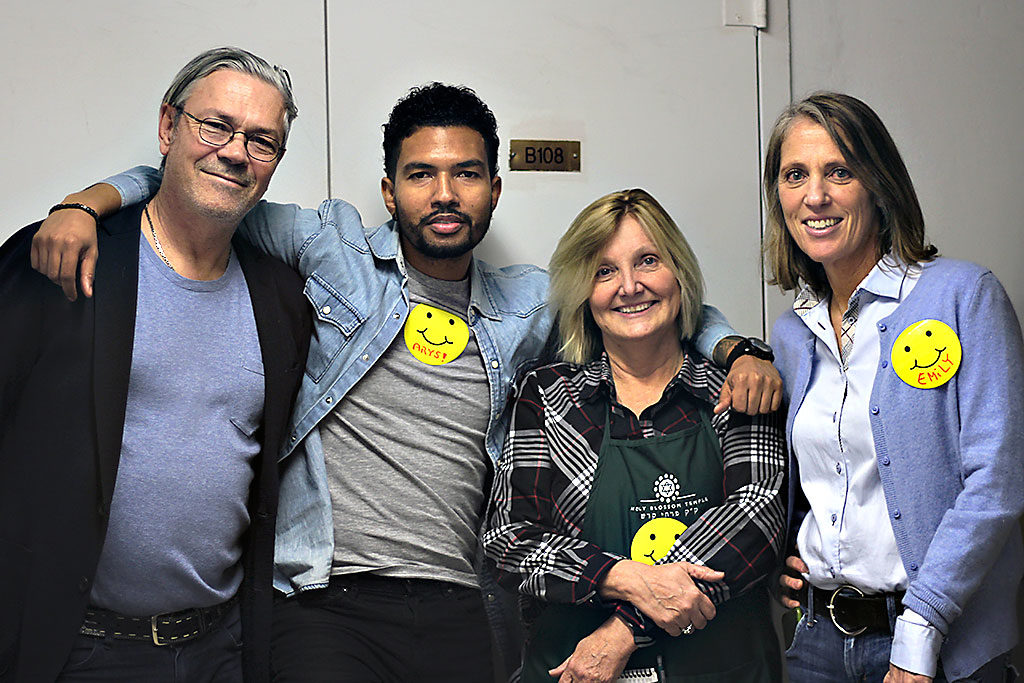 Winter is in full swing, and it is nowhere more evident than at the Holy Blossom Temple, at Eglinton Avenue West and Bathurst Street, where the weekly overnight shelter sees a nightly capacity rate of around 97 per cent.

The shelter is an outpost of the Out of the Cold program (OOTC), which received $500,000 in additional funding from the City of Toronto in November. Although that funding has been put to good use, volunteers and staff with OOTC believe that the problem can’t be solved by adding more beds to the city’s overextended emergency shelter system.

“At 9:30 at night, when the lights go out … when they get there on one grey mat, sleeping on this floor,” said Emily Rayson, a long-time volunteer with OOTC at Holy Blossom, “it gets to me, every single year I’ve been doing this. Why do they have to be sleeping on our basement floor? Where can these people go? I don’t know how you break the cycle.”

Despite having added 807 beds for the current winter season, shelters and emergency respite sites are still routinely hovering around 98 to 100 per cent capacity. At OOTC, the occupancy rates are no different.

“The most recent numbers that I’ve seen for OOTC suggest that we’re at 97 per cent capacity,” said David Reycraft, the director of housing services of Dixon Hall, the organization that has managed the OOTC program since 2003.

“Interestingly, the occupancy is comparable to last year, but we have more beds in the system this year. There’s this kind of ‘open it and they will come’ Zeitgeist.”

The city has committed to opening 1,000 new beds by 2020. But despite this aggressive push toward opening more emergency respite sites, advocates are calling for more affordable housing and supportive housing.

“This started as an emergency shelter for the homeless, a band-aid solution. It never went away.”

“It was nice for me to see, for the first time, that this group of people are beginning to ask for housing,” said Reycraft. “Traditionally that hasn’t been what they ask for –– they ask for emergency shelter responses –– but we do need more affordable housing.”

Nobody knows this better than the front line staff.

“The city opens up more homeless respite sites, but a lot of these people aren’t homeless,” said Andrea Katz, a fellow volunteer.

Although most of their guests are homeless, Katz and Rayson described some who stay with OOTC as also living in rooming houses. These individuals often have issues with housemates or otherwise feel unsafe at home.

“They have a schedule now,” said Rayson. “All of the Out of the Cold shelters have almost become six-month housing. We’ve created a system that allows them to do that.”

“Supportive housing is critical for us,” he said. “Many of these people you would move into housing have all different challenges that make it difficult for them to sustain housing, so you want to be able to support them once you move them into housing.”

OOTC is expecting a winter similar to last year’s. With its new funding, it is able to bring on new staff, improve the sites and offset costs associated with food and volunteers. However, improving the program doesn’t stem the problem.

“We were never supposed to be here for this long,” said Rayson.

“This started as an emergency shelter for the homeless, a band-aid solution. It never went away. When we started this thing, we all said, ‘We should be gone in a few years.’ This shouldn’t have to happen.”