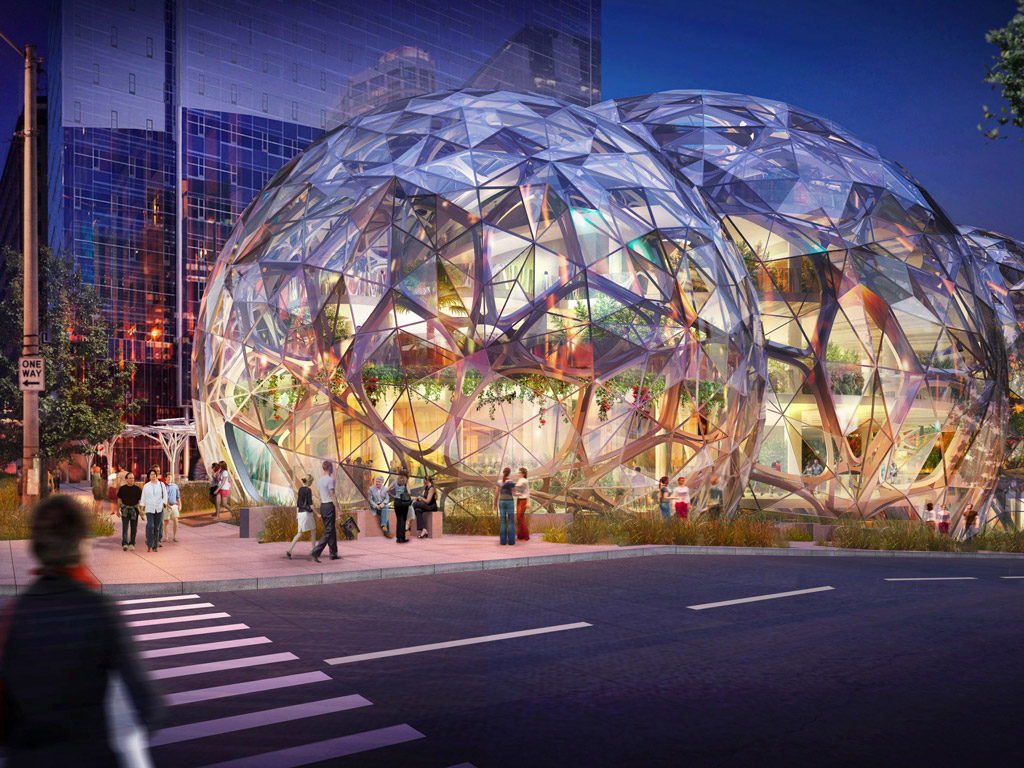 It may be a long shot that Amazon will choose to build its massive second headquarters in Markham or Vaughan, but what if a side effect of the effort to woo Jeff Bezos is finally changing the way Toronto and its suburban neighbours see one another?

To my mind, there’s something unseemly about the way Amazon is making municipalities grovel for the privilege but given the prize — high profile, 50,000 jobs and untold spinoff benefits — it’s understandable.

It wasn’t surprising Toronto threw its hat in the ring, but it was surprising how it happened: in concert with the rest of the region.

York Region ran five potential sites up the flagpole during the six weeks in which most of the GTA’s municipalities worked in unison to develop Toronto’s pitch. Ultimately two of them — Markham Centre and Vaughan Metropolitan Centre — made the final cut, alongside downtown Toronto and sites scattered from Milton to Ajax.

Putting aside how great it would be for everyone if any of the GTA’s sites actually landed this corporate catch, what may be most noteworthy is how rare it is for our mayors to actually articulate what’s so obvious: that we have a common economic interest.

It almost makes you wonder why they don’t do something similar, pitching the upper levels of government on their mutually developed plan for transit or electoral reform or whatever.

No, most of the time they go about their business with little time or concern for one another.

That was Ajax’s mayor, Steve Parrish, speaking last month at York University alongside a panel of suburban mayors as part of the After Suburbia conference.

The conference marked the culmination of a seven-year research project that has studied suburbanism (the lifestyle or social component of suburbs) around the world, based out of the City Institute at York University (CITY). (Full disclosure: I was privileged to contribute to the project during my two years there as a graduate student.)

The panel was representing the Greater Toronto Suburban Working Group, formed to “create a discourse about the suburbs by the suburbs, in the suburbs, for the suburbs,” according to its co-coordinator, Sean Hertel, a Toronto-based planner who once worked for York Region.

Parrish was pointing out the absurdity and powerlessness of the current situation of Ontario’s municipalities and the importance of governance and mutual self-interest.

Barrie’s mayor, Jeff Lehman, indicated the proof is in the pudding: 443 municipalities in Ontario are governed by a single law, and yet the City of Toronto has its own legislation and permission to use taxing powers that give it greater independence.

Linda Jeffrey, Brampton’s mayor joked, with only a hint of irony, that it’s her municipality, not Toronto that is the proverbial centre of the universe.

It’s certainly a bit of dark humour for those of us who live just outside Toronto and feel eternally in its shadow. And it’s not just that it feels that way. Jeffrey noted there’s “a lot of turf war” and scarce resources when it comes to our fast-growing region.

Just look at transit, where York Region needs to wait for Toronto to fix its own network before the desperately needed Yonge subway extension can get rolling. Even if that weren’t the case, neither Toronto nor York Region is remotely capable of building such a project alone. The way our country was built back in the 1860s ensures municipalities are legally hamstrung. As Parrish pointed out, the growth logic that dictated the need for our regional municipalities in the 1970s is equally obsolete.

It’s been more than 20 years since Anne Golden’s report outlining a more sensible regional system of governance, but all that’s happened since is some new powers for Toronto.

The Amazon bid, along with 2015’s Pan Am Games, show that, when push comes to shove, we know — not very deep down — that we’re all on the same side. And yet, acknowledging it day to day remains a rarity for some reason.

The challenges we’re facing can’t be addressed by powerless fiefdoms, but there is strength in numbers. To Jeffrey’s point, those numbers favour the suburbs, where the majority of GTA residents live, whether Toronto likes it or not.

Sure, it would be cool if Amazon shocked everyone, building its new campus at Jane and Highway 7, but whether we win the bid or not, maybe the more important legacy would be a new era of teamwork.