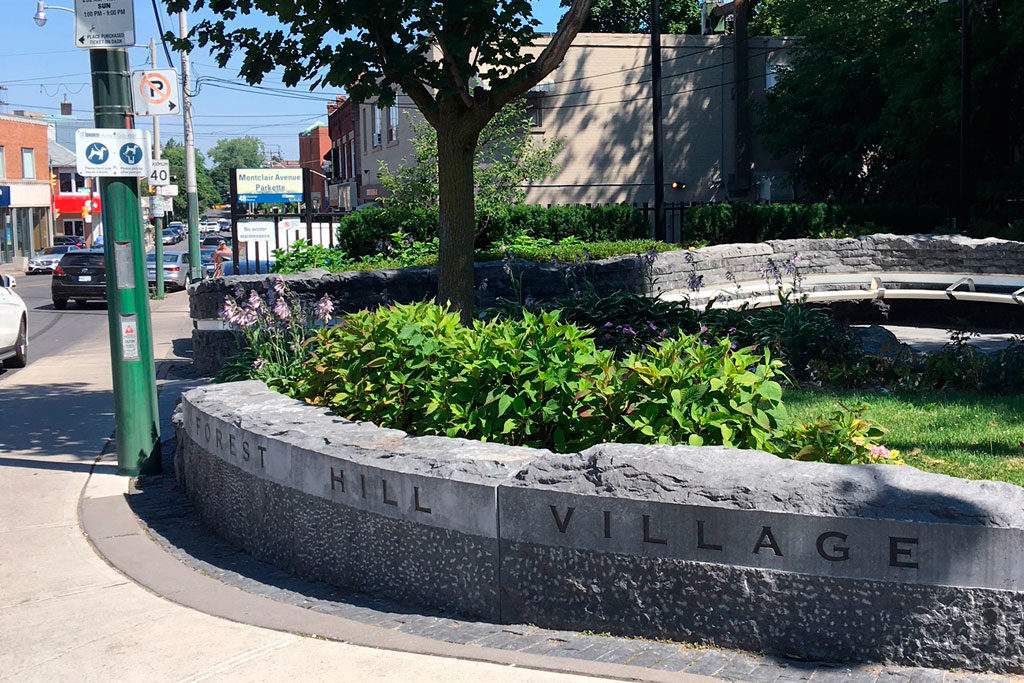 Toronto is a city of neighbourhoods, and although people are very proud of the place in which they reside, few look into the history of the area or even how they were named. Here is a look at 10 such locales and the stories behind the names.

THE STORY OF SUMMERHILL

Toronto’s swanky Summerhill neighbourhood was named after the estate (perhaps ironically) dubbed Summer Hill cottage, owned by transportation magnate Charles Thompson. He built the 1842 estate on what’s now Summerhill Gardens, and at one time it housed an impressive amusement park featuring a dance pavilion for the jitterbugging faithful as well as rides and games. The property was purchased in 1866, and in 1911, it was sold again to land developers. The 1865 coach house still stands behind 36 Summerhill Gardens, if anyone is keen to eye a bit of history.

Seaton Village, sometimes referred to as the west Annex, was named after John Colborne, the first Baron Seaton, who served as lieutenant-governor of Upper Canada from 1828 to 1836. Colborne founded iconic Toronto boarding school Upper Canada College in 1829. He also helped to increase the province’s population substantially throughout his time as lieutenant-governor. Almost 200 years later, the village would become home to actor Meghan Markle during her time on the TV series Suits before she became part of the Royal Family when she married Prince Harry. No big deal.

This west end neighbourhood’s namesake is Lord Dufferin, or Frederick Hamilton Temple Blackwood. Originally dubbed “the Side Line” or the second line west of Yonge Street, the road was named Dufferin Street in 1876 after Blackwood, who was the governor general of Canada at the time. Quite the intriguing character, Blackwood was a British diplomat and travel author, and prior to serving as Canada’s governor general, he was a lord-in-waiting to Queen Victoria, who once commented that he was “much too good-looking and captivating.”

ROSEDALE BY ANY OTHER NAME

The story of how Rosedale, one of Toronto’s most coveted enclaves, got its name is just as romantic as it sounds. When they settled there in the 1820s, William Botsford Jarvis — high sheriff of the Home District of York — and his wife Mary named their estate “Rosedale” after the wild roses that grew abundantly around the property. So sweet. The house overlooked Castle Frank Brook, part of the Don River, and with a wildflower garden, a conservatory, a sweeping double staircase and wood-panelled entryway, the house was said to be one of the finest in Toronto. Castle Frank TTC station still smells of wild roses today. No, not really.

Also one of Toronto’s most sought-after and wealthiest enclaves, Forest Hill was named after John Wickson’s summer home, which was built in 1860 at Eglinton and Old Forest Hill Road. Prior to its incorporation as a village in 1923, the area was called Spadina Heights, derived from the Ojibwa word for hill, ishapadenah. The city annexed Forest Hill in 1967. It was one of the last independent villages in Toronto.

The Leaside neighbourhood had its beginnings when the Lea family bought a 200-acre farm in the township of York in 1820. John Lea died 34 years later in 1854, and his children, John and William, inherited the property. The two sons ran a farm on the plot, and the name “Leaside” was chosen for William’s home. The name stuck, and in 1894 the Canadian Pacific Railway opened a station nearby that they named Leaside Junction.

First Nations people once called the Deer Park area mushquoteh, meaning “an open area where deer come to feed.” When the Heath family bought a 40-acre piece of land near what’s now Yonge Street and St. Clair Avenue in 1837, it made good sense to name the plot Deer Park. The nabe, which encompasses Upper Canada College and De La Salle College, once housed a hotel called the Deer Park Hotel, where guests could feed the deer wandering around the land.

The area of Armour Heights, which is bordered by Wilson Avenue, Bathurst Street and the Don River, was named after farmer John Armour, who in the 1830s owned a homestead where Armour Heights Community Centre stands today. During the First World War, the next owner of the land, Col. Frederick Burton Robins, allowed the military to use the area as an air training facility. Famed female pilot Amelia Earhart once worked there, and after the war, heroic Canadian flying ace Billy Bishop operated the airfield.

Scotsman James Hogg settled the Hogg’s Hollow area in 1824, opening a gristmill and a whisky distillery. In fact, he was one of the most successful millers in the area at the time. In the mid-1800s, Hogg’s children turned the land into a subdivision called Hogg’s Hollow, which encompassed 141 lots. Four of the original houses are still intact today — two of which previously served as mill workers’ cottages and are now part of the upscale French restaurant Auberge du Pommier on Yonge Street.

In comparison to other Toronto neighbourhoods, The Bridle Path was a bit of a late bloomer, but this doesn’t make it any less spectacular. The area was no more than farmland until the Bayview Bridge was built in the late 1920s when developer Hubert Daniel Bull Page had the grand idea of turning the land into an upscale subdivision filled with beautiful mansions. He first built a colonial home at 2 The Bridle Path and designed a winding maze of equestrian paths for the horse-loving clientele — hence the name.