This T.O. sneaker shop is so popular that even celebrities can't resist a visit
Skip to content 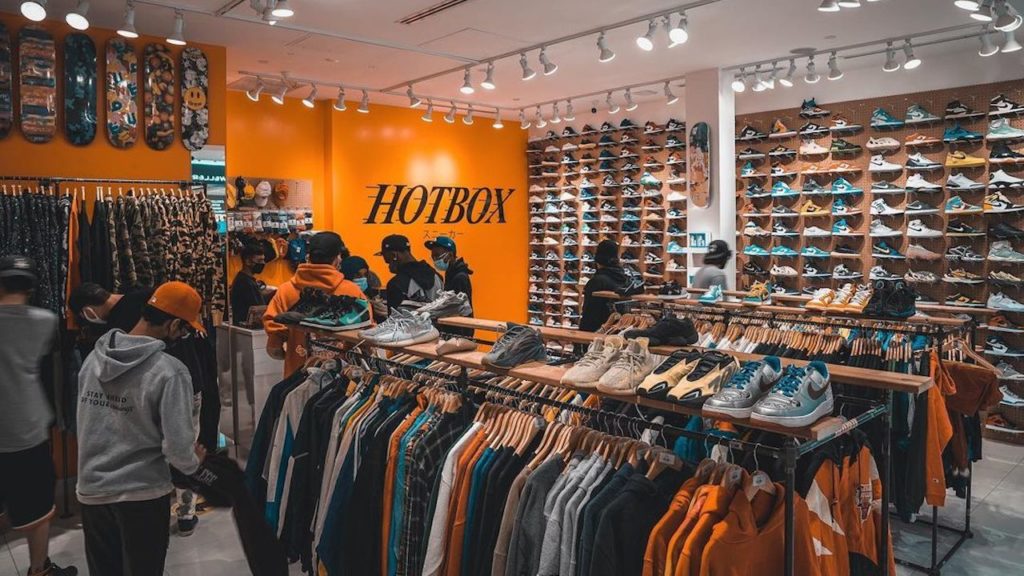 Consignment sneaker and streetwear stores are popping up all over the place in Toronto now. But just a few years ago, if you wanted to consign your sneakers or find some hard-to-source brands for your own collection, the options were few and far between. Hotbox, one of Toronto’s most well-known sneaker shops with a fanbase of a few of the city’s top athletes and rappers, has been around since practically the beginning.

For owner Christopher Solhi and Hotbox, the game plan to stand out in the market was simple. With most Toronto resale stores offering products through a consignment basis, Solhi saw a gap in the market and entered it through a buy, sell, trade method.

Consignment selling is when a customer arranges a deal with a shop owner to sell their product under the company’s name. The customer owns the product in its entirety and when the product eventually sells, shop owners take a cut of the profit, almost as a seller’s fee.

However, Solhi implemented a buy, sell, trade strategy where customers can enter the store and trade in their valued product for cash on the spot or store credit (which tends to give you more bang for your buck). Since its opening in 2017, Hotbox has expanded faster than most brands into multiple locations, garnered over 60,000 followers on Instagram and developed a celebrity following of customers from NHL players Auston Matthews and Mitch Marner to rappers Tory Lanez, Killy, Night Lovell and more.


Originally, Solhi had no ambition to pursue a career in the sneaker industry. He attended a local business school and had hoped to venture into law school post-graduation. But when his father passed away in April of 2016, it sparked a newfound mentality in Solhi.

Solhi says he was on his own, and needed a way to produce his own income. “I had accumulated over 300 pairs of sneakers since high school, university and whatnot. I needed to sell the shoes to basically start a business.”

He decided to try his hand at selling those 300 sneakers on multiple online platforms, including Kijiji. Eventually, the owner behind sneaker consignment store Essential Canada suggested that Solhi sold his sneakers through his shop. At this time, the man’s store was the only sneaker consignment shop in Toronto.

“So I went downtown. I brought a bunch of shoes, some brand new, some pre-owned ones. They took the brand new ones and sold them for much higher than I had originally intended,” he says. “But with the pre-owned ones, they basically laughed and told me we don’t sell pre-owned.”

He would eventually visit the store within the coming weeks, collecting his first cheque which he says he was “very, very pleased with.” At this moment, Solhi realized that there was an opportunity to capitalize on the lack of representation in the pre-owned clothing market.

Solhi would open his first Hotbox location at 384 Yonge St. in Toronto on his dad’s birthday, June 24, 2017. After some heated back and forth, he decided that the best location for the store would be in the same mall as his competitor, the same man he originally sold his shoes to.

“I was thinking about what my dad used to tell me growing up. Never open a business. You could have a good business but if someone opens up a better business beside you then they could take your customers,” he says. So I just took that model and reversed it by opening in the same mall as him.”

On day one, Solhi sold 35 items, proving to himself that he had something special. He ran the store by himself before hearing news of competitors from the United States potentially moving to Canada.

His response was to get his buddy involved at the Toronto store, pack up and move to Vancouver with his girlfriend at the time to open a location there. After eight months, Solhi stabilized the Vancouver business came back to Toronto.

After Vancouver, Solhi opened a location at Promenade Mall. Suddenly, the COVID-19 pandemic struck, ultimately leading to the Vancouver location shutting down.

In January of 2020, Cadillac Fairview reached out to Solhi offering him locations at Sherway Gardens, Shops at Don Mills, Markville Mall and Fairview Mall. He first bit on the Sherway location, which he says made unexpectedly high sales in the first week.


Unfortunately, Solhi and CF would come to blows over a bully offer made by an undisclosed rival store. After months of drama, Solhi oped to move his Promenade location to Upper Canada in March of 2021. Sherway Gardens moved to Square One in the same year.

Currently, Hotbox has locations in Upper Canada, Square One and a pop-up shop in Oshawa Centre, all designed in the signature Hotbox style with endless types of sneakers lining the walls. Solhi also added that Hotbox’s Toronto flagship is set to relocate to Queen Street.

When asked if he wanted to see the store grow in any particular way, Solhi says, “I just want to get to the point where we can fly straight. We’ve been constantly growing and expanding so it would be nice to relax for once.”