Hot Docs interview: why you shouldn’t believe everything you read - Streets Of Toronto
Skip to content 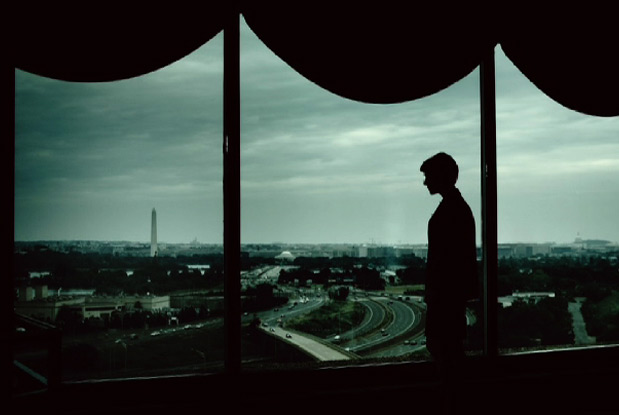 Shadows of Liberty is a pull-no-punches kind of film that looks at how quality news reporting is being crushed between government and corporate interests. It is the work of Jean-Philippe Tremblay, a U.K.-based Canadian director, writer and producer, and received its world premiere on Friday at Hot Docs. Although Tremblay has years of experience in documentaries, this is his first feature-length film. Nevertheless, it shines with high production values, and the list of names in it — including WikiLeaks founder Julian Assange and former news anchor Dan Rather — is impressive.

To get the inside news on what corporate-owned mainstream media won’t tell us, we spoke with Tremblay, and one of his stars, media critic Jeff Cohen. Here are some highlights.

Cohen: [The U.S.] is a country that was founded by revolutionary journalists and pamphleteers… Now it’s devolved… There are half a dozen conglomerates that are sitting on the windpipe of the First Amendment.
Tremblay: Mainstream media are this very sophisticated propaganda where they can do whatever the hell they want. They can take an issue and divert it every which way, prioritize certain issues that have no reason for being there except to hide information and divert people’s attention. And that’s why we made this film.

Tremblay: There are more and more Americans and people around the world getting involved in media reform. But for change to happen, we have to all get involved, we have to get mad. And the change is going to happen over the next decade with new technology and the Internet.
Cohen: The way of the future is independent media. There is an ethic among the ethical big bloggers that is far beyond anything in the mainstream media.

The changing meaning of the word “news”

Cohen: Jon Stewart’s The Daily Show and The Colbert Report do the kind of feisty reporting that news is supposed to do. In [the U.S.], you can’t say that stuff unless you’re a comedian. Since they don’t pretend to be journalists, they can get away with journalism.

Tremblay: I don’t think [BBC and CBC] are perfect institutions, because they are tied to the government, and these governments are kind of lapdogs to the American government. That being said, they do serve the public better than any of the mainstream media organizations in the United States. I’d much rather listen to CBC news or BBC news than NBC or ABC or Fox News.
Cohen: I was watching CBC today and it is so much better than U.S. news. And on the BBC, I was stunned to see four people analyzing the global economy talking about the disappearing middle class and how we can’t fix things with more austerity. Now, in my country, that’s an “alternative” view. But on the BBC, it was the mainstream position.

Cohen: People in the movie have organizations and websites. Amy Goodman hosts Democracy Now!, John Nichols writes for The Nation. Hopefully people will leave the movie critical, not trusting, and they’ll search the Internet. And as long as we maintain a free Internet, they’ll be able to find alternatives.
Tremblay: Apart from just the film, we are going to start building an outreach program on media reform through our website.