Hooking up in a heartbeat - Streets Of Toronto
Skip to content 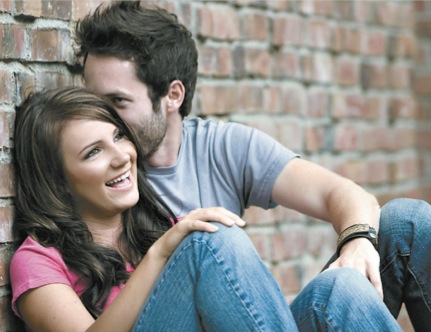 A FEW YEARS ago, media outlets were running big features on teen sexual behaviour and the epidemic of oral sex among young teens. Girls who were interviewed all said pretty much the same things: 1) it’s not really sex if you don’t have intercourse, and 2) boys won’t pay attention to you or like you if you refuse.

As mothers, many of us went directly to Defcon 4, which is code for a full-blown parental anxiety attack which only ever has one outcome: Prohibition. Telling teens not to do it.

If prohibition worked, we’d all be happy parents. We’d be able to prevent our kids from doing the scary things that we know are not good for them. Wouldn’t that be great? In your dreams.

Teenagers do exactly what they want. We can be highly effective at getting them to not do the bad stuff in front of us (and indeed at ensuring that they hide that sort of activity). That’s called lying. All teens lie to their parents. When we prohibit any behaviour, we’re only encouraging teens to do more of what comes naturally.

When we prohibit, the teen hears our voice as a tiny murmur against the backdrop of the veritable roar of their peers and the media. We are highly predictable, horribly uncool, and our advice equals, in their view, a first class ticket to social Siberia.

Sexual activity among teens is nothing new, but it is new that teens “hook up” both regularly and casually. Results of a Teen Today study show that teens who engage in early sexual behaviour experience higher levels of stress and depression than their peers who are not sexually active. And when it comes to sex, our voices are not exactly the loudest ones out there. Media messages that appear to promote the glamour of sexuality devoid of relationships are powerful and sell kids a big lie: that it’s cool for young people to be sexually active. Add in the inevitable teen talk, and your kids are in the pressure cooker. For girls, the fear is that boys won’t pay attention to them or like them if they refuse to “hook up.” For boys, there is the false notion that “real men” (which all boys aspire to prove themselves to be) are masters of sexual conquest who never stop wanting it.

Parents who go up against peers run the risk of losing their street cred. And the lower your cred, the less your teen will talk to you. And that is the answer: talk. By which I mean: listen.

If you can keep teens talking to you — about what they’re thinking, feeling, worrying about, scared of, hoping for — that is the best way to inoculate them against making bad choices. It goes like this: Your teen drops a small hint about possible impending sexual activity. Your teen doesn’t hire a small plane to fly over your house with a banner that reads: “I am considering the possibility of becoming sexually active in three weeks and four days.” Info comes out in tidbit form, the merest wisps of information floated past, audible only to the parent who is really listening.

“Active listening” is the term for gently and unobtrusively drawing out teens so that they can go on their own voyage of self- discovery with the parent as the loving but not authoritarian facilitator. I often literally sit on my hands to remind myself to shut up and listen. It’s amazing what teens say when we stop telling them what to do and start listening to them.

Teens who are considering sexual activity are at the threshold of a scary step and
experiencing a maelstrom of conflicting feelings. Your job is to support them to gain awareness of their feelings and help them realize that they control their choices and needn’t simply “go with the flow” or buy into stereotypes and expectations.

Active listening may seem difficult. Ask open-ended questions: How does that feel to you? Is this exciting? Is it scary? How can you think about it and make a decision? What’s the upside? What’s the downside?

Every question you ask is a fishing expedition, designed to get your kid thinking. You won’t catch the big one every time, but if you persist with the active listening approach, over time, your teens will learn to think and talk about feelings that are both pressing and hard to talk about. They will then be more likely to make self-nourishing choices. You are most helpful to them when you teach them to talk about their feelings and these challenging choices. Your teen will talk more and act out less.

And you’ll sleep better at night.

Parenting columnist Joanne Kates is the director of Camp Arowhon in Algonquin Park where she teaches 150 staff to parent effectively and acts as “Mom” to 300 kids at a time, every summer.