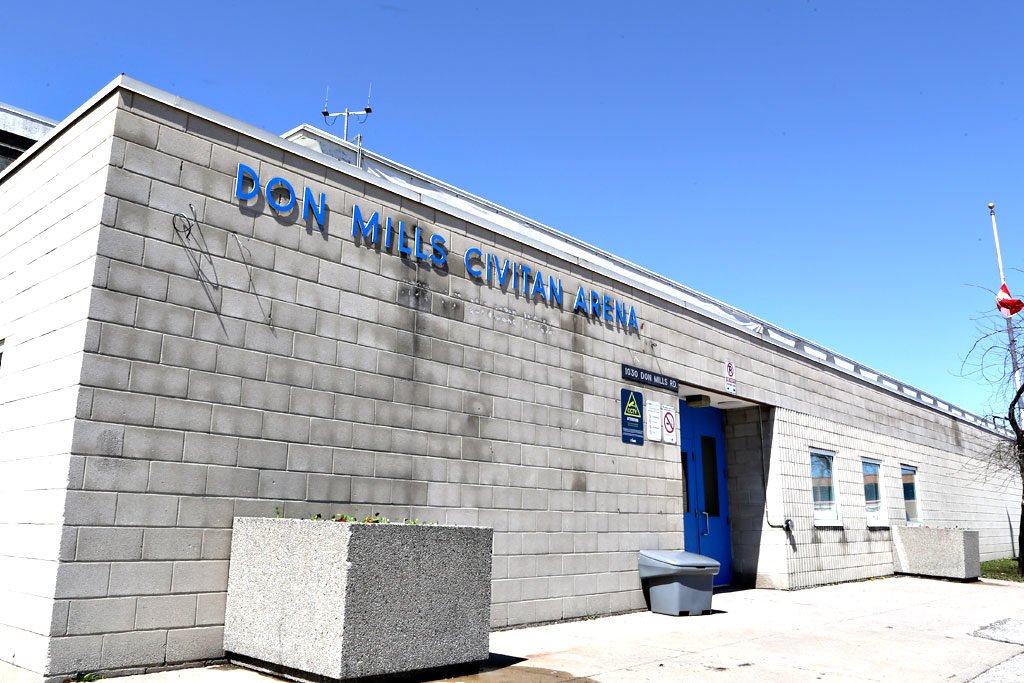 The Don Mills Civitan Arena, just south of Lawrence Avenue West near the Shops at Don Mills, will double as a 24-hour homeless shelter this summer amid an unprecedented demand for shelter space in Toronto.

The hockey arena is one of two new respite centres scheduled to open this month, on a temporary basis, and will take clients from two existing shelters unable to continue operation in the Annex and on the Canadian National Exhibition grounds downtown.

The arena at 1030 Don Mills Rd. will open May 21 and will have 100 cots set up on the concrete pad where the ice is installed during the winter season.

Patricia Anderson, with City of Toronto, Shelter, Support & Housing Administration, said the arena has shower and washroom facilities on site, welcomes pets and will serve all genders.

“Clients will be transported by the city to the site when it opens. After that, the site is accessible by TTC. If required, we would provide tokens,” Anderson said.

Doris Bies, of Don Mills Residents Inc., said there has been a mixed reaction to the shelter within the local community.

“We’re empathetic to the needs of the homeless. I just find it to be odd to bring people up here when most of our homeless are in the downtown core,” Bies said.

The Annex shelter on Davenport Road, which opened earlier this year, will be forced to shut down on May 25 for renovations to turn the building into a permanent shelter for women. The emergency shelter operating in the Better Living Centre, at Exhibition Place, will close May 11.

Anderson said the city chose the arena because the building would have otherwise been empty all summer, with no existing programming scheduled. She also pointed out that homelessness is not confined to downtown Toronto.

“There are people experiencing homelessness all over the city. It’s not just a downtown issue,” she said.

Bies said some residents have also voiced concerns over how the shelter will impact the Shops at Don Mills and surrounding area.

The transition will begin in the coming weeks, and Anderson said community relations is priority number one.

“This site will be operated by City of Toronto staff. As with all our services, staff will support clients as required and address any issues with neighbours should they arise,” Anderson said.

Other residents noted that the centre is in pretty rough shape.

“Some people are worried about the Civitan’s ability to properly house the homeless in there,” Bies said. “In the summertime, that building gets so hot. It’s in pretty bad disarray because we know that building is coming down in the next year or so. So they haven’t really put any tender loving care into it. Would it be appropriate for people to be sleeping in there?”

There won’t be any renovations made to the arena, according to Anderson, apart from minor changes such as ramps put in for accessibility.

Still, Bies said there are others who think it is a great use of available space within the city.

“A gentlemen on our street absolutely loves it, thinks it’s a great idea, great use of the space. It’s actually something that he would love to volunteer for,” she said.

The facility will ensure the ongoing availability of meals, service referrals and places to rest for those experiencing homelessness in Toronto.

Since the start of 2018, the city has added 807 shelter beds, including 648 beds in motel programs and 159 in emergency shelter programs. A separate initiative is underway to create 1,000 new shelter beds by 2020.