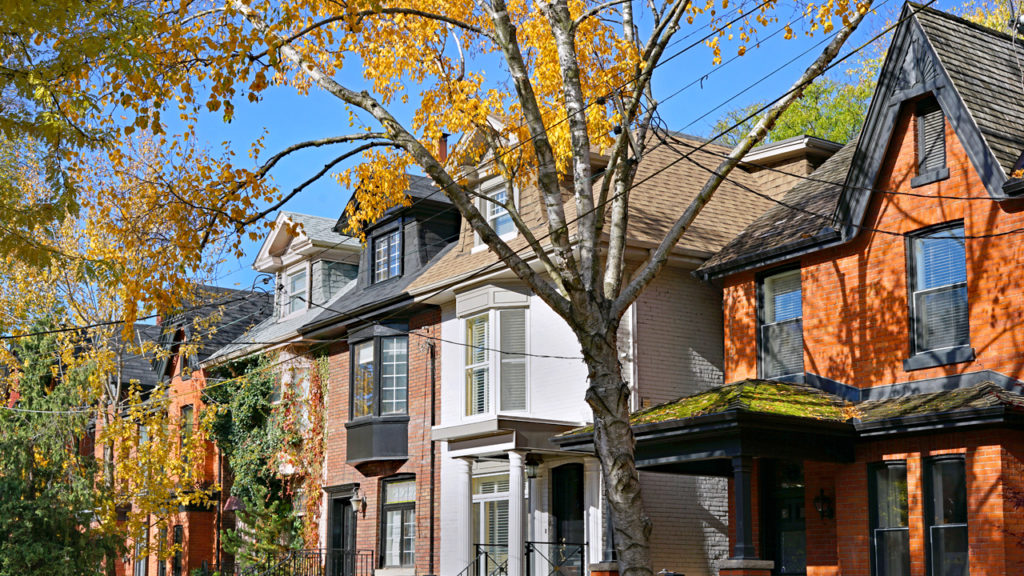 When Laure Leckwold and her partner, Brian Forwell, began house hunting in Toronto this September, the city’s benchmark home price had already fallen by 16.5 per cent, or more than $200,000, in just six months. Yet despite some seriously discounted listings, the couple knew that, when it came to the type of property they wanted, they were still “completely priced out” of the market, said Leckwold, an empty nester who works in finance. “You have to be super successful to buy a [detached] house in Toronto … or win the lottery.”

With a budget between $500,000 and $800,000, the couple certainly weren’t going to find their dream detached home in Toronto proper, where prices for this property type averaged $1,609,077 last month, according to the Toronto Regional Real Estate Board. Determined to finally get out of the two-bedroom Yorkville condo they’ve been renting since 2015, they’ve since set their sights outside of the GTA. They’re looking to Kitchener-Waterloo, where Forwell grew up and has family, some of Leckwold’s co-workers live and, of course, where real estate is much cheaper.

“A nice three-bedroom is not impossible for someone whose income is [the Canadian median of] $66,800,” said Leckwold of the kinds of homes she and Forwell can afford in Kitchener-Waterloo.

Despite massive drops in prices and sales volume in Toronto over much of the year, Leckwold and Forwell are far from alone in finding that home ownership remains out of reach in the city. In fact, with interest rates skyrocketing after a record-smashing price run up amid the pandemic, experts suggest that the correction hasn’t done much — if anything — to improve affordability in the country’s biggest housing market. Six months later, everything and nothing has changed — Torontonians priced out of the city are being forced to look elsewhere.

“The bottom line here is that prices are dropping, but housing hasn’t necessarily become more affordable,” Marc Desormeaux, principal economist for Desjardins, said, citing higher mortgage rates as the main culprit. “In the next few quarters, rising interest rates are really going to be the main driver of the story and will have an impact on the affordability of housing in a negative fashion, unfortunately.”

The economist runs some numbers to demonstrate how the Bank of Canada’s rate hikes this year are countering plunging prices. Based on the benchmark price of a Toronto region home, the average available five-year conventional mortgage rate and a 25-year amortization period, he estimates that the mean mortgage payment in September was up about 10 per cent from the home price peak in March.

Higher rates are especially bad news for Toronto, suggested Desormeaux: “It’s also the jurisdiction with the highest average home prices in Canada, and so when interest rates go up, it’s disproportionately hit in terms of affordability.”

Although Adam Feldman, a sales representative for Harvey Kalles Real Estate Ltd., has seen some clients take advantage of better pricing and less competitive bids in Toronto, he agreed that elevated borrowing costs eat away at savings from lower home values. “Even though the prices are coming down, the affordability is still challenging because of interest rates,” he said.

If would-be GTA homebuyers aren’t eyeing other towns or cities like Leckwold and Forwell, some are putting off their next purchase. That’s the case for Adam Staviss, 42, a project manager for a tech firm. Staviss wants to buy a second condo in Vaughan or perhaps midtown Toronto — but he’s waiting until the spring.

“I’m saving up some money,” he explained. Is he afraid of missing the market’s bottom for pricing? “I’m pretty confident they’re going to go much lower,” Staviss said, who is currently living with family and renting out the Vaughan condo that he purchased for $239,000 in 2010.

Real estate lawyer Jonathan A. Hacohen, a partner at Kormans LLP, a Toronto-based firm, has been about 20 per cent quieter during the correction, he said, but many buyers, including first-timers, are still pulling the trigger on deals in the city.

“The ones that are doing the math, they’re very, very happy — even at the higher interest rates,” he said. “They’re saying, ‘The prices have gone down, I can afford the mortgage payments, I’m jumping in,’” Hacohen explained.

Although Leckwold could make the arithmetic work on a Toronto condo — units had an average sale price of $769,058 last month — she emphasized how much further her money can go in Kitchener-Waterloo.

“Within our budget, there are houses that are anywhere between 1,100 square feet to 2,000 square feet,” she said.

The benchmark prices in September for one- and two-storey detached homes in Kitchener-Waterloo were about $725,000 and $821,000, respectively, according to the Waterloo Region Association of Realtors (WRAR). The association’s president, Megan Bell, confirmed it’s “absolutely” possible to find the sort of home Leckwold and Forwell are looking for within their budget. Torontonians still looking to buy in Kitchener-Waterloo are driven by affordability due to higher interest rates, Bell said.

Of course, even searching for property outside Toronto these days comes with difficulties. “Buying a house is scary,” Leckwold said. “Especially with everything that’s been going on with the interest rates and the market and all of that.”

Because so few homes are changing hands right now, she said, it’s hard to find comparable recent transactions to gauge a fair market price on a given street, for example. Just 518 homes changed hands in the Waterloo region in September, tracking 30 per cent under the month’s five-year average, according to WRAR.

“We’re living through uncertain times,” Desormeaux said. The Desjardins economist suspects concerns over the economy may be another factor keeping some potential Toronto buyers out of the action. “That’s something that could be contributing to the weakness we’ve seen in sales and prices alongside just deterioration in the economic outlook and the higher interest rates.”