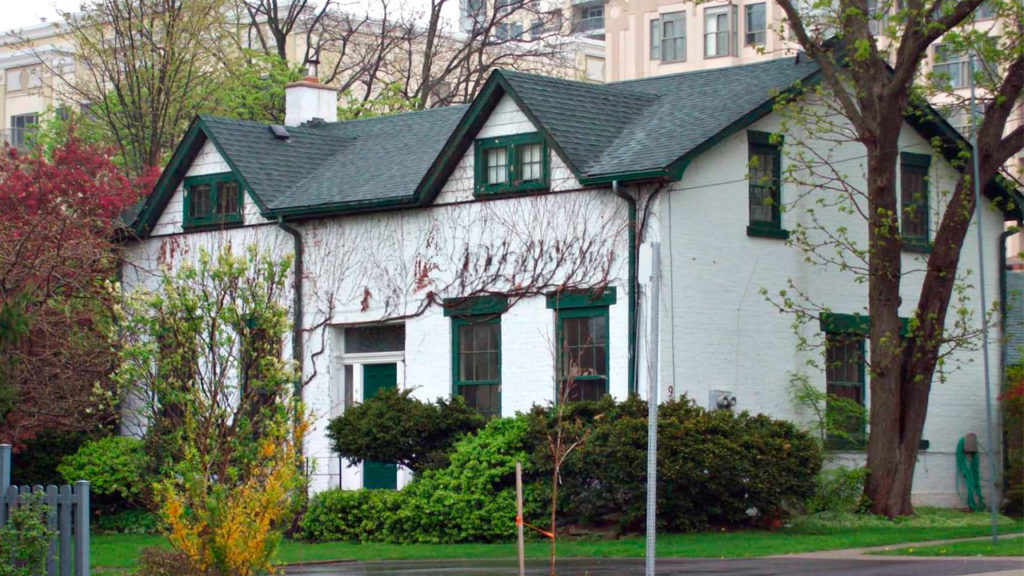 A proposed 14-storey condo development along the Sheppard subway line in North York could see the relocation of a historic 166-year-old farmhouse.

The site is currently home to three single detached buildings including the Thomas Clark House, located at 9 Burberry Pl., which has been designated under the Ontario Heritage Act.

According to a heritage impact statement submitted with the application, the house was built in 1855 and was the second residence of Thomas Clark, a farmer and founder of Clark’s Congregation of the Wesleyan Methodist Church, forerunner of Oriole-York Mills United Church. The statement says the house is historically significant due to its connection to Clark, but also has architectural significance due to being a classic example of a rural dwelling in the Georgian style.

Development of the property would see the Thomas Clark House relocated to the northwest corner of the property, while the other two existing buildings would be demolished.

“There is a lot of work yet to do on this application and it’s going to be very interesting because there’s great passion for this heritage house,” said Shelley Carroll, the city councillor for the area. “To have this structure is really special for a neighbourhood like this that has seen so much subway generated intensification.”

A virtual community consultation meeting for the application is scheduled for June 10, and Carroll said she has heard concerns from the community regarding density, the building’s distance from other buildings and its potential impact on traffic in the area.