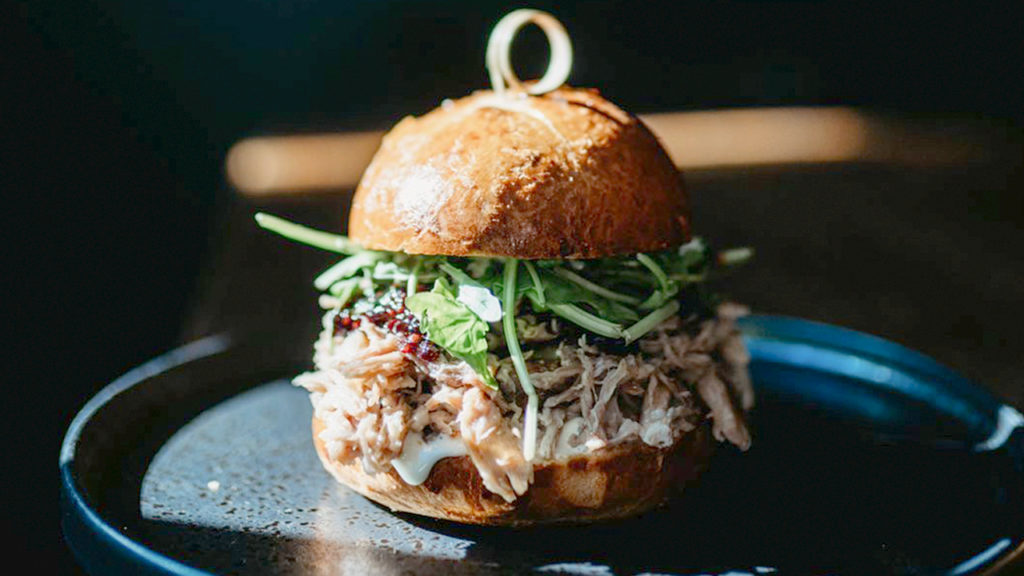 Few of us pass through our twenties without having a brief ambition to open a bar or restaurant with a group of friends. At Blackburn Social House, twenty-something co-owners Armin Eftekhari, Mac Savage, Collin Wong and Coulton Speight are living that dream, with the aim of offering Little Italy its latest local gathering place.

Blackburn pays homage to the street name of a house in Ottawa where the four friends met while attending university. “We lived there for four or five years while we were studying and it was the best place,” says Wong. “Our big thing was an open door policy at all times.”

Wong says that the Blackburn house was a hub for parties, as well as an inviting environment where friends were welcome to come in without knocking and hang out at any time. The co-owners hope to recreate the “come one, come all” spirit of that house with their new restaurant.

The two-floor space features a dining area on the main floor and a casual bar area upstairs, allowing the venue to lend itself equally well to date night dinners or late-night drinks. “We’re not pretentious. There’s no dress code here. Wear what you want to wear,” says Wong. “You’ll enjoy a good dinner and if you want to come and join us for drinks later in the night too, that’s great.”

The culinary program is overseen by co-owner Coulton Speight, who cut his teeth at the Fairmont Chateau Lake Louise in Alberta before moving to the UK to work at high-end restaurants like the Stafford London hotel.

“We’re constantly changing the menu,” he adds. “We never want to have a menu where that’s the menu all the time, forever. We want to have fun with it and keep our returning guests coming back for more.”

The menu features a classic line-up of appetizers, salads, sandwiches, mains and sides, allowing diners to order a variety of nibbles for sharing over drinks or create their own multi-course dinner. Apps include the Hennessy garlic shrimp, a brightly-flavoured dish featuring sauteed shrimp drizzled with a brothy Hennessy emulsion.

The meatballs – which are served in a rich Pomodoro sauce and dusted with Parmesan – and accompanying focaccia are both made in-house.

The restaurant’s levelled-up take on French fries is smashed fingerling potatoes seasoned with rosemary and lemon and served with remoulade sauce. They’re also available as a poutine, with chicken gravy and cheese curds.

The crispy smashed potatoes are also served as an appetizer alongside short ribs, which are slow-cooked for six hours. 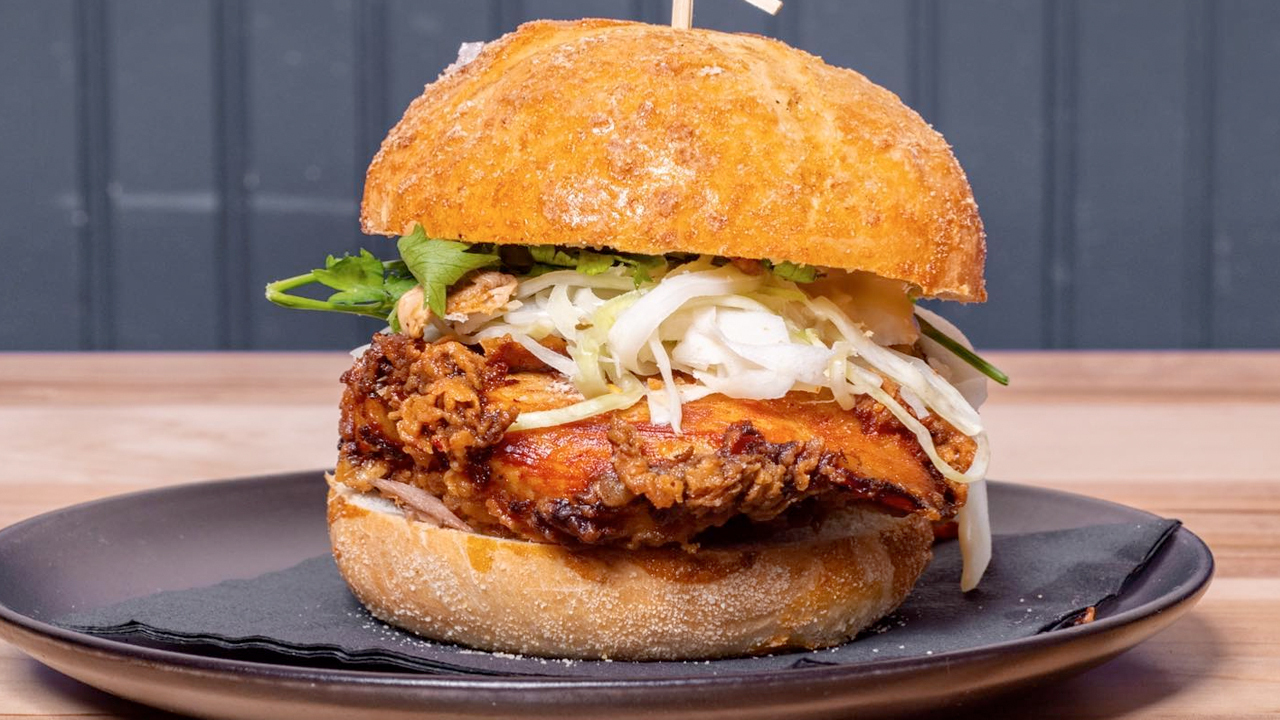 For meat-lovers, there’s a traditional burger, stacked sky-high with toppings and served on a house-made, potato roll-style bun.

The duck confit sandwich turns a fine dining classic into an approachable bar bite. Shredded duck, which is cured for 24 hours and slow-cooked in duck fat, is layered with goat cheese, blackberry compote, baby arugula and orange and served on the same house-made, potato roll-style bun.

Goat cheese and candied walnuts bring creaminess and crunch to the Social House Salad, which is doused in a simple white wine emulsion dressing. 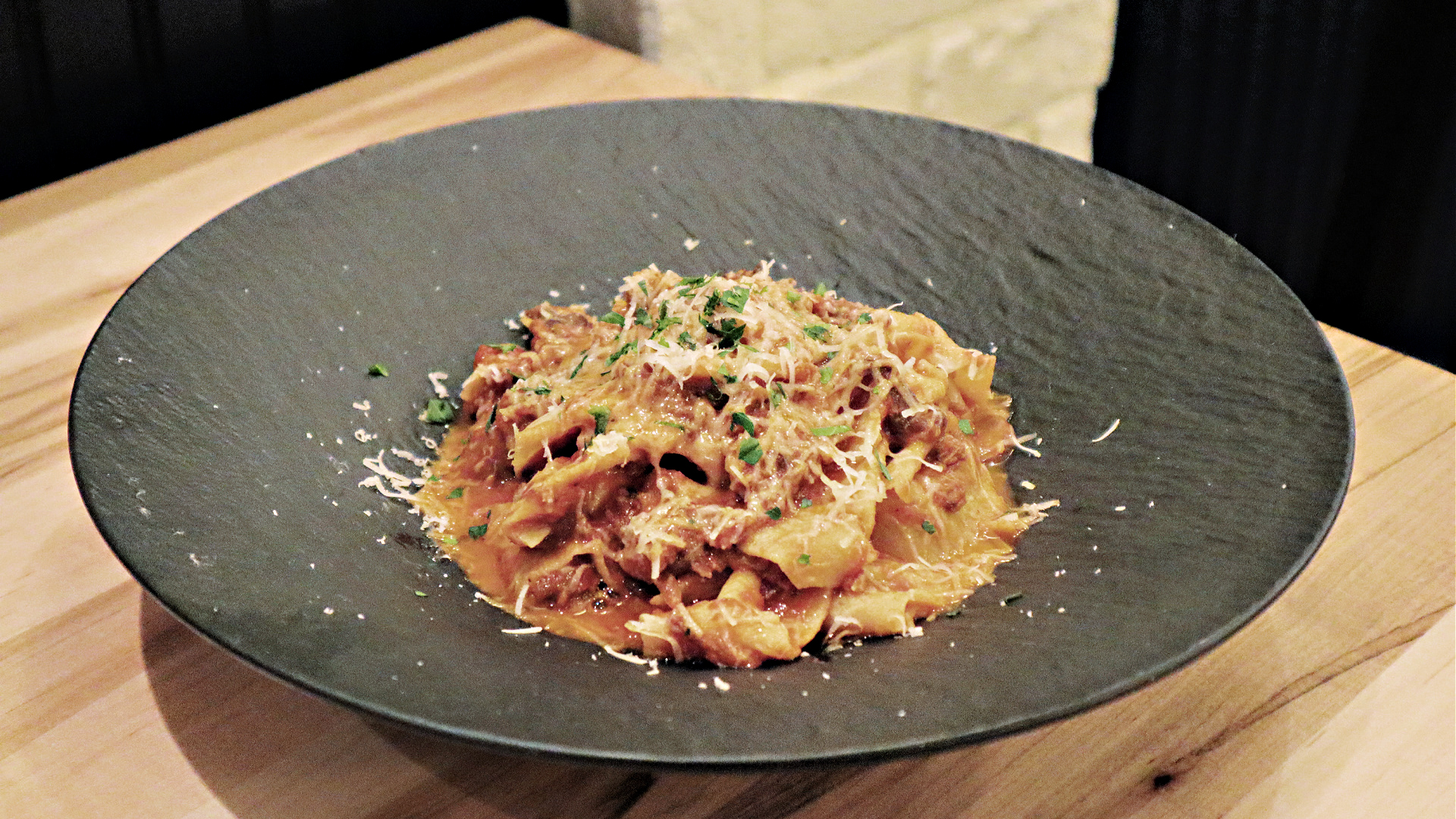 Slow-cooked beef brisket and sauteed mushrooms are tossed with hand-rolled pasta for this savoury pappardelle ragu.

House-made infusions are a focus of the cocktail program at Blackburn Social House. 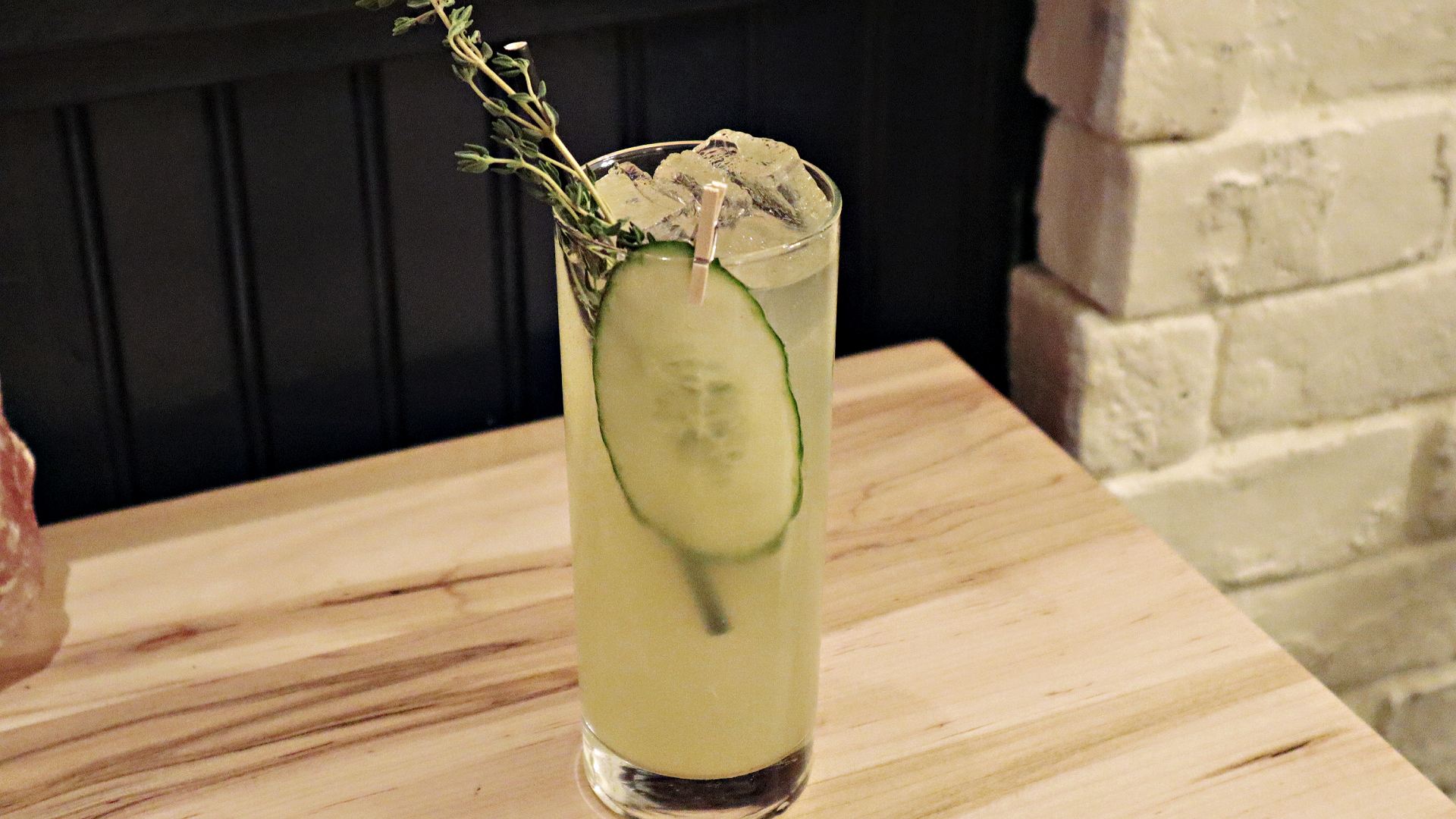 The dessert-like take on an espresso martini – made with freshly-brewed espresso, vodka, Kahlua, Disaronno, Galliano vanilla liquor and Scrappy’s chocolate bitters – is one of their best-sellers.

The wine program highlights small, generational wineries from around the world. There are a handful of beers on tap, including rotating seasonal brews.

The four Blackburn owners bootstrapped renovations of the restaurant, repainting and redecorating the two-floor space themselves. Exposed brick walls, previously painted black, have been whitewashed to brighten up the cozy interior. 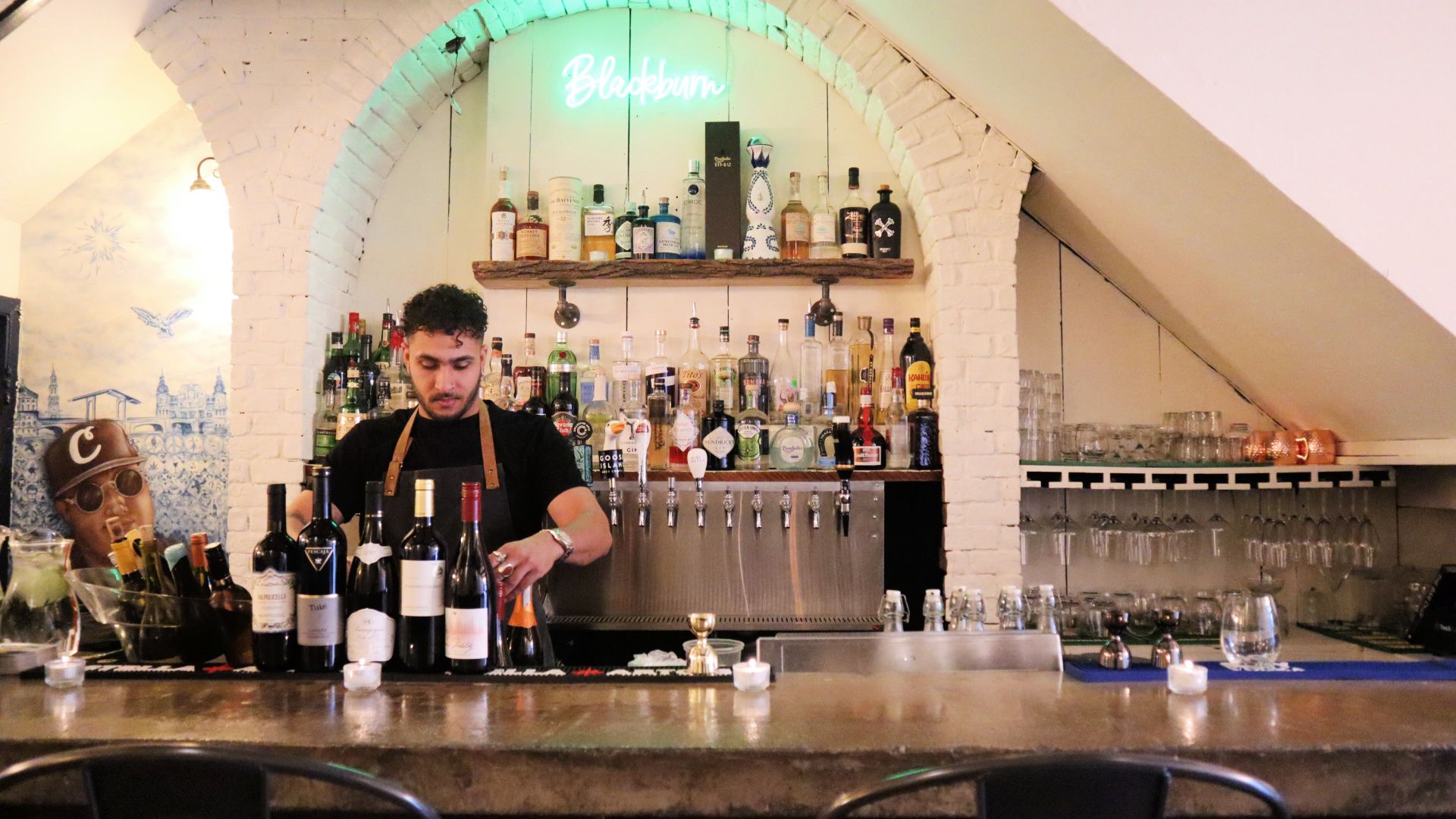 Upstairs, there’s a relaxed bar area with high-top tables. The team are beginning renovations of a secluded back patio area, with the hopes of transforming it into a two-level space in time for summer. 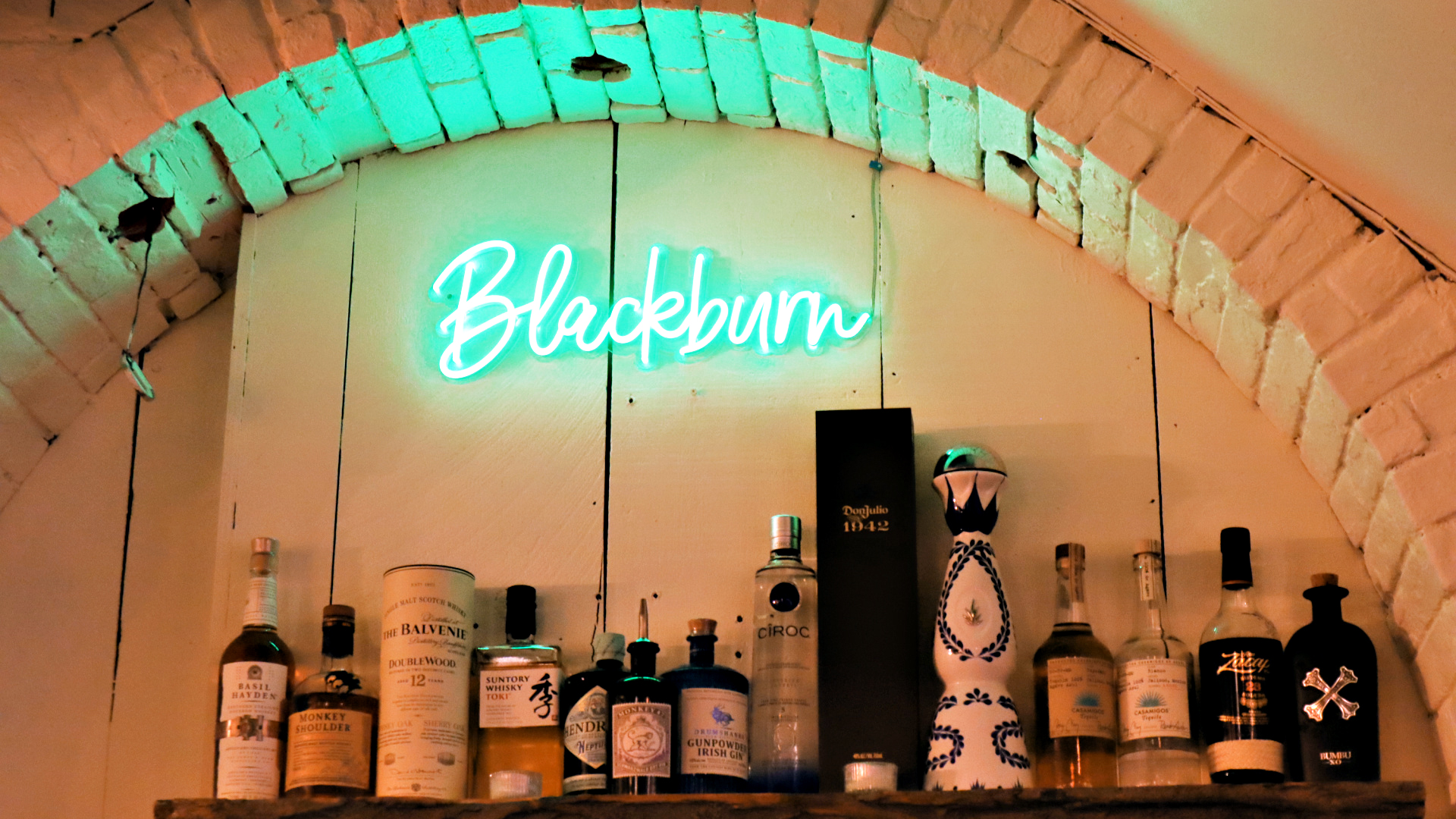