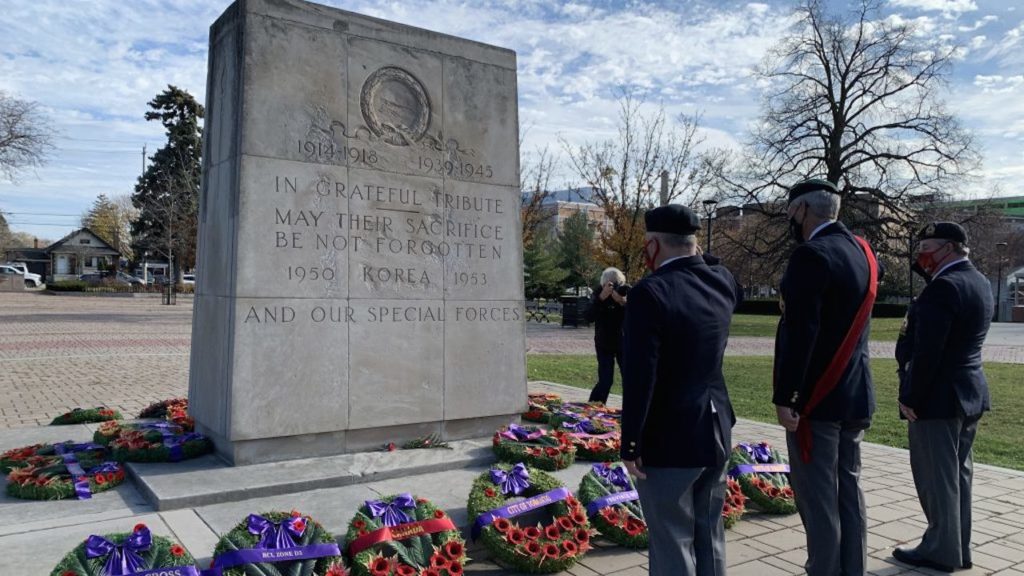 For those looking to honour those who have made the ultimate sacrifice while serving our country during times of war, military conflict, and in peacekeeping, the City of Toronto is hosting a Remembrance Day ceremony at Old City Hall on Nov. 11 at 10:45 a.m.

The Honourable Elizabeth Dowdeswell, Lieutenant Governor of Ontario, and Mayor John Tory will deliver remarks at the ceremony.

There will also be a live stream of the event on the city YouTube channel.

There will also be ceremonies at the following locations beginning at 10:45 a.m:

The City of Toronto sign will be lit in red in remembrance.

The Province of Ontario will also be holding a Remembrance Day ceremony at the Ontario Veterans’ Memorial on the front lawn of Queen’s Park at 10:45 a.m.

The Service of Remembrance will return to the Soldiers’ Tower at the University of Toronto for a special ceremony to honour those alumni, students, faculty, and staff who fell in the First and Second World Wars, as well as other conflicts. It begins at 10:20 a.m.

There will also be a Remembrance Day ceremony at the Toronto Zoo on Nov. 11 at the Waterside Theatre beginning at 10:55. This will be the 37th annual ceremony.

“Veterans and the general public are invited to join in remembering and honouring the many wartime sacrifices that Canadians have made for their country at your Toronto Zoo’s 37th Remembrance Day Ceremony,” the Zoo’s website reads.

There is a beautiful display of Canadian Flags on the front lawn of the historic Manulife headquarters at 200 Bloor St. E. that is running from Nov. 2 to 11. Admission is free.

And to all our veterans, a sincere and heartfelt thank you.