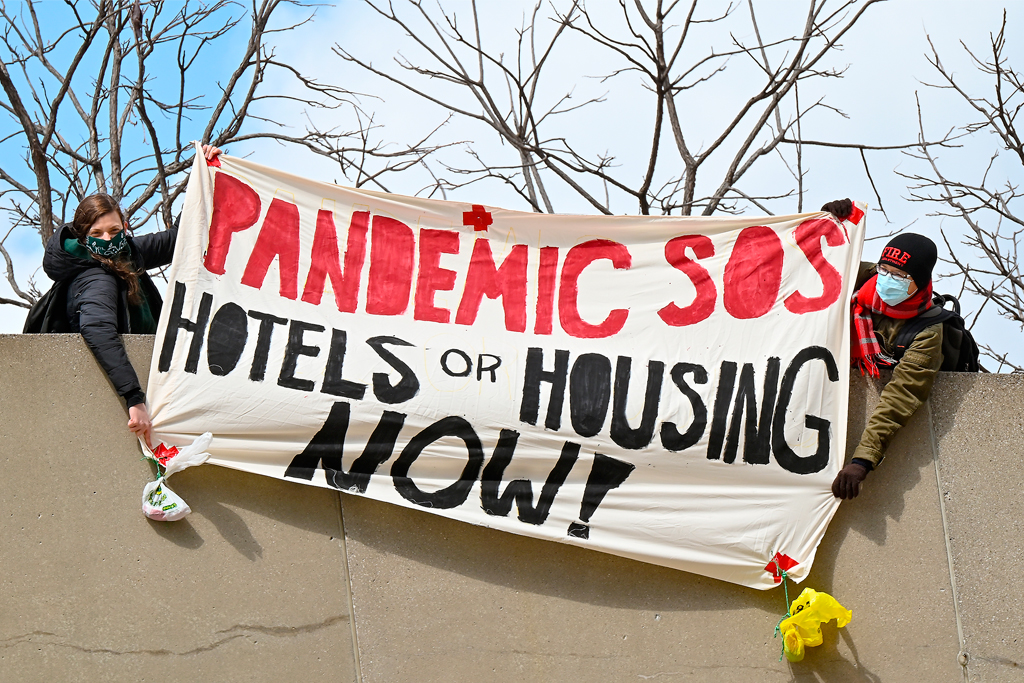 While everyone seems to have an idea for ending homelessness, in Toronto, we’re still struggling to find successful ways to cope with this crisis. According to recent data, in 2021, more than 200 homeless people died in the city, with the number of deaths doubling since 2017. And with the clearing of homeless encampments by police in 2021, and more than 8,000 people in shelters on any given evening, perhaps the solution is to turn to other cities and adopt the best practices from those who have found effective solutions to house the homeless.

Recently an article in the New York Times reported that in the last decade, Houston, the fourth largest city in America, has moved more than 25,000 facing homelessness directly into homes and apartments, which has drastically decreased the number of homeless people by 63 per cent. This Housing First approach centres on quickly moving people into permanent housing and then providing additional services and supports as needed. The underlining principle of this approach, is that people will be more prepared to get their lives back on track if they are first housed.

According to Pathways to Housing, an early adopter of the Housing First program in the United States, the model is simple: “Provide housing first, and then combine that housing with supportive treatment services in the areas on mental and physical health, substance abuse, education, and employment.”

And, we have some experience with this program in Canada as well.

Funded by the Mental Health Commission of Canada (MHCC) the At Home/Chez Soi initiative was a ground breaking study that took place from 2009-2013 in five cities across Canada: Vancouver, Winnipeg, Toronto, Montreal, and Moncton.

The Government of Canada provided $110 million for the pilot project, which emerged as the world’s largest and most in-depth evidence-based exploration of the effectiveness of Housing First. The project housed more than 1,000 people, and according to the Canadian Observatory on Homelessness (COH) proved “beyond a shadow of a doubt, that Housing First solves homelessness.”

Helsinki, Finland is one European city that has adopted the Housing First principle. Since it first launched in 2008, the number of homeless people has decreased by approximately 30 per cent, while the practice of sleeping outside has largely been eliminated and only one 50-person shelter remains. Finland, like many other European cities including Sweden and Portugal, include the right to housing in their constitution. The right to housing provides that “the public authorities shall promote the right of everyone to housing and to arrange their own housing.”

In April, Hamburg, Germany announced that later this year, they would begin a three-year pilot project based on the Housing First principle. Thirty people experiencing long-term homelessness will take part in the program, with one third of the spots reserved for women.

While cities around Canada continue to struggle with the crisis of homelessness and affordable housing, there are some that are doing it right. The Housing First approach demonstrates that getting people into independent and permanent housing may be the best solution.