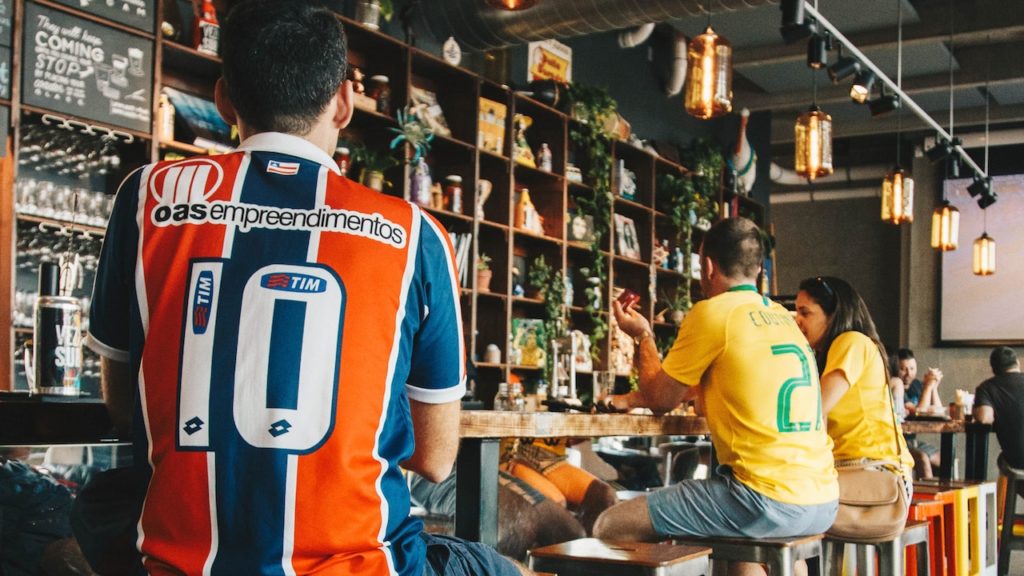 The 2022 FIFA World Cup kicks off on November 20 with a match-up that will see host country Qatar face off against dark horse Ecuador. Toronto is home to many ethnicities and cultures with an abundance of soccer super fans that will proudly cheer for their home country over the next month. Here are the seven best bars and pubs to watch the World Cup in Toronto depending on the team you’re cheering for!


The Queen and Beaver Public House is the self-proclaimed best British pub in the heart of Downtown! The bar offers patrons a combination of local Toronto brews and some British classics. On the food menu you’ll find shareable plates, entrees, and tons of roasts.  Watch the English national team crush their opponents while sharing roast prime rib and a delicious pint with friends. 35 Elm St.


A great two-floor spot for World Cup viewing is The Loose Moose. The bar offers a relatively extensive beer list paired with an even longer selection of cocktails. The Loose Moose is well known for its delicious menu with burgers and sandwiches topping the list. 146 Front St. W.

One of the best spots to catch footy action as a fan of Spain is Nova Tasca! The tapas and sports bar focuses on shareable bites that are perfect for football fanatics. Nova Tasca offers a range of stews made of goat, beef, chicken, and more. Plus, the bar is fully stocked with Sagres, a beer line that you won’t be able to find at your local LCBO.  528 Rogers Rd.


Located in Little Portugal, The Dock Ellis is a terrific spot for Portuguese and Brazilian fans to cheer on their talented teams. Enjoy charcuterie boards, nachos, and other shareable plates throughout the tournament! Guzzle down local brews as you watch Ronaldo and Neymar lead their respective teams to international glory. 1280 Dundas St. W.


Prepare to cheer on ​​Deutschland with a German beer and snack pairing for the ages! At The Alpine, customers are offered a lengthy list of organized beers alongside a cocktail line specific to clientele in the area. On the food menu are a ton of terrific options, but nothing stands out more than their soft pretzels, sausage rolls, and pork schnitzel.  2872 Dundas St. W.

Founded by a Dutch Ex-pat in 1986, today, Amsterdam Brewhouse churns out terrific beers like Boneshaker and 3 Speed. Their barrel house in Leaside is an excellent hangout for sports fans and an even better venue to enjoy Dutch beer while watching the Oranje. 245 Queens Quay W.

For neutral fans: The Bottom Line


Known as one of the classier sports bars in the city, The Bottom Line is a great spot to catch World Cup action with other fans. Enjoy American bistro food while sipping down classics from the bar. Although you won’t have an experience specific to cultures around the city, you’re sure to have a great time watching the games and cheering with other like-minded fans. 22 Front St. W.