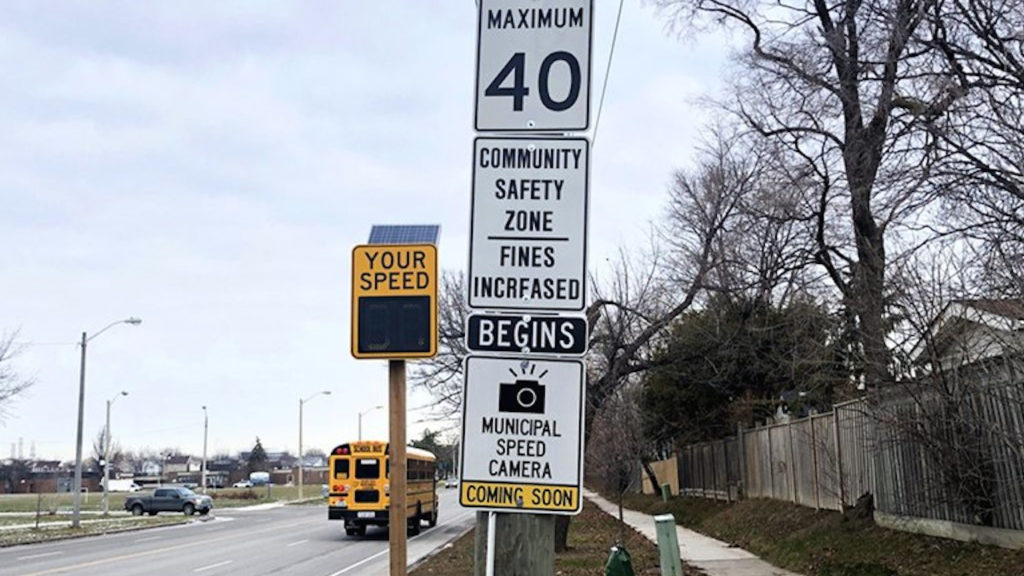 The City of Toronto has just announced there will be an additional 25-speed cameras operating in neighbourhoods beginning this month in addition to new locations for the 50 speed cameras already in use.

Provincial legislation requires 90-day warning signs to be in place to give would-be speeders some warning in advance and to raise awareness prior to the laying of any charges. So, according to a City news release, enforcement is expected to begin in February 2023.

All automated speed enforcement cameras (ASE) are installed in Community Safety Zones, “primarily based on data that indicate where speed and collision challenges exist.”

The 25 new devices will be placed at the following locations:

The only change from the standard procedure with the current speed cameras relocating is regarding the device on Parkside Drive south of Algonquin Avenue, which is being kept “to improve compliance with the speed limit and reduce incidents of speeding on Parkside Drive.”

That particular location continues to be a problem area for the city. In August, there were 25,224 tickets, with the most tickets issued on Parkside Drive south of Algonquin Avenue (Parkdale-High Park) at 2,356, or approximately nine per cent of all tickets. In September, there were 2,279 tickets at the same location. Parkside runs along the eastern edge of High Park. The roadway was the site of a fatal crash in 2021 and a five-vehicle crash last spring.

So far in 2022, there have been 247 Part III charges for excessive speed. The highest speed detected, according to the City report, was 146 km/h in a 50 km/h speed limit zone on Martin Grove Road north of Garfella Drive in Etobicoke.

There were also 1,118 repeat offenders in September. One driver was dinged with six tickets for speeding near 60 Park Lane Circle. The address of Park Lane Public School.

The new locations for the existing speed cameras are as follows:

For more information and a map of all current and planned locations go to Automated Speed Enforcement webpage.