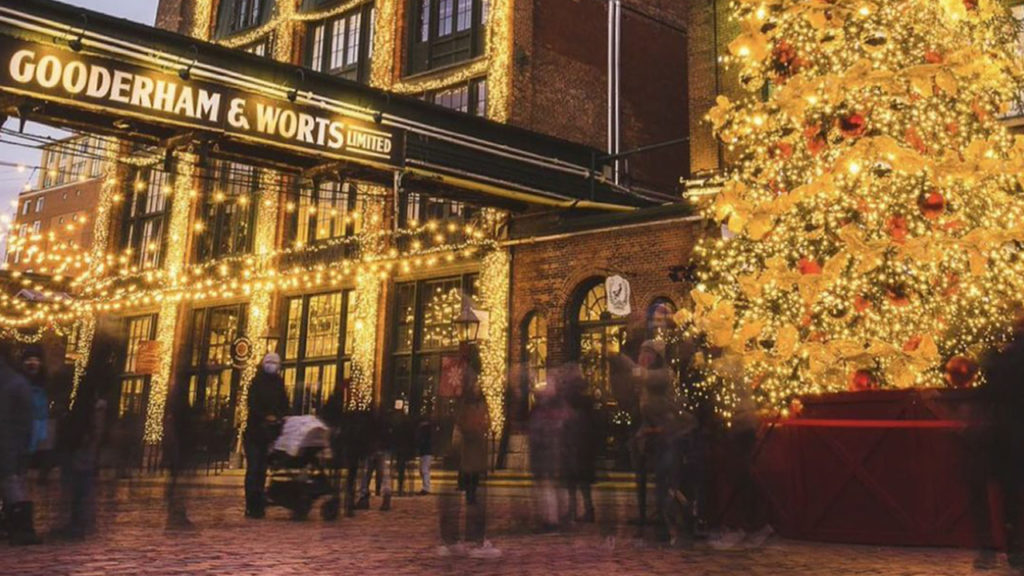 Legendary lead singer of the iconic rock band U2 hits the stage at Meridian Hall on Nov. 6 for a speaking engagement in support of his memoir Stories of Surrender.

The night is billed as “an evening of words, music and some mischief,” so expect the unexpected when one of the world’s great rock stars takes the stage to talk up his new book.

“When I started to write this book, I was hoping to draw in detail what I’d previously only sketched in songs. The people, places and possibilities in my life. ‘Surrender’ is a word freighted with meaning for me,” said Bono, in a statement. “Growing up in Ireland in the ’70s with my fists up (musically speaking), it was not a natural concept. A word I only circled until I gathered my thoughts for the book. I am still grappling with this most humbling of commands. In the band, in my marriage, in my faith, in my life as an activist. Surrender is the story of one pilgrim’s lack of progress. With a fair amount of fun along the way.”
TOlive.com 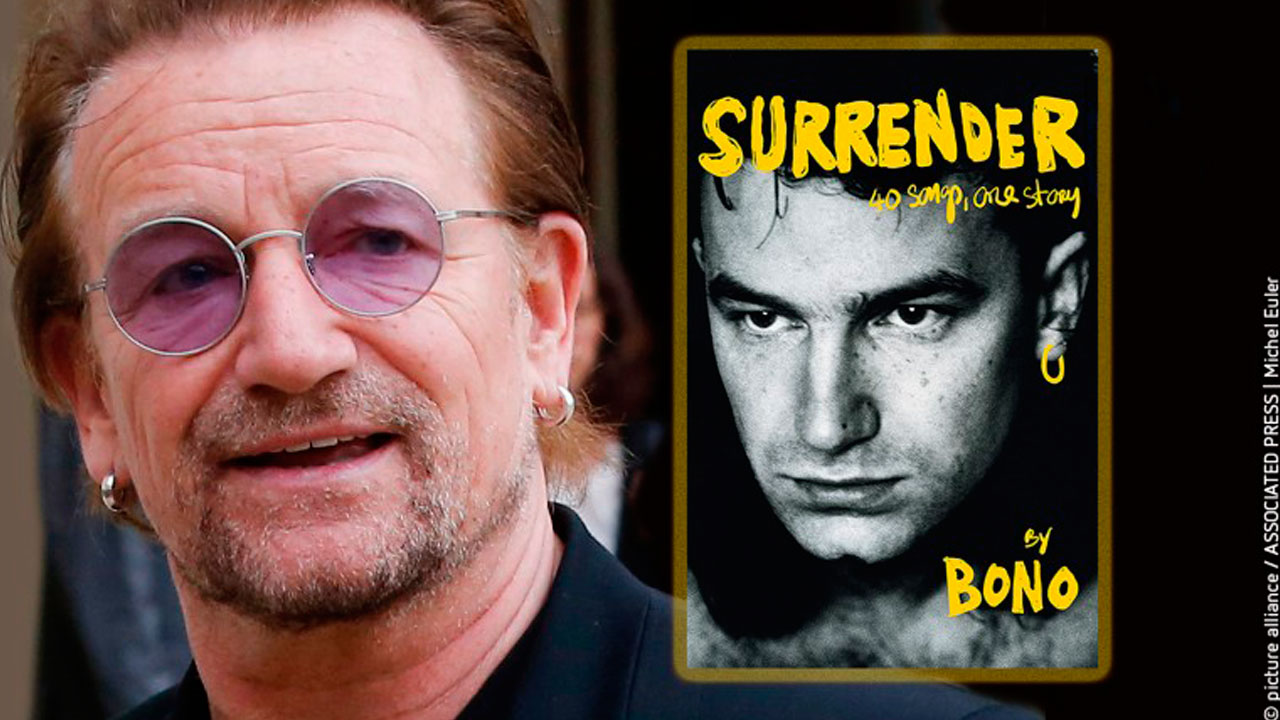 One of the great fall events in Toronto, the Royal Winter Fair and the Royal Horse Show gallop into Exhibition Place Nov. 4–13 for 10 days of family fun.

The Royal will kick off its centennial celebration in style with an Opening Ceremony Showcase, hosted by Canadian comedian Rick Mercer and featuring Toronto band Blue Rodeo.

In addition, the Royal will include the return of the Royal Dog Show in a partnership with the Canadian Kennel Club. The show is set to reimagine and reanimate the tradition of dog shows as part of the Royal Agricultural Winter Fair.

The Royal will also include the classic agricultural show and the Royal Horse Show, ranked as the number one indoor horse show in North America, as well as culinary offerings, food competitions, the RCMP Musical Ride and much more, including the legendary butter sculptures.
Royalfair.org

To say the new exhibition on the work of Denyse Thomasos is impressive or stunning is not saying enough. Denyse Thomasos: just beyond is showing until Feb. 20, 2023, and it is absolutely a must-see for art lovers in the city or anyone who wants to experience something extraordinary from an artist who passed too soon on the cusp of greatness.

One of the wonderful things about the exhibition is the progression shown, not just that she evolved into a startlingly good artist, but that she delved fearlessly into so many different areas.

This was a true Toronto artist, with roots in Trinidad and an upbringing in suburban Mississauga. She worked as a portrait artist at Canada’s Wonderland and Ontario Place. She studied art at the University of Toronto Mississauga. And like so many of our great ones, she achieved significant acclaim outside Canada.

Thomasos is described as “one of the finest painters to emerge in the 1990s,” and she certainly was an artist ahead of her time.

One glimpse at her sprawling, incredible murals that occupy entire walls of the fifth floor AGO gallery reveals this artist as something special. The size and scale draw you in, and from there it only gets more interesting.

This special exhibition spans four decades of artmaking. The exhibition features more than 70 large-scale paintings and works on paper from several series, alongside archival photographs, sketches, interviews and documentary footage of the artist at work.

The National Ballet of Canada is set for the world premiere of its latest ballet MaddAddam by award-winning choreographer Wayne McGregor. The work is based on the MaddAddam trilogy by renowned Toronto author Margaret Atwood.

“What an adventure, finally starting with the National Ballet in the rehearsal studio. It’s been a long wait!” says McGregor. “Margaret Atwood’s vivid and visceral MaddAddam trilogy is a breathtaking challenge for us to dialogue with in dance.”

MaddAddam makes its world premiere in Toronto at the Four Seasons Centre for the Performing Arts, Nov. 23–30.
National.ballet.ca

One of the most beloved folk artists in North America, Ani Difranco started performing at the age of nine, writing songs at 14 and moved out to become a musician when she was 15.

Now, 20 albums later and her own record label Righteous Babe Records, Difranco continues to tread her own path buoyed by incredible songwriting and fierce musicianship on the guitar to rival the greats of folk music.

Difranco hasn’t performed in Toronto for many years, and her return will draw her legion of fans to the Danforth Music Hall on Nov.7.

Be sure to catch this passionate performer touring in support of her latest album, Revolutionary Love, and the 25th-anniversary reissue of Living in Clip, a landmark double album with her band at the time that included drummer and Toronto native Andy Stochansky.
TheDanforth.com

Leader of the hugely popular band Mumford and Sons, Marcus Mumford will hit the stage at the venerable Massey Hall on Nov. 10. Mumford released his debut solo album, Self Titled, this summer, which featured guests such as Brandi Carlile and Phoebe Bridgers. The album includes the song “Cannibal,” with a music video directed by Steven Spielberg. Masseyhall.mhrth.com

Looking for that cool and creative gift this holiday season, there might not be a better place than the Bentway during the seventh annual Christmas Market on Nov. 5.

At this unique event, the works of more than 120 artists will be up for grabs, including everything from photography and sculpture to skincare and home decor.

This is a free event.
Torontoartcrawl.com

Yes, David Cross has won Emmy Awards and has been nominated for a Grammy. He’s an instantly recognizable and popular standup comic, and he’s in town this month.

Cross might be best known to a certain generation for his portrayal of Tobias Fünke in the cult-classic TV show Arrested Development.

No, he’s not playing at Scotiabank Arena, not even Massey Hall. This month, Cross checks into Toronto’s favourite dive bar, the Horseshoe Tavern, for a pair of shows on Nov. 13 and 14 as part of his Shootin’ The Shit, Seein’ What Sticks.2 tour.
Officialdavidcross.com 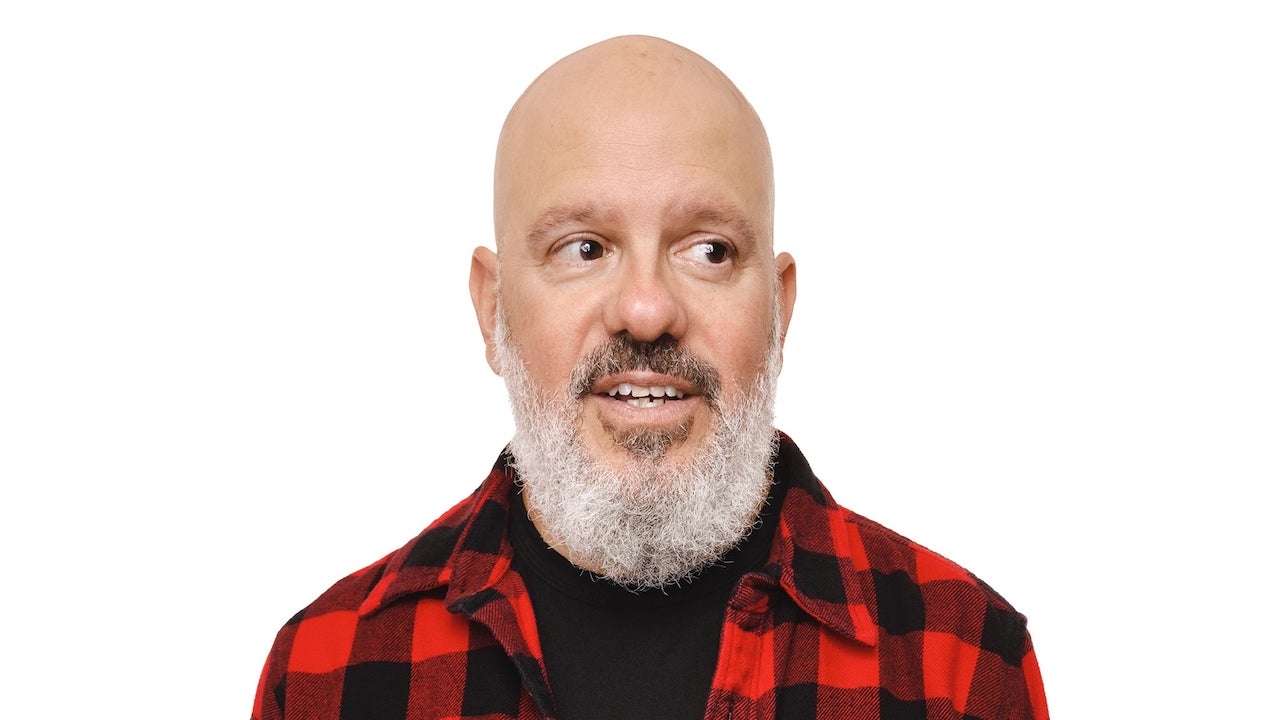 One of Canada’s most acclaimed young playwrights is Toronto’s Hannah Moscovitch. Her works, often political and hard-hitting, have been produced across the country. She’s won a slew of awards. And she’s also written for television, including X-Company for the CBC.

Tarragon Theatre is set to bring Moscovitch’s latest work, Post-Democracy, to life when it premieres on Nov. 8.

A review of the play in the Slotkin Letter describes Post-Democracy as “a devastating play in which she puts her laser perception and focus on the toxic culture in big business; where money is more important than morality; conscience, integrity and ethics are laughed at in favour of making a deal at all cost. ”

Jazz pianist Hiromi Uehara is one of the most exciting and entertaining artists on the scene. The Grammy Award–winning musician brings her high-octane performance and incredible musicianship to the George Weston Recital Hall on Nov. 10.

This concert might take on additional significance for the incredible talent. According to her bio, Hiromi’s first piano teacher exposed her to jazz and she was inspired by the greats including our own Oscar Peterson.
TOlive.com 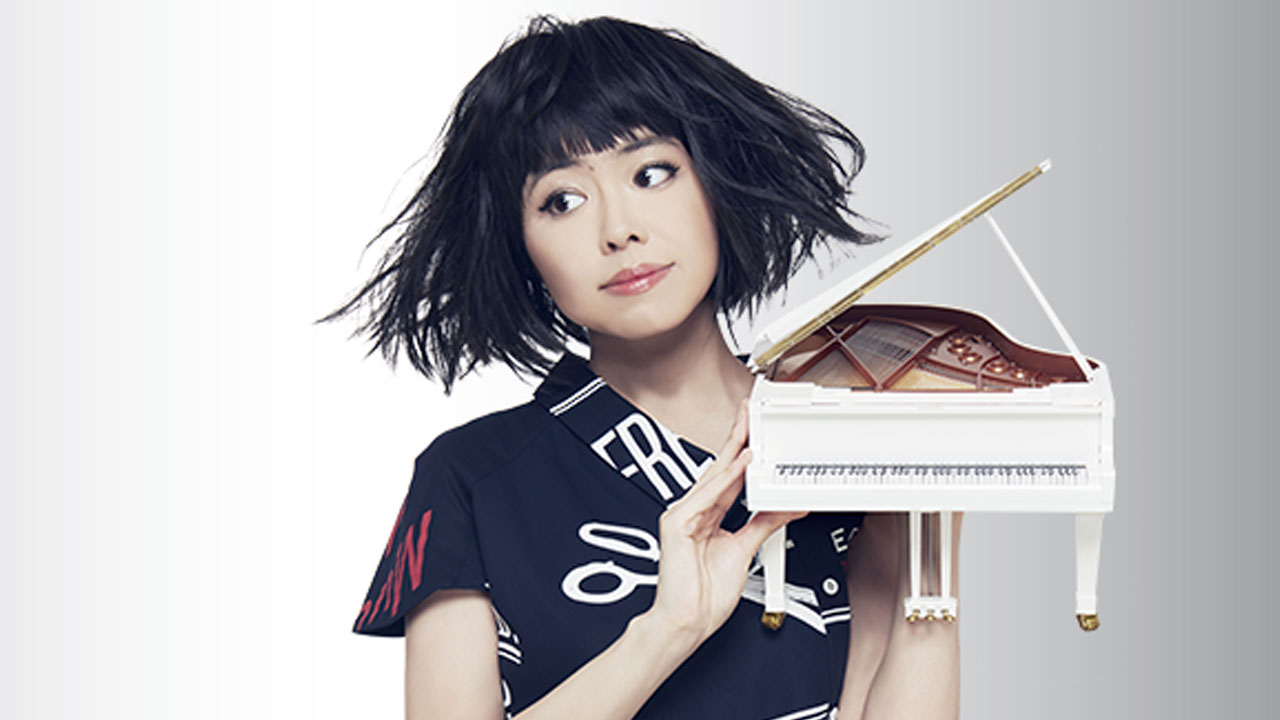 Step into this twinkling holiday wonderland with giant gingerbread houses, strings of fairy lights, a giant Christmas tree and an array of daily performances.

This year, the festivities kick off on Nov. 17 with the lighting of a 50-foot white spruce tree designed by Dior. It will be decorated with 400 custom midnight blue ornaments, 1,700 shiny and matte gold balls and 70,000 twinkling lights.

Friday to Sunday, $11, tickets are required after 4 p.m. as well as Dec. 27 to 31 after 4 p.m., all other days are free. Thedistillerywintervillage.com

“I’m very excited about taking the show on the road! I have a fabulous and energetic band with me ready to play a Christmas show with a difference!,” he says.

The Prince Edward Island artist has won a host of awards and nominations, including Junos, Canadian Folk Music Awards and 19 East Coast Music Awards. He is also a recipient of the Order of Canada and has been inducted into the Canadian Songwriters Hall of Fame.

The concert is scheduled for Nov. 27 at the Paradise Theatre.
LennieGallant.com