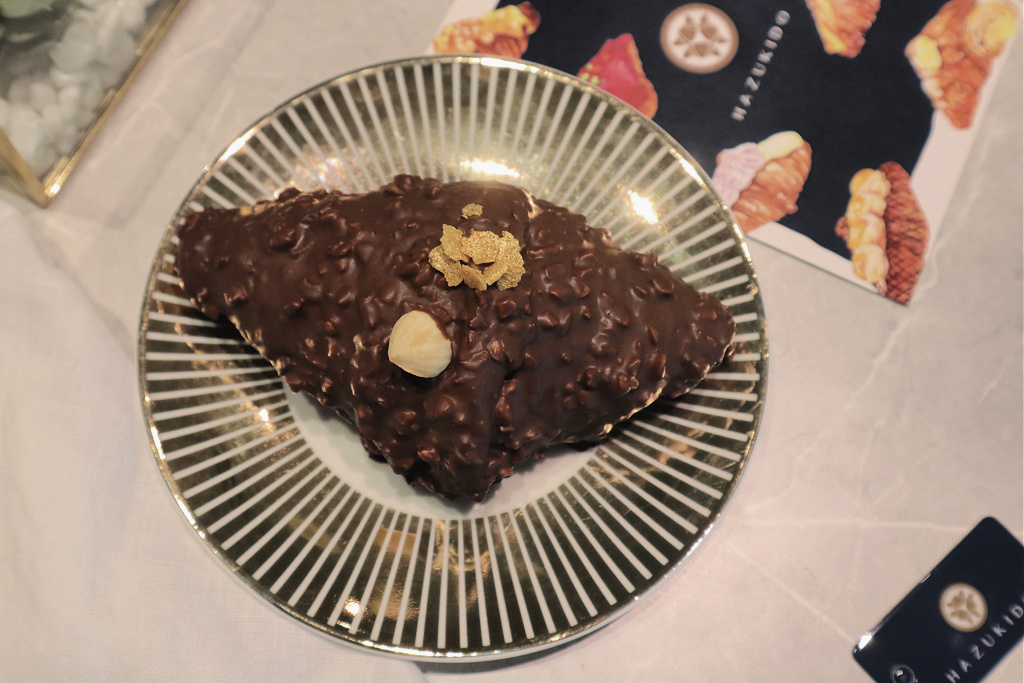 Taiwanese bakery chain Hazukido is landing in Toronto next week, marking the brand’s first North American location. Launched in 2014, Hazukido now has a whopping 200 locations around the world. The chain is known for its carefully-crafted croissants, which are available in dozens of sweet and savoury flavours.

“People who may have travelled are very familiar with the brand,” says Cindy Chan, a spokesperson for Hazukido. “A lot of people are very excited to try it again, so we’re expecting to have a big following right off the bat.”

Although Hazukido has roots in Taiwan, they’re known for perfecting their croissants through the Japanese shokunin approach, which describes the art of mastering one’s craft. For Hazukido, this means using high-quality ingredients, including natural Elle & Vire butter from France. Each croissant batch takes 72 hours to make from start to finish, which includes a three to four hour proofing and a 64-layer folding technique.

This labour-intensive process yields croissants with a delicate crispy exterior and a fluffy, honeycomb-shaped interior that sets them apart from your standard, dense café croissant. The new Toronto storefront features an open-kitchen, allowing customers to see the bakers at work.

Hazukido will initially offer 14 flavours ready to grab-and-go, ranging from salted egg yolk and hazelnut chocolate to butter garlic and cod roe. The brand features more than 100 different croissant types at its worldwide stores, so you can expect an ever-changing lineup of fillings and toppings to eventually be available in Toronto. Chan says Hazukido will later debut seasonal offerings, as well as other types of viennoiseries beyond croissants.

To celebrate their grand opening at Bay and Dundas on Nov. 11, Hazukido is running a series of promotions via their mobile app. Starting at 10 a.m. from Nov. 11 to 15, the first 30 customers will get a free Hazukido signature croissant box and the next 60 customers can buy any croissant and get one free (of equal or lesser value).

Hazukido is already poised to launch several other stores across the GTA in the coming months, including an outpost at First Canadian Place.