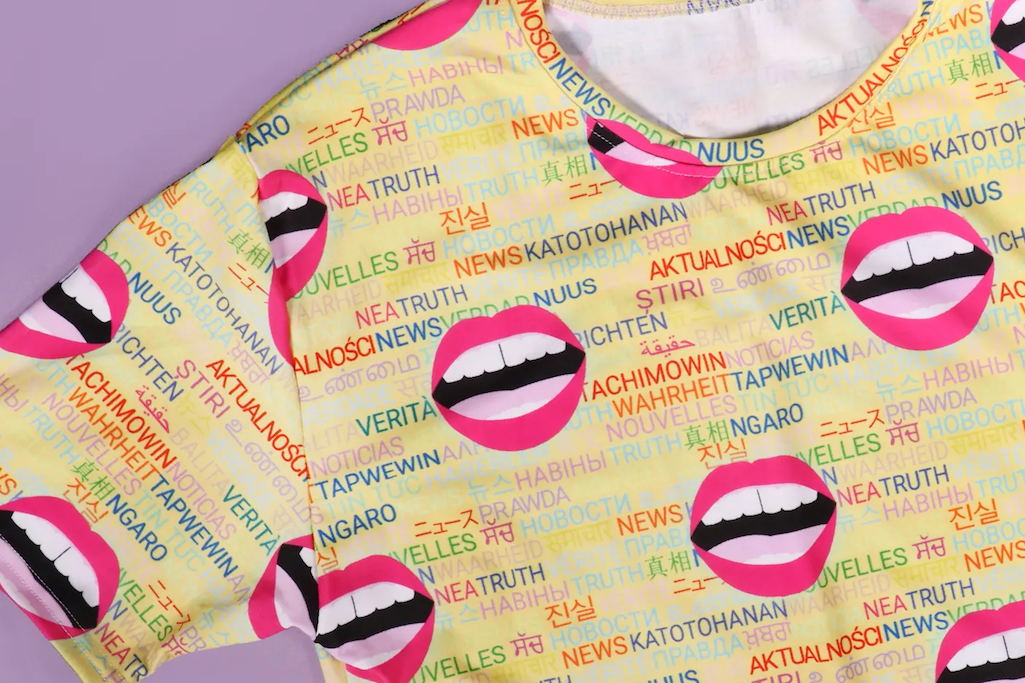 “I often say that newspapers are in my blood and it’s true! My Opa was actually the owner and publisher of a local community newspaper in British Columbia for many years, so I know first-hand the immense impact that newspapers can have on a community and the important role they play in providing local content that cannot be found anywhere else,” says Elsaesser who partnered with News Media Canada to bring this collection to life.

The collection includes T-shirts, tote bags and the hottest item of 2020 — face masks. Each piece features the words news and truth in several different languages.

“I certainly took the current climate into consideration when coming up with this design, but even more so, I wanted the collection to truly represent what Canadian newspapers and news media stand for,” says Elsaesser. “We had a lot of great discussions around this during the design process and in the end, the words “news” and “truth” really stood out to me as representing newspapers.”

The languages included in the print cover English and French as well as Indigenous languages and several other international languages that are commonly spoken in Canada.

The collection is available from now until the end of the year on Elsaesser’s website and all proceeds will be donated to Canadian Journalists for Free Expression. CJFE is an NGO that defends the rights of journalists and contributes to the development of press freedom across the world.

Apart from this capsule collection, Elsaesser says she has a few more projects in the works for 2020 with a focus on special one-of-a-kind items with sustainability in mind, and more local production.

“The pandemic has been a trying time for all Canadians, especially small businesses. As a designer, it’s been important to maintain resiliency to weather the storm,” she says. “While it has been challenging, I’ve adapted very well. I now have an amazing studio set up in Hamilton that has certainly been helpful for creating in a social distanced time and I’m feeling a lot more creative freedom which has been amazing for my soul.”