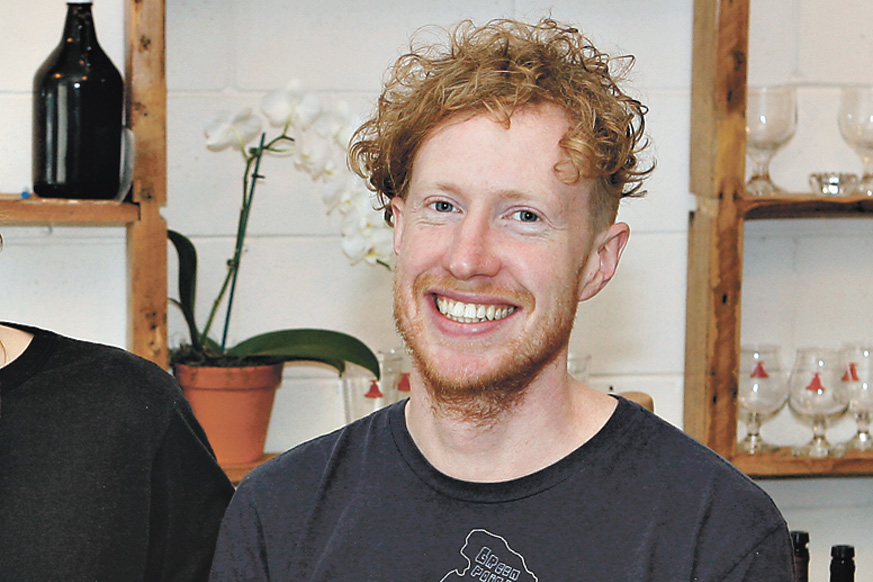 Husband-and-wife team Guy Rawlings and Kim Montgomery are opening a new restaurant in Toronto’s west end this year. Rawlings is a restaurant veteran who has cooked at establishments such as Brockton General, Lucien and Bellwoods Brewery, and he also managed Bar Isabel and Bar Raval. He is holding back some details of the new venture, like the address and name, but he says that the food will be Canadian.

He’s unwilling to accept the idea that a restaurateur should be able to describe his establishment in a six-word sentence. Instead of tag lines or mission statements, he prefers to say it will be farmer-driven, and adds: “We will be working within our area and the framework that presents.”

To him, that means their restaurant will be “seasonal to the truest sense.” As an example, he says, “Everyone uses nuts all year, but the nuts you’re eating in August were harvested in October. There should be a time for nuts.”

Despite these commitments, Rawlings cautions that “farm-to-table is almost a word that’s not allowed to be used here.”

“A lot of farm-to-table has been a crutch on ethics,” Rawlings says, and picks up steam to underline, “restaurants aren’t great because of ethics. They’re great because they have energy. The food is delicious. And it’s an experience.

The restaurant won’t have a deep-fryer, because they want to avoid mass-produced oil. They will also get involved in urban farming initiatives.

Rawlings left his previous job as operations manager for Bar Isabel and Bar Raval to work full-time on the renovations of the 50-seat space. He’s careful to avoid committing to a specific timeline, but expects it will take a few months.

By owning the restaurant themselves (without partners), Montgomery and Rawlings plan to keep profits invested in the business and establish a healthy environment for employees.

Despite the aversion to sound bites, Rawlings does sum up by saying: “I just want to make tasty stuff in a good space people will have fun at — it needs to be a space that’s lively.”

We’ll keep this story update with more details as they come in.