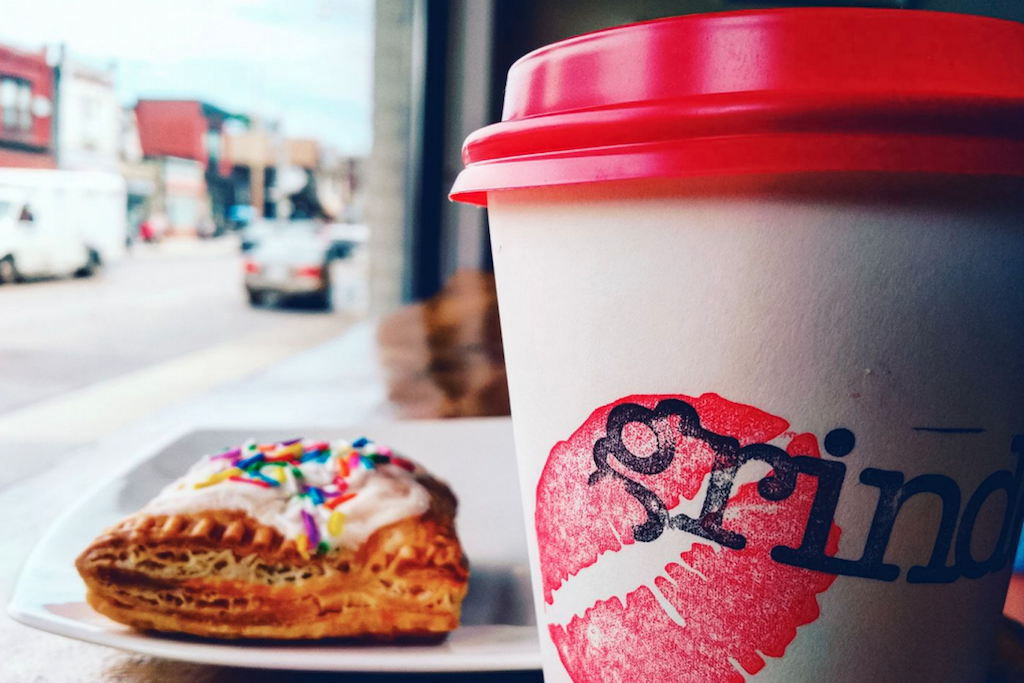 It’s a disappointing week for coffee lovers in Leslieville as one of the neighbourhood’s staple cafés has announced that it’s closing. Grinder Coffee revealed the news this morning in a heartfelt post on their Facebook page and Instagram. After almost five years on Gerrard Street, the shop will serve its last espresso on Oct. 27.

Apart from their loyal local following and reputation for top-notch coffee, the café also garnered attention for its ambitious campaigns to get Hollywood celebrities to visit during TIFF. It began last year when they successfully lured Ryan Gosling after launching the #RyanNeedsGrinder campaign. This year, the business also managed to score a visit from Tom Hanks during the festival, but even attention from A-list celebrities couldn’t prove an antidote to a huge increase in rent.

“It wasn’t by choice,” explains owner Joelle Murray of the closure. “The cost of rent is going through the roof. Landlords are doubling, even tripling rents. This is the plight of small business owners.” Murray tried for months to figure out a way to stay open, even going so far as to hire legal counsel to aid her in renewing the lease. Ultimately, it wasn’t enough.

This is becoming a familiar story in Toronto. Small businesses like Grinder help to establish up-and-coming neighbourhoods — in this case, the northern end of Leslieville — before becoming a victim of their own success when it’s time to renew the lease. While Gerrard and Jones has yet to become a hotbed for new condos, intense development pressure from further south in Leslieville has started to make its presence felt here.

A post shared by Grinder Coffee Gerrard (@grindercoffeegerrard) on Oct 7, 2019 at 5:11am PDT

“The life of a small business owner is a labour of love,” Murray confesses. “For those that sell food, margins are tight, and it’s difficult to thrive and grow.” She cites other areas like the Beaches, where a proliferation of empty storefronts speaks to the changing identity of neighbourhoods in the midst of transformation.

Despite the pall cast by the reality that Grinder will shutter at the end of the month, Murray strikes a positive attitude about her coffee shop and the city in general. “I love what I do. I really, really love what I do. A lot of that has to do with the neighbourhood and the city itself. I’ve met really cool people. The amount of support online and in-person has been heartwarming.”

With Grinder open for another few weeks still, Murray invites everyone to stop by and say farewell.