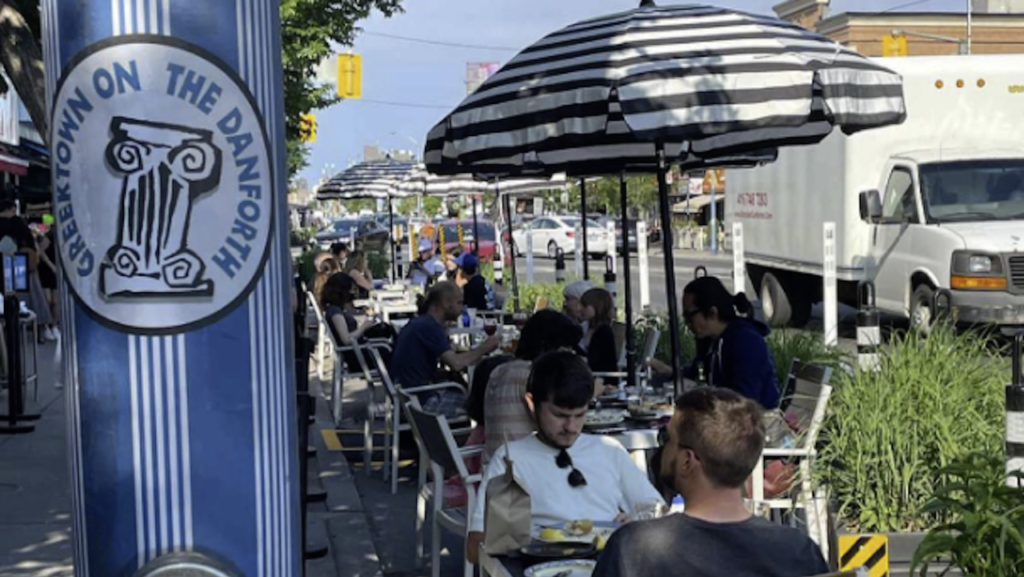 After months of conversation with the city to figure out how to get Taste of the Danforth up and running again, the Greektown on the Danforth Business Improvement Area announced today that the event has been cancelled this year.

“The [BIA’s] Board of Management has determined the best way to ensure the long-term success of the festival is to postpone restarting it until 2023,” the BIA wrote in a statement on Twitter. The short timeline available to adapt the event to the changes in the street meant that Taste of the Danforth in 2022 was at too great a risk of not being as successful as in the past.”

Instead, the BIA will be hosting “localized” events within the neighbourhood.

After two quiet summers without festivals filling our streets, it was only natural for Torontonians to show immediate enthusiasm at the announcement of the return of the Taste of the Danforth this August. But, with the City of Toronto’s CaféTO program and extended bike lanes taking up street space, there was talk the festival would not carry on as planned. Ironically, the program that saved a lot of struggling restaurants throughout the pandemic was the program that was hindering their success now.

To attendees, the Taste of the Danforth provides three days of tasting tables celebrating the best in Greek culture, music, and food, but for businesses in GreekTown, it’s three days of customers, profit and success. Streets of Toronto spoke to  Patisserie La Cigogne, whose Danforth location isn’t even in the heart of the festival, earlier in June, and the eatery was grappling with the decision.

“We have to have more staff, be more mentally prepared and then inventory also needs to be prepared—we have to make more that weekend,” said store manager Juan Li, who runs the patisserie alongside her husband, Pastry Chef Thierry Schmitt. “I can’t even imagine how [restaurants] can do it during those times in the centre of GreekTown.”

Li’s patisserie itself has not benefited from CaféTO, the pandemic-inspired program that granted restaurants extra space in the streets for patios, stating she “luckily” has a corner spot with lots of patio space. But, she recognizes that it’s been beneficial to plenty of other businesses along the Danforth.

According to GreekTown on the Danforth BIA Executive Director, The Chair and the Board of Management of the BIA were previously in discussion with the city to make altercations so the festival could operate alongside CaféTO.

City Councillor Paula Fletcher put out a statement on June 1 stating that she is “deeply committed” to the festival running in August. “I am pleased the City has offered to provide an event planner, and I am confident that working together we can make this great Toronto tradition happen once again.”

As a store manager, Li said that it’s not an easy decision to make, and removing CaféTO completely would not economically make sense. “We should use the least amount of the waste in labour and resources to do the maximum amount of profits.” She wondered earlier in June if the city shouldn’t remove the CaféTO patios, but rather just continue the festival around them. “There must be a way to work out for both sides.”


Most of all, though, Li is concerned about how this will affect GreekTown restaurants, despite some rumblings that not all businesses in the area were excited about the Taste of the Danforth’s return.

Li said earlier in June that the last thing she hoped was to see the festival cancelled completely. “The last couple of years were very hard for us. I think it’s hard for a lot of the food industry. And then some of these kinds of things can lighten up the gray sky, you know—sort of like you’re deep, deep in the tunnel and finally, there was an opening. Finally, there was some kind of festival happening, so we started to see the light.”