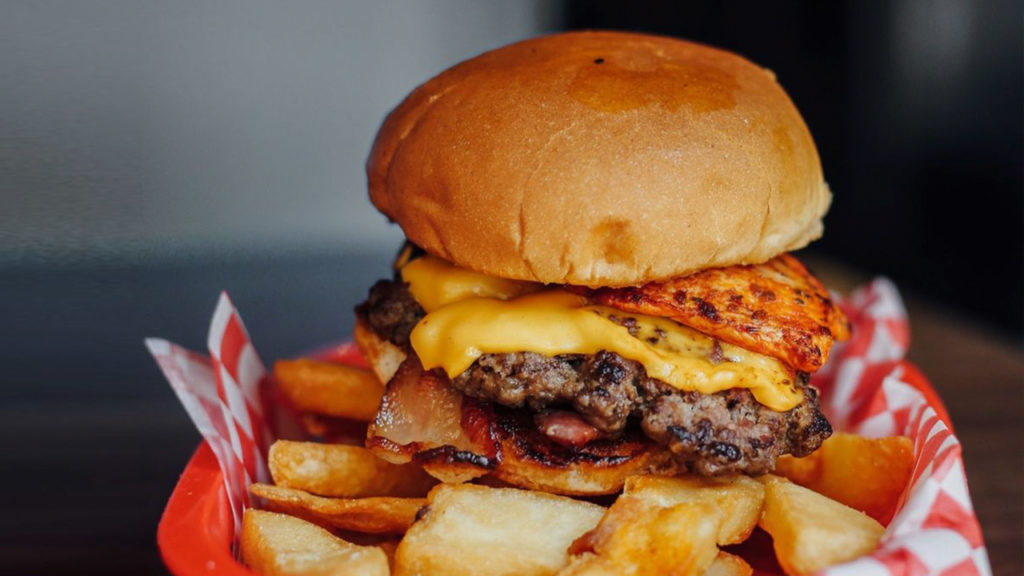 The new eatery will be located at the corner of  Coxwell Avenue and Gerrard Street East, once the home of an old-school Coffee Time that closed in 2019. Throughout the pandemic, the space sat empty, until Van Gameren set his sights on it.

Van Gameren has been operating some form of Harry’s Charbroiled since its original space in Parkdale in 2016, which he subsequently closed in 2019 before operating as a food truck and then inside the former Woodlot space on Palmerston Avenue in Little Italy.

Van Gameren’s smash burger concept serves up popular dishes such as the different chorizo burger options and the classic Plain Jane made with a four-ounce beef patty, American cheese, pickles, onion and ketchup. Options for extra patties are available, too. It also offers a Vegan Jane option and a recently-expanded menu that boasts chicken, French fries, fish selections, chicken tenders and chorizo chili cheese fries as well as milkshakes.

Harry’s Charbroiled and van Gameren have a busy few months ahead, as the Palmerston location is opening a newly renovated patio and a Prince Edward County location is also set to debut in early June.

The official opening date for the east Toronto spot at 255 Coxwell Ave. has yet to be announced. Van Gameren has added some start-studded branding power for the east end with concrete graphic design handling the new outpost.