Grab of the Week: a tea towel for Toronto foodies - Streets Of Toronto
Skip to content 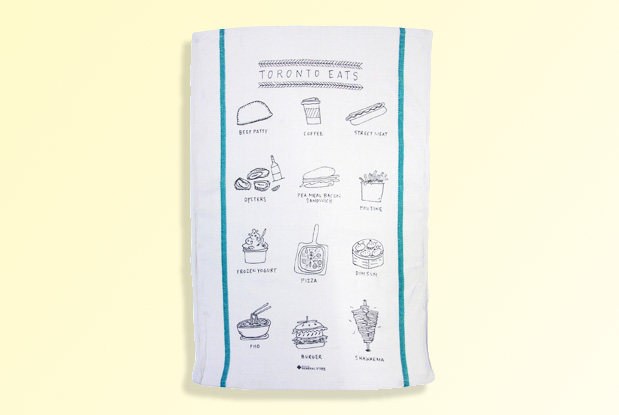 Toronto loves to eat. Left, right and centre, we are a city full of foodies. We love everything from fancy food we can’t pronounce to food we can buy on the street. So it’s no surprise that the Drake General Store has produced a tea towel featuring the city’s most popular eats. Illustrated by one of its own staff members, Joanne Cheung, the towel is special enough to frame.

We say, buy more than one, and buy one for everyone.