Grab a meaty sub with a mob movie-inspired name at this T.O. Italian deli
Skip to content 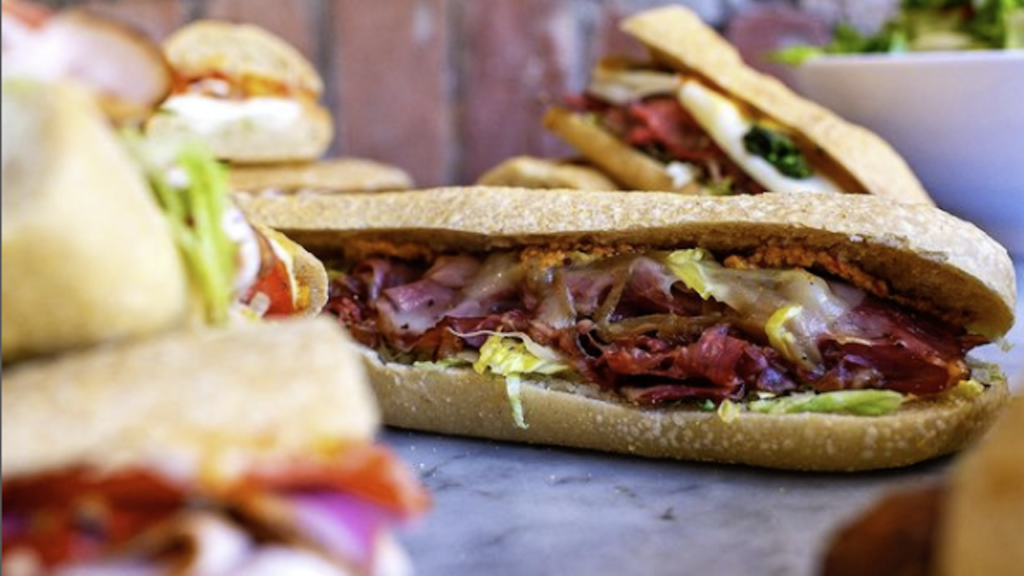 No stranger to the Toronto food scene, LaPianta is the owner and pitmaster of Cherry St Bar-B-Que, where most of the meats for the Elm Street sandwiches are made using time-honoured traditions, cooking over live oak fires. The result is a selection of high-quality meat with distinct, bold flavours. Swing by for a sandwich piled high with smoked turkey, roast beef, pastrami, Tuscan ham, smoked sausage, pork shoulder or braised brisket, fresh from its East end neighbour.

The cozy, take-out eatery has been serving up hearty Italian-style sandwiches with house-made sausages, spreads and breads since opening its doors in February 2020.

When the spot initially opened, all the deli meats for the bestseller sandwich, The Don of Elm Street, were made in house. But, when demand increased, the team reached out to local butchers and bakers to help with production. They now work closely with the family-run business Venetian Meats in Hamilton, which supply Elm Street with mortadella, genoa and capocollo.

In fact, business has been so booming the spot had to give their bread recipe to a local bakery to help keep up with all the orders. Now, the house-made, pillow-y fresh buns are delivered nightly to the deli.

Sandwiches come in half sizes, and patrons can throw a side salad onto the order and wash it all down with your choice of an Italian Soda like San Pellegrino or Brio.

“We’re incredibly thankful to all our long-time customers who continued to order and support us throughout the last two years,” says LaPianta. “Along with everyone who has come to know us in the last few months. We wouldn’t be here without you.”