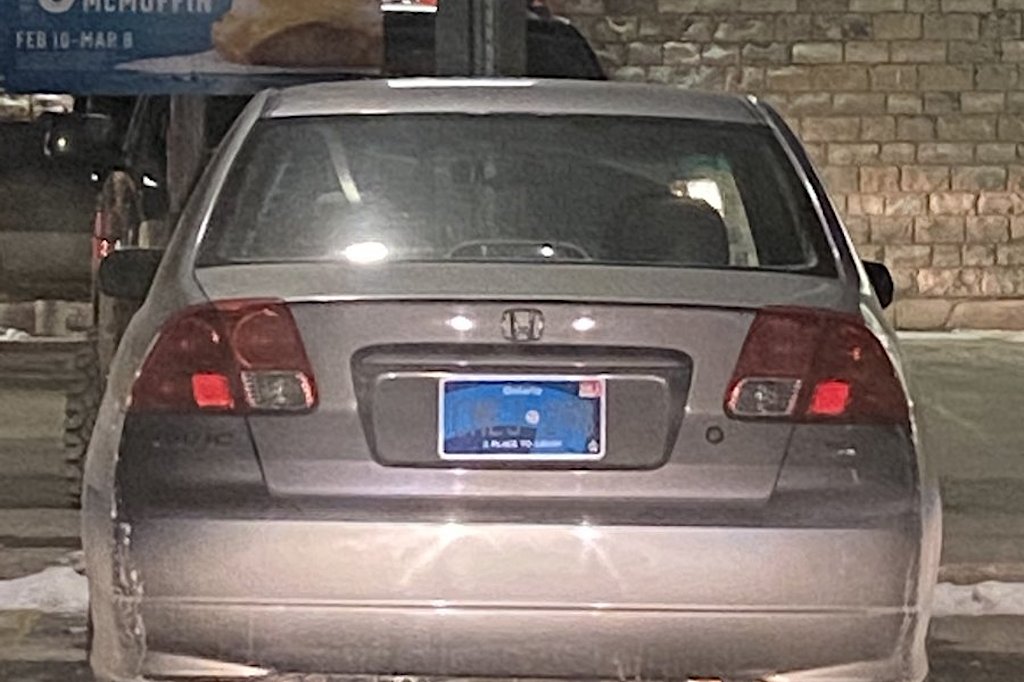 The Ontario government has finally admitted that the newly redesigned licence plates are difficult to read at night, after days of defending the plates. However, Premier Doug Ford’s administration is blaming the mistake on 3M Canada, the company that manufactured the plates.

NEW – The Premiers office out with a new statement on the hard to read at night license plates. “The Government of Ontario expects 3M to stand by their product. We are working with them on a path forward” #onpoli pic.twitter.com/BiMA7sRCDz

According to a statement issued by the Premier’s office on Wednesday, “Premier Ford has personally spoken to the President of 3M on two separate occasions, seeking an immediate solution to the issues identified with their product.”

3M Canada, which appointed a new president on Feb. 18,  has confirmed they are addressing the concerns. In a statement, the company said, “We stand behind our products and are actively provided solutions to the Ontario Government to address the readability issue as quickly as possible.”

However, members of the Progressive Conservative government had defended the plates very recently. On Tuesday, Consumer Services Minister Lisa Thompson said the plates had been “[…] tested under a whole host of visibility conditions and we have absolute confidence in our plates.” She also shifted focus onto the peeling of the former Ontario licence plates, claiming the new licence plates were better than the previous “Liberal plates.”

The new design was announced last year and the new plates  issued on Feb. 1. Police officers and drivers quickly noticed that the plates are extremely difficult to read at night.

Has anyone else noticed that the newly designed @ONgov license plates are totally unreadable from distance at night? Submitted screen grab taken from a 1080P dash camera. Could be an issue for GTA police forces in the future. pic.twitter.com/EN4hvoTYBL

From a distance, the licensc plate numbers blend in with the background colours of the plates when driving in the dark. Additionally, because of a smaller font size, some were concerned radar cameras would not be able to recognize the jurisdiction of plates.

Ok, this was taken off duty in a relatively well lit parking lot with my headlights on. Did anyone consult with police before designing and manufacturing the new Ontario licence plates? They’re virtuallly unreadable at night. pic.twitter.com/CoLxnp3iTQ

Many people raised concerns that the low visibility is a serious public safety issue, particularly with regard to Amber Alerts and identifying drunk drivers. Mothers Against Drunk Driving Canada (MADD) also issued a statement on Wednesday, expressing concern over the poor visibility.

“The night-time visibility issues with the new licence plates being reported by police and the public is a very serious concern. The ability to clearly see the licence plates is obviously crucial if people need to call police to report suspected impaired drivers, or other dangerous drivers. MADD Canada joins those asking the Government of Ontario to review the visibility of these new plates at night.”

House Leader Paul Calandra told reporters on Thursday that as of now, the government will continue to issue the defective plates.