Got a guilty conscience? Confess your sins — to Toronto’s subway riders - Streets Of Toronto
Skip to content 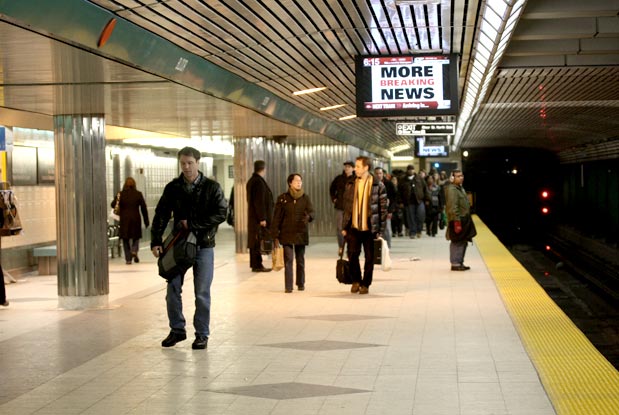 It’s been a while since anyone called us “Toronto the Good,” and now we may be about to find out just how far our moral standards have fallen. A new art project is seeking volunteers to confess their sins on camera — and it wants to broadcast those confessions to commuters on the subway.

The project may sound like the work of those fervent types who hang around Yonge-Dundas Square calling on passersby to mend their wicked ways, but it’s actually being backed by Art for Commuters, the organization that has in the past brought thought-provoking images from TIFF and the Contact photography fest to the eyeballs of bored TTC riders. It has teamed up with Toronto art studio Labspace to broadcast videos of real people confessing to acts of naughtiness at 60 subway stations across the city.

Organisers of the project, called “Confessions Underground,” have set up a website where Torontonians can upload their video confessions, and they will also be taking to the road with a “confession booth” to find participants in other cities.  And they don’t mind what people fess up to — Laura Mendes, one of the artists behind the project, told us that if someone wants tell the world they cheated on their partner or stole something from a market, that’s just fine. But she is hoping for some funny ones, too.

“I like the idea of people accidentally stumbling upon the confessions of strangers,” says Mendes. “I like the thought of people standing on the platforms and checking their cellphones, then looking up and seeing someone offering something very personal.”

The Labspace team prepare their “confession booth,” which they will take to cities including
Montreal and Chicago to tape residents making revelations

The 15-second videos will be shown on the platform TV screens that usually offer a rotating diet of news and weather to the commuters below. Although the names of the confessors won’t be shown, their faces will, so there’s half a chance you might look up and see someone you know.

Hopefully, it won’t be your husband or wife.

Confessions Underground runs July 2-15. The deadline for submitting a confession is July 1.