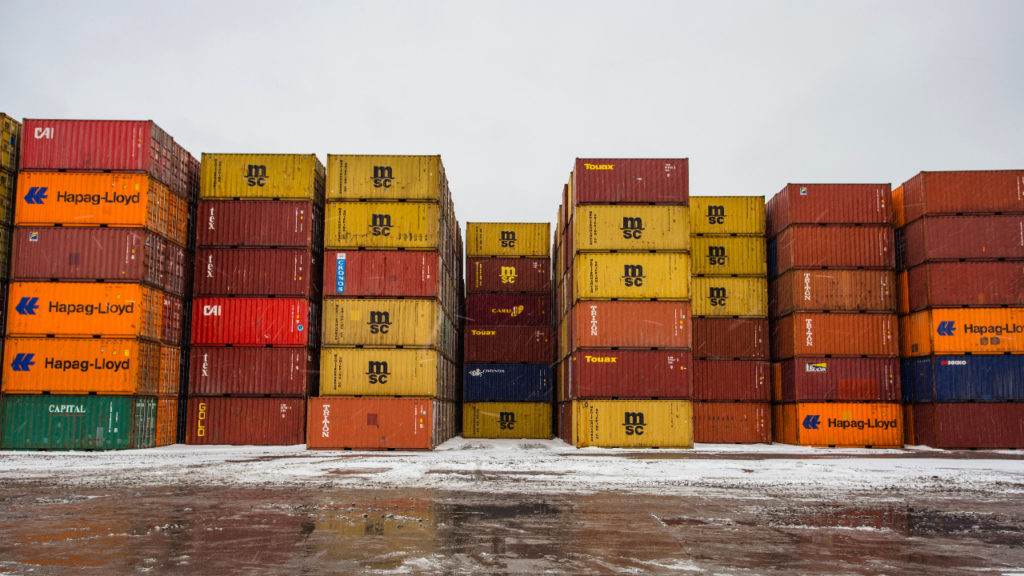 Now that Halloween has come and gone, it’s time to start pulling out the dusty box of Christmas ornaments and writing those wish lists. But this year, if you haven’t already started, it’s a good idea to hit the malls early before the shelves are clear of everything on your shopping list.

According to the Retail Council of Canada, 30 per cent of Canadians plan to start shopping before November due to fears of the global supply chain shortage, up from 23 per cent the year before.

Though the shipping shortage has been more recently brought to light, this has been an ongoing crisis for many retailers since the onset of the pandemic 18 months ago. Michelle Wasylyshen, spokesperson for the Retail Council of Canada, says you can’t attribute the shortage to just one problem.

Retailers are struggling to keep up with unusual demand patterns

She attributes three major issues that ultimately affect the shortage. The first, she says, comes from differing closures and lockdowns across the globe. Since we source so many products globally, she says, if China has an outbreak at a factory and shuts down for a few weeks, then we are also affected by it.

The final issue is the “unusual demand pattern” since the pandemic began. With an increase in consumers working from home, the demand in product has shifted to spending more on material products rather than food and activities.

“Retailers are still grappling with the ongoing question of temporary versus consumer trends. We don’t know what’s going to stick,” she says.

Wasylyshen’s advice to retailers in preparation for the holiday season is to order early to ensure their shelves are fully stocked.

Small businesses are struggling the most

But even that may not help. Vicky Rados, the owner of midtown’s Circle Shoes, recently had a Birkenstock order from Germany cancelled. This was an order from back in June.

While larger box stores are able to adjust to shipment delays by filling their shelves with other products, this isn’t the case for independent retailers who specialize in a certain product or brand.

For example, The First Step is a Birkenstock specialty store in Toronto which has been unable to get a hold of the majority of the brand’s products.

The shipping shortage is widespread across all kinds of industries. Lexus on the Park in North York recently put out an Instagram post stating that they have a limited supply of winter tires “due to pandemic disruptions.”

Rados is also currently waiting on a shipment from Laurentian Chief Moccasins. These are made in Quebec, so when there were high case counts and the factories shut down, many workers did not return. Since there are fewer workers and the moccasins are made by hand, there’s now a limited supply.

This has Rados concerned as she enters the busy season. “Usually, we would just phone in the supplier, order things in and would be pretty much fully stocked – not all the time, but usually they would. Whereas now we can’t do that. We’re just waiting for our pre-booking orders to come in.”

Retailers worry they may run out of products before Christmas

At The Swag Sisters’ Toy Store on Gerrard Street East, owner Guy Bagley is unable to put in orders to most of his suppliers for the rest of the year.

“We’re going to run out of things,” Bagley says, regarding the upcoming holiday season. “That’s for sure.”

Specifically, Bagley says he’s noticed a resurgence in puzzle sales since the onset of the pandemic and has had difficulty getting his hands on them.

A post shared by The Swag Sisters’ Toy Store (@theswagsisterstoystore)

While Bagley says this isn’t the first time that a product has been unavailable to him, it is the first time on such a large scale. “What we normally run into is  the thing that everybody wants – the number one of everybody’s list – is unavailable, since the demand is so high for it. But now, it’s just widespread.”

Rados, on the other hand, has not seen this happen before, and she’s been in business over fifty years.

And it may not end anytime soon. Wasylyshen says according to a recent survey, they expect the shortage to continue right into mid-2022 at the earliest and possibly right through the end of the year and into 2023.

“It really depends on where your product is coming from, if you have a substitute for that product, if it’s a bigger ticket item,” she says. “We know that it’s easier to stop a supply chain than it is to start it. And so, it is going to take some time to normalize.”

When it comes to holiday shopping, Bagley suggest consumers start buying early to avoid missing out on the toys they’re really looking for, and to have backup options. “I think ultimately the trick would be to get your kid to pick one of two other options and have a couple in mind because there is definitely a possibility of not finding what they want.”

Bagley says he hopes to fill his store with toys that will “fill the void” if his buyers can’t find what they are looking for. He chooses to remain positive about the shortage.