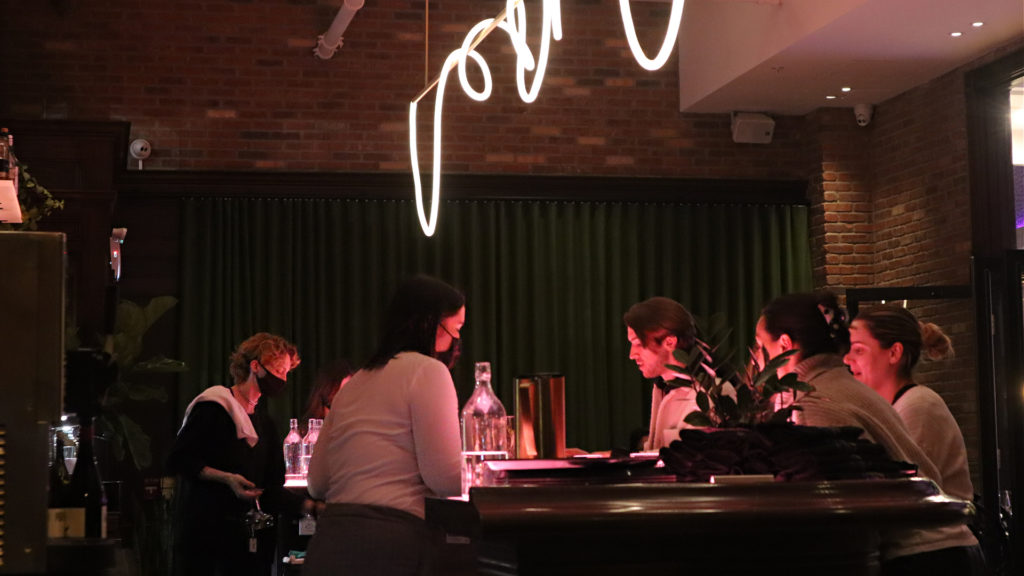 The lobby restaurant at landmark Toronto hotel and arts hub Gladstone House is back in action after a menu makeover courtesy of new executive chef Richard Singh. 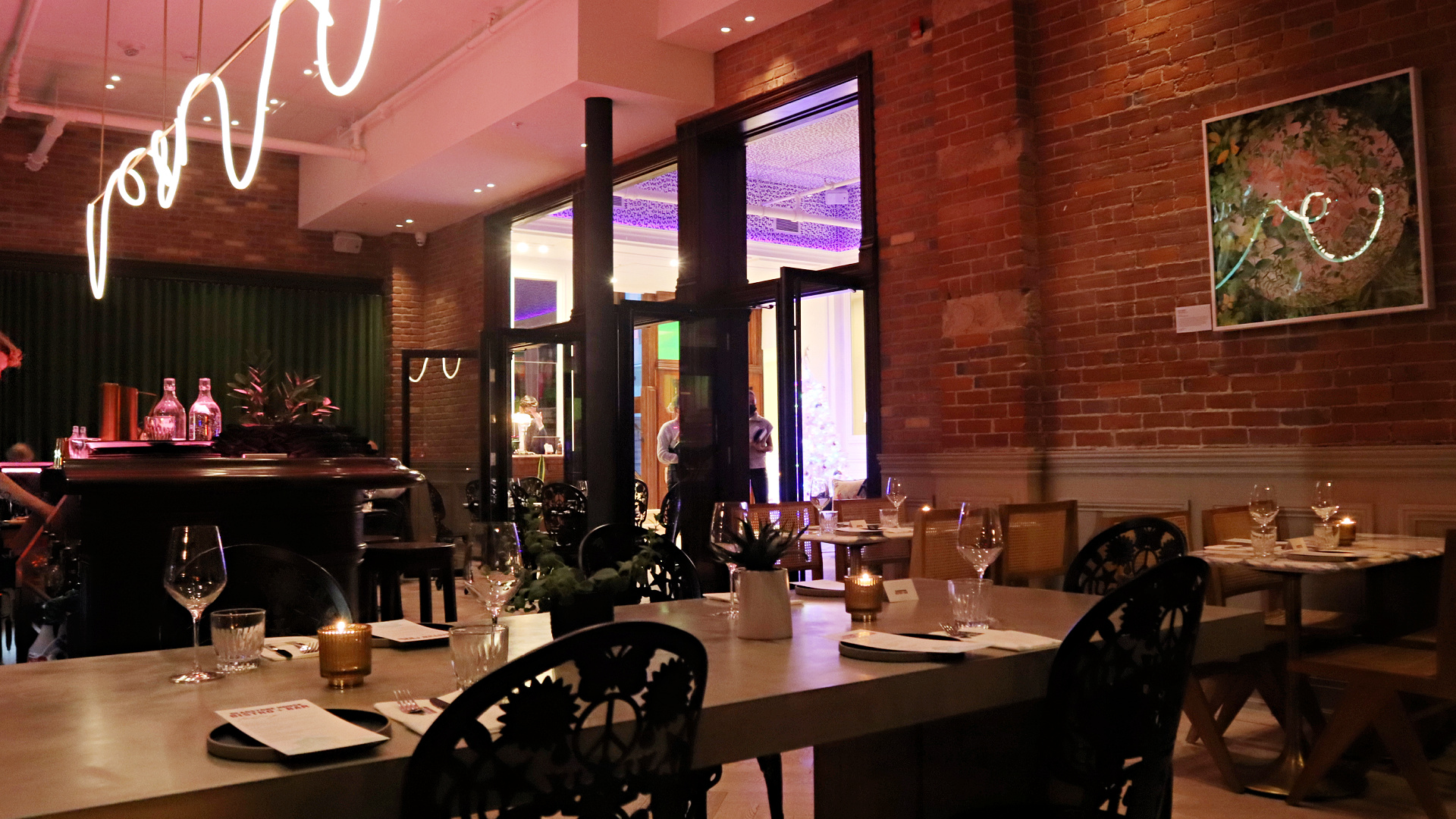 Prior to joining the team at Gladstone House’s sister property, the Broadview Hotel, in 2019, Singh worked in the kitchens of numerous Michelin-starred restaurants around the world, including Copenhagen’s experimental Noma and UK legend the Fat Duck.

The revamped menu at Gladstone’s Bistro + Bar reflects Singh’s global culinary pedigree, bringing North African, Middle Eastern and other playful cross-cultural influences to bistro staples. “This is the main restaurant for our hotel guests, so we wanted the menu to be approachable but also interesting,” says Singh. 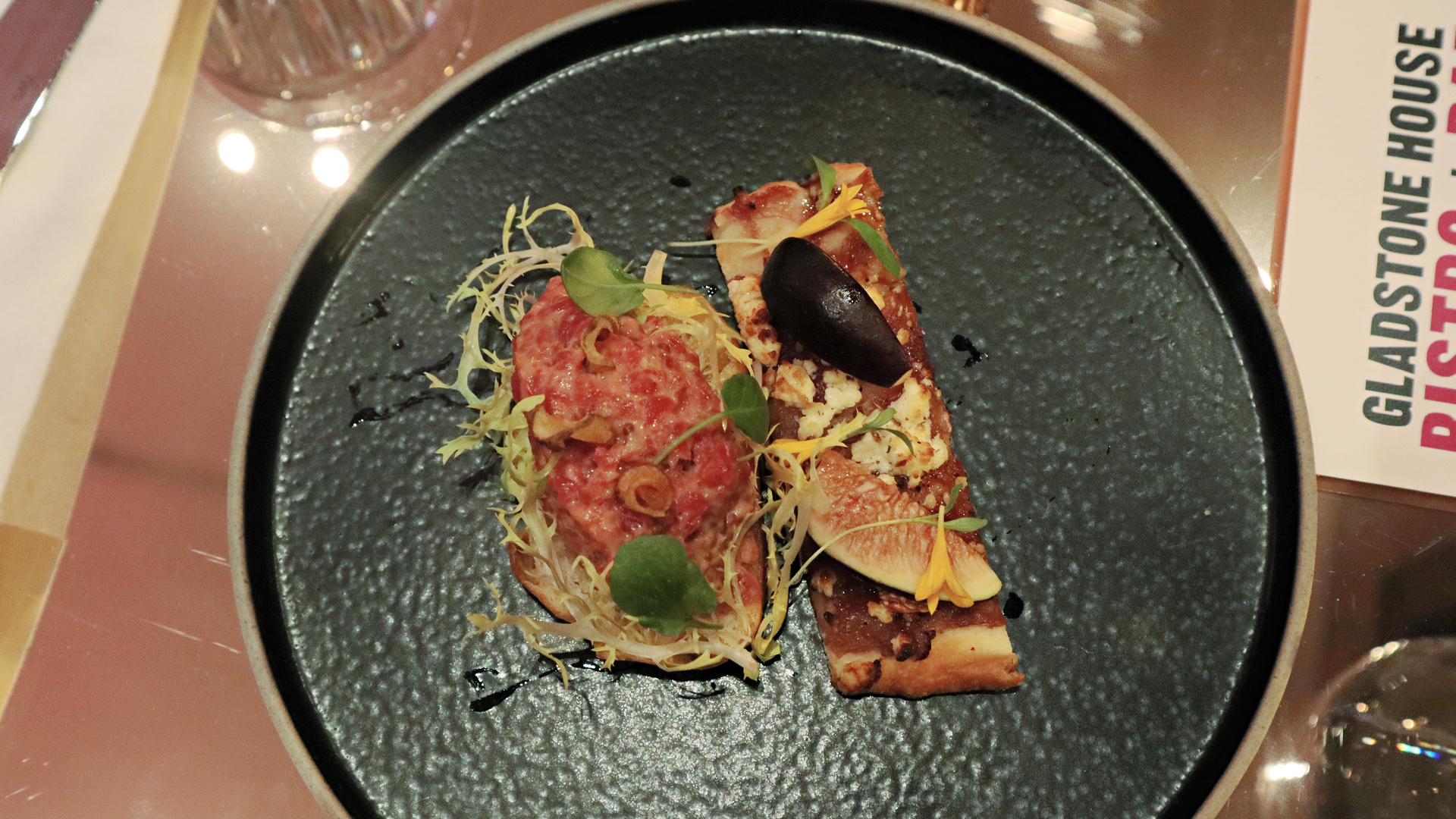 This beef tartare is served on a grilled baguette and seasoned with caper, shallot and a “secret sauce” reminiscent of a certain fast-food chain’s beloved condiment, creating a fun, high-low flavour juxtaposition. 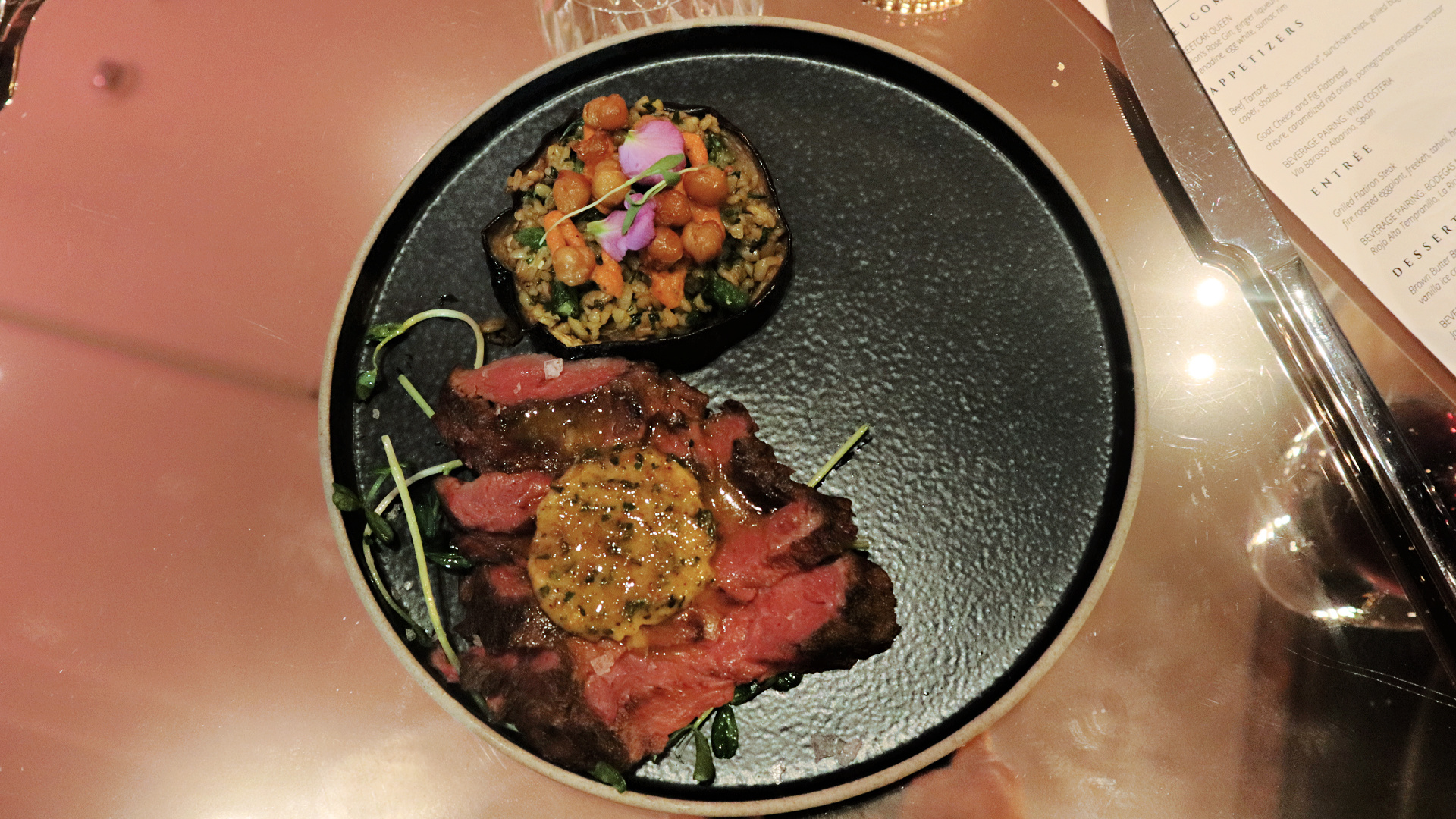 This grilled flatiron steak is dolloped with Baharat butter. It’s served with a slice of fire-roasted eggplant topped with freekeh, tahini, pea shoots and crispy chickpeas, which riffs on the flavours of baba ganoush. 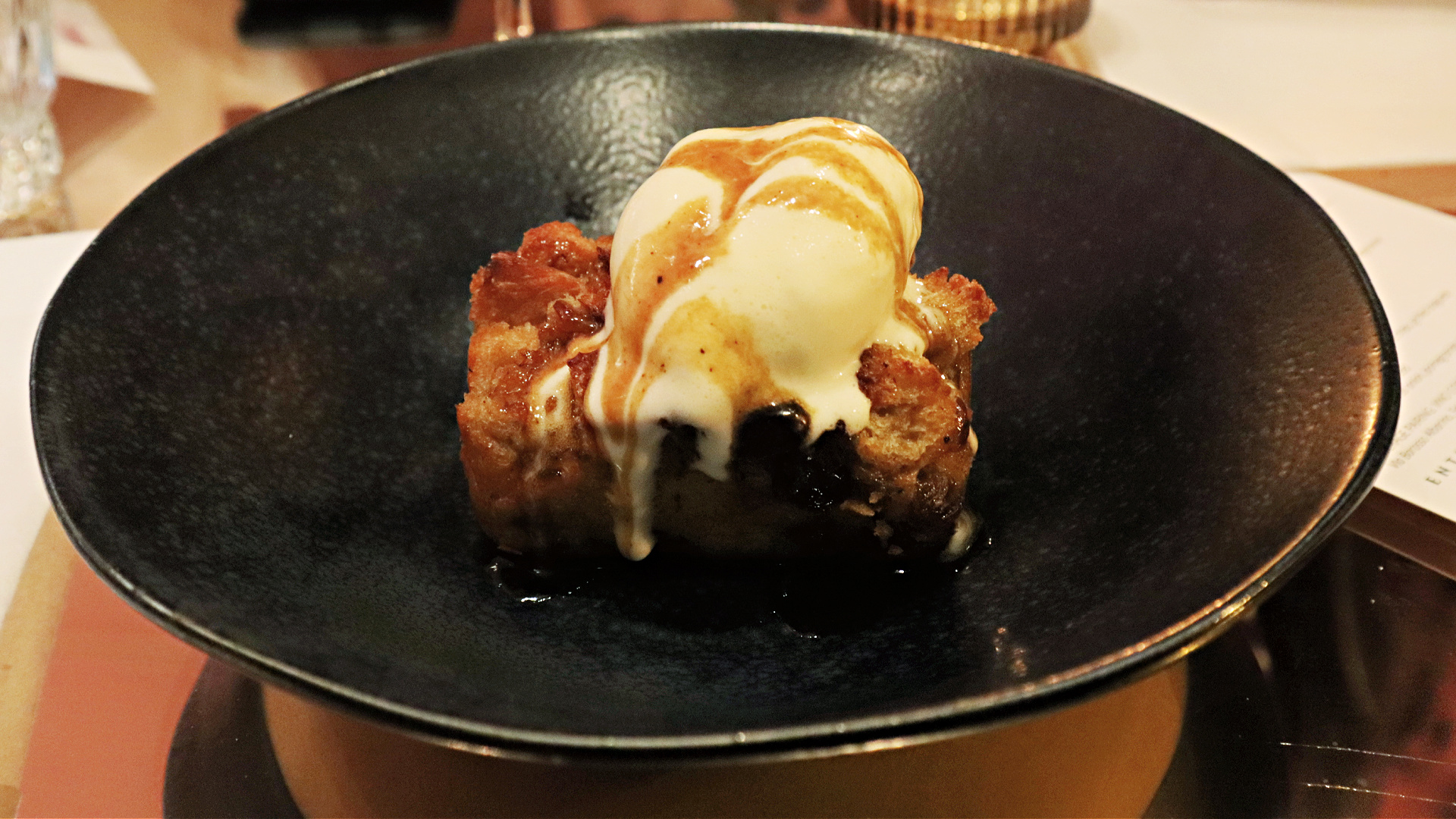 Bistro + Bar also offers a brief but intriguing selection of Old and New World wines by the glass and bottle, draft and bottled beers, as well as cocktails and mocktails. 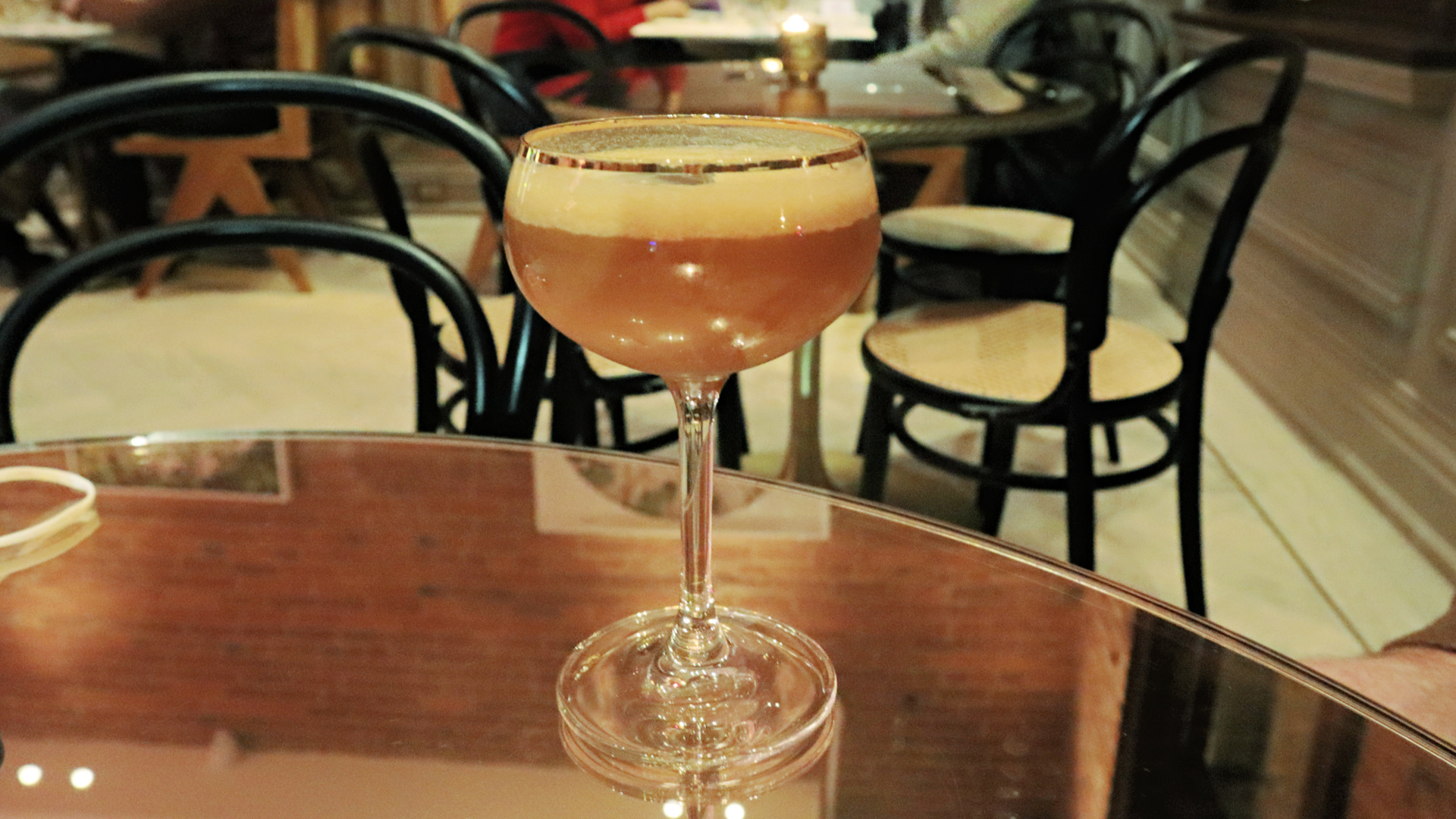 There’s a separate breakfast menu of well-executed classics ranging from a traditional fry-up to French toast, as well as all-day coffee and tea.

Bistro + Bar’s refresh comes as part of Gladstone House’s head-to-toe renovation, spurred by the hotel’s acquisition by Streetcar Developments and Dream Unlimited in 2020. Formerly the Gladstone Hotel, the property was rebranded as Gladstone House as a nod to its original name, which is engraved on the building’s exterior.

The transformation, which has been rolling out in phases since September 2021, aims to preserve Gladstone House’s 130-year-old architecture while reinvigorating its guest rooms and public spaces with thoughtfully-curated art installations by local creators.

The refresh has added 16 new guest rooms, as well as a basement studio space that will host artists-in-residence throughout the year. Melody Bar, once known for its popular Drag Brunch, is also set to reopen in the coming months.