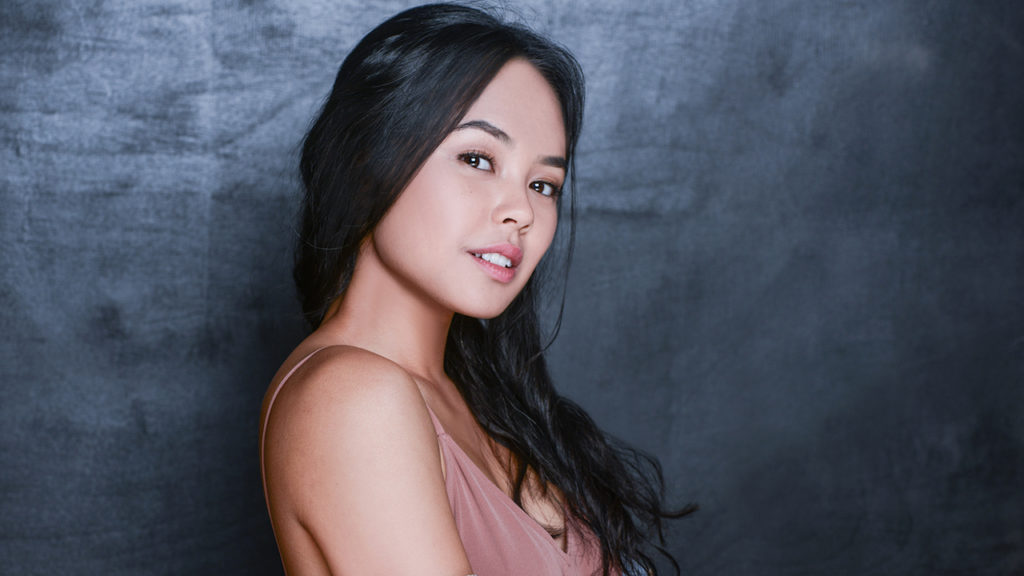 Legally Blonde is beloved by many, but for Netflix breakout star Chelsea Clark, it holds an extra special significance. In her high school’s musical production of the cult classic, she played Vivienne Kensington, a role that would pull her into the craft of acting and the joy of being part of a cast.

“I was so happy. I loved it so much,” she says. “Musical theatre is so wonderful in that everybody just becomes so close after hours and hours of rehearsal together. I would say it was one of the most pivotal parts of high school.”

Clark attended Cardinal Carter Academy for the Arts — her main focus there was cello, although she reveled in opportunities to act and sing onstage — but her passion for performing was sparked much earlier. As a child she played piano and took voice lessons, and she was not much older than 11 when she was scouted for her first role, playing Dhara Singh in Rookie Blue.

“And I’ve been in the TV and film world ever since,” she says. “I look back on my life and wonder, ‘Could I have gone a different route?’ But honestly, everything I’ve done and everything I’ve ever loved has always been in the arts. And I really don’t see my life going any other direction.”

Over the course of her decade-long career, Clark has played the complex and thrill-seeking Esme Song in Degrassi, acted in a predominately Asian cast in Kung Fu, and most recently, fans of her work can catch her as Norah on the second season of Ginny & Georgia, which premiers on Netflix on Jan. 5.


“Ginny & Georgia was a huge turning point for me because we were led by a female creator, a female showrunner,” she says. “I was inspired by so many strong, powerful women in leadership. And that was really big for me to realize I can take my own career into my own hands, create my own projects, and do what I want to do on top of developing my career as an actor.”

As much as Clark loves to act — she’s also tried her hand at screenwriting, which is an experience she regards fondly as finding and forming her voice as a writer — she is guided by unbridled ambition and is keen to take on more.

“I 100 per cent want to branch out,” she says. “I think it’s really funny how passionate you become about different sides of the industry once you learn about them, because there’s always something new to learn. It’s such a living organism. The film industry constantly is changing, constantly evolving, and it’s really hard to feel stale in it if you’re open to all of the changes. I think it would be amazing to be able to write my own project and to have something that is my own creation.”