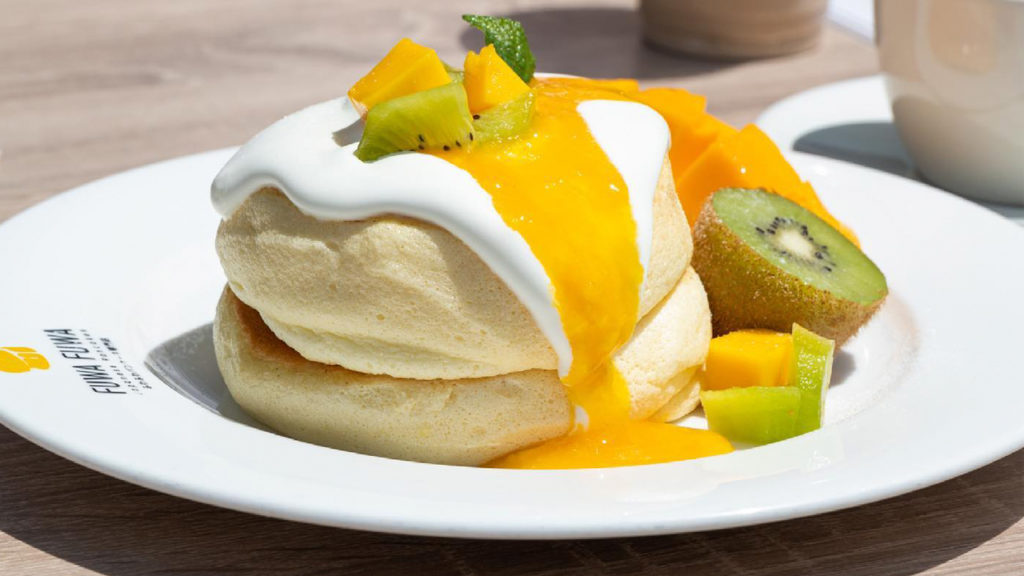 Fuwa Fuwa Pancakes is gearing up to expand internationally with new locations in Xiamen, China and Manchester, UK just three years after opening its first location in Toronto. The restaurant will also be expanding across the country with locations in Edmonton and Calgary, as well as doubling the number of its locations within the GTA from four to eight.

After leaving his career at a multinational company, the founder and business development director of Fuwa Fuwa Pancakes Benson Lau studied to become a pastry chef in Japan with the goal of one day opening his own bakery. He launched Fuwa Fuwa not long after moving to Toronto in 2017, applying his newly acquired skills to create something locals would love while bringing back a taste of Tokyo.

With a name translating to “fluffy fluffy,” it’s not hard to imagine the delectable, airy softness of the pancakes. Lau says the pastries are a blend between a French soufflé and a traditional pancake, combining flavours and textures drawn from diverse cultures. He says he feels fortunate to have been so welcomed and supported by the diverse communities of Toronto, and that Fuwa Fuwa’s expansion is a testament to the power of globalization and the common desire to explore different cultures, no matter where you are on the globe.

“It’s interesting because it’s globalization—so here, we are influenced by Asian cultures, and in other parts of the world, they’re influenced by western cultures, so I think it’s human nature to want to explore other countries,” Lau says. “People in China have the same curiosity and they would love to explore what’s popular and trendy in Toronto, and different Canadian flavours like maple syrup. As a local business from Toronto, we are happy to introduce this culture to the people in Asia.”

With international travel less accessible due to the pandemic, Lau says the company’s expansion into Asia will allow people to have a taste of Toronto without leaving home. Combining flavours like white chocolate and matcha while incorporating ingredients that may be more common in Canada like blueberries, raspberries and maple syrup, Fuwa Fuwa’s pancakes fuse east and west in a way that’s balanced yet unexpected.

The brand also recently launched a line-up of “fatcarons” (fat macarons), Asian-twisted basque burnt cheesecake, crepes and waffles. To celebrate the launch of the new locations, Fuwa Fuwa has also come up with a new and limited-time Maple Brûlée Pancake made with ingredients sourced from Ontario suppliers, which will be available at all locations for the month of July.

“We have been very lucky that our community is supporting us and that they love our pancakes,” Lau says. “We’re excited to bring this beloved Canadian staple to Asia and continue spreading happiness through food.”

Yesterday was the soft launch of the pancake purveyor’s first location in China, and the team is hard at work getting ready to open the other new locations later this year. For more information, visit fuwafuwapancakes.com.