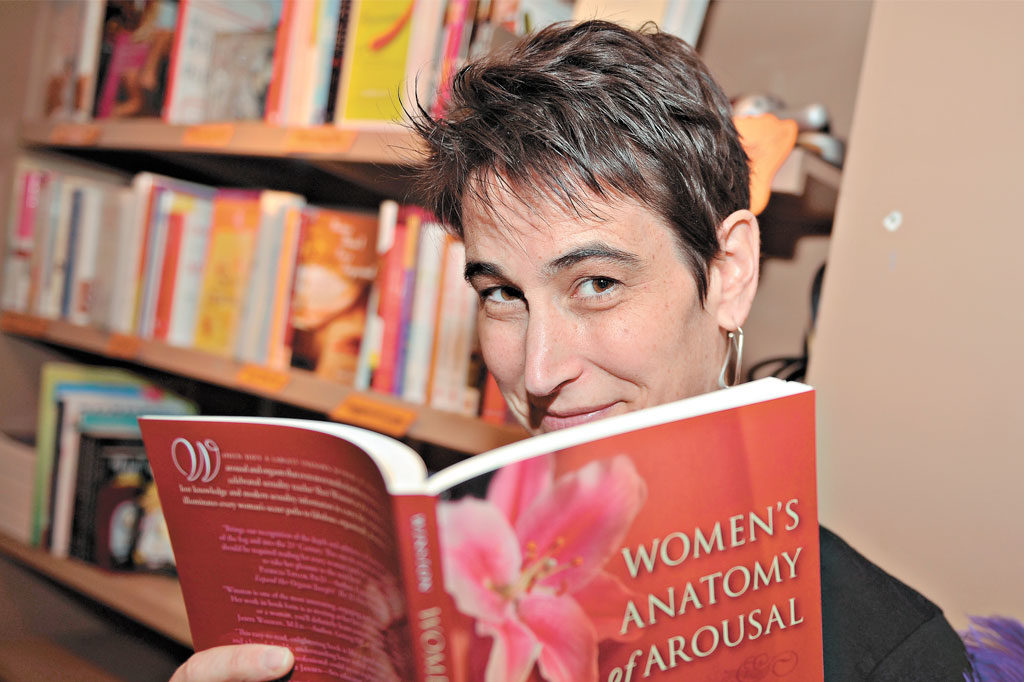 Toronto is brimming with sex, and savvy entrepreneurs are taking note. They are educating the masses and making money in the process.

Carlyle Jansen is a sex education trailblazer who founded the female-friendly sex shop Good For Her in the ’90s. Back then, the industry was more clandestine, but now Toronto is more of a global leader.

“People come to Toronto to explore new ideas, architecture, culture and to be anonymous when it comes to sex,” says Jansen.

Toronto offers a range of interactive experiences. Upscale sex clubs, like Oasis AquaLounge, host theme parties for singles, couples, threesomes, students and voyeurs in a converted 19th-century mansion. Their pool deck is popular for clothing-optional sunbathing, and they even host nude karaoke.

If you prefer fully clothed events, Tell Me Something Good at the Gladstone Hotel offers dirty talk and bawdy storytelling open to the public (and free!).

Industry insiders believe that the diversity of our communities plays a significant role in the industry.

“From LGBTQ rights to our fast growing populace of informed feminists, this city embraces sexual power,” says Wil McLean, founder of Sybian Toronto. His company co-ordinates rentals of the Sybian, a world-renowned sex machine with a four-figure price tag.

Mikey Singer of the Everything To Do With Sex Show, the largest adult consumer trade show in North America, attributes the show’s size and success to Toronto’s sex-positive attitudes.

Creative thinkers are making sex mainstream in Toronto and starting important conversations that can empower communities.