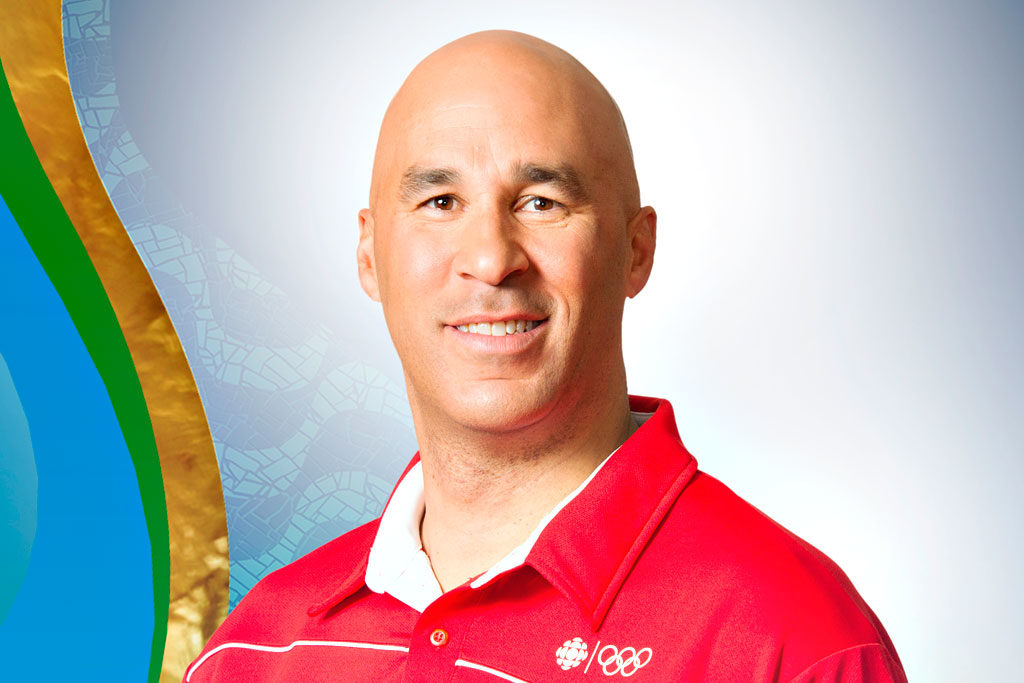 For Michael Smith, his Olympic and medal-winning career as a decathlete is only a part of his story.

After winning medals and breaking records at events such as the Commonwealth Games, the World Championships in Athletics and the Götzis International Decathlon and being Canada’s flag bearer in the 1992 Olympics, Smith has gone on to broadcasting track and field events for the CBC.

The Central Technical School graduate says he always had an interest in high performance, whether sport related or not.

“That interest just happened to start in sports, but the criteria of high performance — the schedules, the focus, the hard work, the diligence, the surrounding yourself with great people — certainly transferred into different aspects of my life,” he says.

Smith says his interest in sports started at age three when he would watch the older kids play different sports.

“I have an innate feedback system loop where I could watch someone play basketball and watch how they shoot, and my body could just do it after I watched it,” he says.

Growing up, Smith says he had access to a variety of sports instead of being pigeonholed into one.

“The fact that I got to try so many different sports was a huge asset for me. Every sport I would try and have fun at,” Smith says.

That led to him eventually being recruited by the Canadian Olympic decathlon coach, who encouraged him to move to Toronto for training and to complete his last year of high school at Central Tech.

Smith views the coaches and mentors in his life as instrumental to his success.

He cites Canadian decathlon coach Andy Higgins as the reason why he chose to pursue decathlon instead of other offers for sports such as basketball and football.

“Beyond being a world-class Canadian Olympic coach, he was a great salesman as well, and he sold me on the possibility of the Olympic dream,” says Smith.

Mentoring and coaching has continued to play a big part in Smith’s life, like coaching his young daughter in house league soccer. In his business career, which he first became interested in while at Central Tech, Smith helps entrepreneurial clients reach their goals.

“That’s where I feel like I’ve transferred my athletic background into coaching skills, not in sport, but in wealth management and finance. Helping somebody reach their goals is really satisfying,” he says.

In broadcast, Smith describes his agent Elliott Kerr as a great friend and business person who helped him into the industry with CBC.

When it comes to mentors in the community, Smith says he looks up to sportscasters Don Wittman, Geoff Gowan and Mark Lee whom he also considers friends who made his sportscasting experience so enjoyable.

“I remember when Cathy Freeman won the 400 metre in Sydney. I still get goosebumps talking about it … but even with all those performances on the track, if I didn’t work with great people, it wouldn’t be fun. It wouldn’t be worth it,” says Smith.

“Good people, good projects, that’s kind of my mantra. When I focus on those things, good things seem to happen all around.”

Smith just wrapped up broadcasting the IAAF World Championships in London, England where sprinter Usain Bolt ran his last race. The event turned out to be a disappointment for the Canadian team with zero medals.