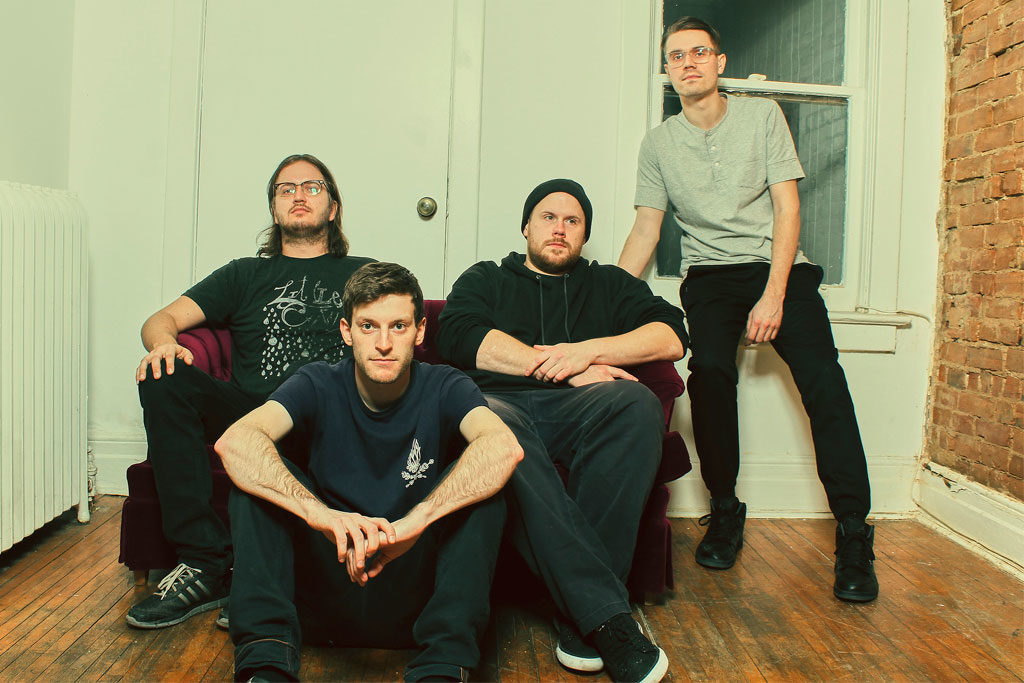 Stefan Babcock, lead singer and guitarist of punk-rock band PUP, began his high school career just like everyone else — trying to get out of math class. In fact, he auditioned for Earl Haig Secondary’s drama program just to cut down his time in math and science by focusing on the arts.

Babcock hadn’t been particularly excited by theatre. He did find the passion of his cohorts rather catching for a while and was swayed into a sort of theatre-kid Stockholm Syndrome by proxy, but in the end, music was the ticket for this accidental artist.

“I realized in 12th grade that I hated acting,” says Stefan. “I spent so much time getting into other people’s heads and not my own.”

Around the age of 15, the reluctant thespian started hanging around a group of kids who were into ska music. Babcock picked up a guitar for the first time and became their lead guitarist. Calling themselves Stop Drop ‘N’ Skank, the band started gigging pretty much immediately.

“I’m sure we were terrible at first,” says Babcock jokingly. But time and practice morphed inexperience into skill, and Babcock learned that he could express himself through writing and performing his own music.

“I hated most of high school, but I loved playing with that band. When I think about it, just hanging out with those goofy kids changed the whole course of my life,” he says.

It was during this time, that Babcock met Nestor Chumak, PUP’s bassist, and the two recorded one of Babcock’s songs together for a school project.

The collaboration ignited an undeniable musical chemistry, which compelled Chumak to team up with Babcock, as well as drummer, Zack Mykula, and guitarist, Steve Sladkowski.

And thus, PUP was born. They did call themselves Topanga for a while, a nod to the iconic character from the hit mid-’90s show Boy Meets World.

However in 2013, the band felt the show had lost its nostalgic cachet, and they decided on PUP.

Since the band formed, PUP has released two studio albums, received multiple Juno nominations, was shortlisted for the Polaris Prize and won the SOCAN Songwriting Prize in 2017.

“It’s been a wacky ride,” says Babcock, when describing the band’s rise to fame and their multiple tours through North America and Australia.

“Sometimes I can’t believe that this is my life. It’s completely surreal,” he says. “But unless you love it, more than anything in the world, and unless you’re willing to be poor forever and screw up your life, don’t go into art,” he warns.

PUP is about to embark upon a five-week European tour. For the first half, they will be sharing the stage with the Menzingers and Cayetana, two notable American punk bands. And the second half of the tour has PUP headlining stages all over France and Spain, concluding in the Canary Islands.

Babcock has definitely come a long way from his ska roots. Following his passion for music may have brought with it some lows, but he’s also seen some incredible highs.

It just goes to show that sometimes hanging out with a bunch of “goofy kids” and following your own expression is actually a pretty great life move.