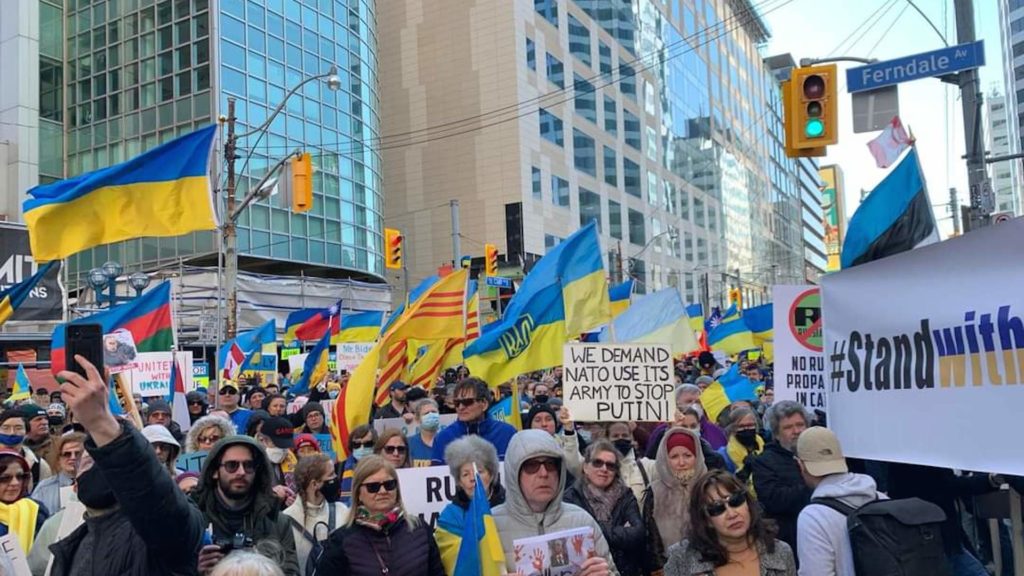 Following a city council meeting on March 8, the city of Toronto is moving forward with a plan to name the area in front of the Russian Consulate as Free Ukraine Square.

The Consulate General of the Russian Federation is located in North Toronto at 60 St. Clair Avenue east of Yonge Street on the fifth floor.

The initiative was spearheaded by city councillor Josh Matlow, in whose riding the consulate is located, along with Mayor John Tory and the Ukrainian Canadian Congress.

Toronto stands in solidarity with Ukraine. Moving forward, St. Clair Ave (between Yonge and Avoca- in front of the Russian Consulate) will now be known as “Free Ukraine Square”. I’m working with ⁦@UCCToronto⁩ and Mayor ⁦@JohnTory⁩ on this honorary renaming. pic.twitter.com/KhYBDhL2bj

“Toronto stands in solidarity with Ukraine. Moving forward, St. Clair Ave (between Yonge and Avoca- in front of the Russian Consulate) will now be known as “Free Ukraine Square,” wrote Matlow, on social media.

Similar renaming plans have been occurring in other cities around the world following the Russian invasion of Ukraine more than two weeks ago. There have been regular protest rallies at the site since the war began.

“The Ukrainian Canadian Congress fully supports your initiative to rename the stretch of St. Clair Ave. E between Ferndale and Avoca Ave to “Free Ukraine Square,” wrote Peter Schturyn, president of the Ukrainian Canadian Congress in a letter of support to city councillor Josh Matlow, in whose riding the consulate is located. “It is through many such initiatives that we can put pressure on Russia and its regime to stop the senseless killing of innocents in Ukraine.”

“Free Ukraine” street signs will be put up around the site.

This weekend, the Ukrainian Canadian Congress will be hosting a protest march in downtown Toronto in support of a no-fly zone over Ukraine, which begins at 620 Spadina Ave. at 2 p.m.

Looking for other ways to support Ukraine, check this article.