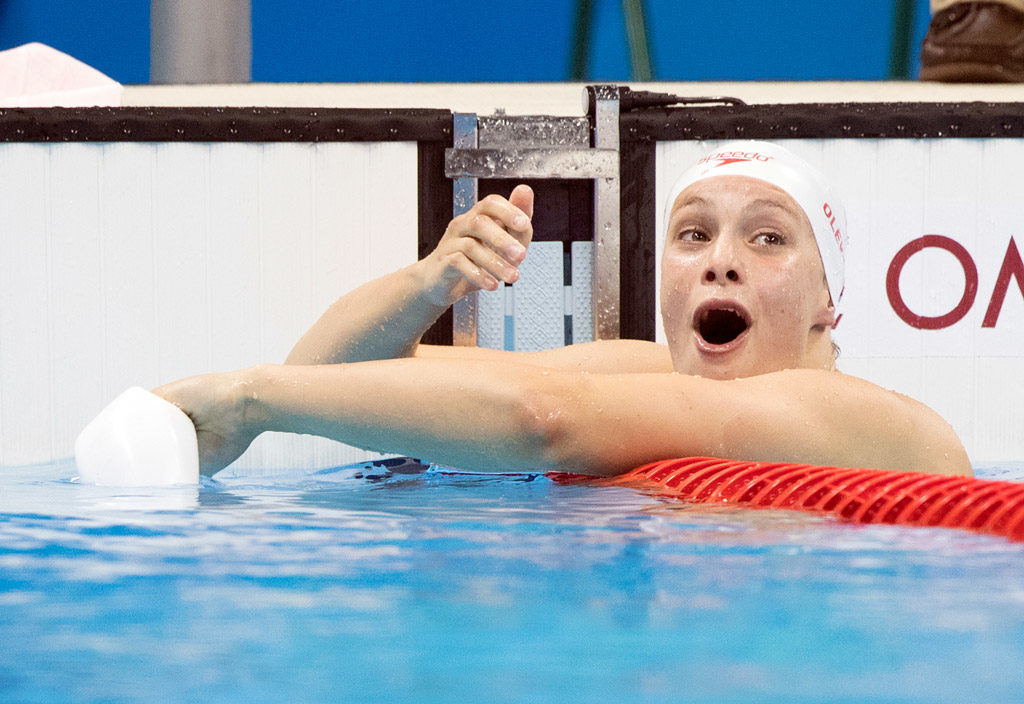 Penny Oleksiak came out of left field as she was really tracking for the Tokyo Olympics in 2020. I was at the Olympics as part of the CBC broadcast team. The studio was so small that we couldn’t accommodate guests beyond their segment, but there was a portable trailer with a monitor. I finished my segment and left the studio because we didn’t see the bronze medal coming. I didn’t have time to make it to the pool so I popped in there to watch it.

Anyone who has seen the viral video Tewksbury Loses It, knows my reaction. There wasn’t a cameraman or anything, that video was taken off a cellphone or I never would have reacted that way. It was clearly exciting already, but nobody saw the gold medal coming in the 100 freestyle.

I think Penny should be Torontonian of the Year because of two things: these Games were defined by women and by momentum, and Penny was a big part of both. When you’re winning six medals early, of which Penny was a part of four of them in the pool, that just sets the team up for success, which, of course, led to 22 medals in the end — our best ever result.

Penny showed remarkable composure for a young person. After the 100 free, most swimmers turned to see what happened, but she waited a good five seconds. I asked her later what was going on, and she said she just wanted to make sure that whatever she got she would be happy with it. Then she turned and saw that she won. What an inspiration.

A lot of younger people really took to these Games, and I think that has a lot to do with her. She sparked energy and imagination in a lot of people, especially young people. And that’s hard to beat. At least until 2020.

Mark Tewksbury was a 1992 Olympic gold medallist in the 100 m backstroke. This is the second story in our multi-part series on the most inspiring Torontonians of 2016. Yesterday's was chef and trailblazer Joshna Maharaj.

The full index of our stories about Toronto's most inspiring people of 2016.