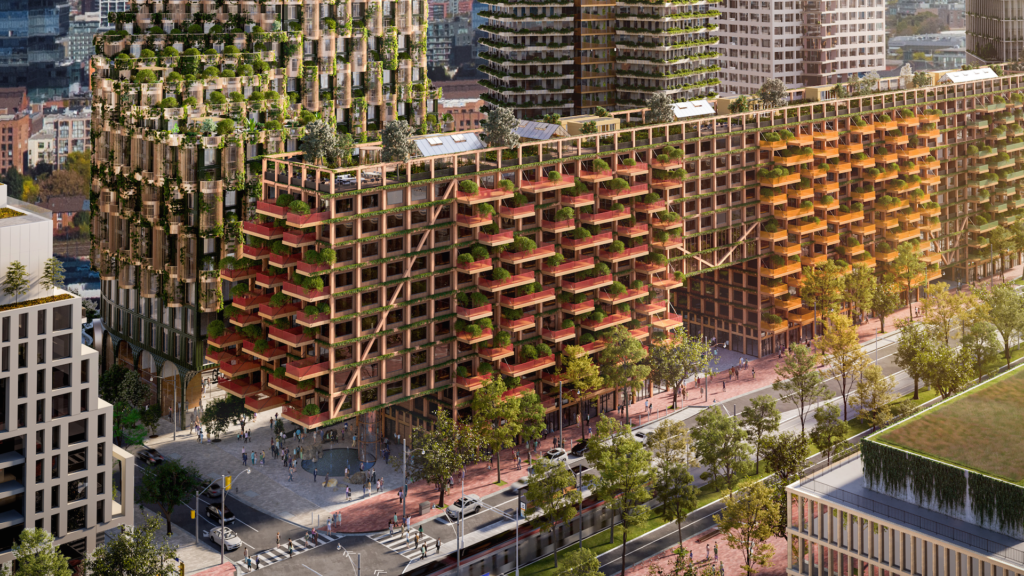 The land that was almost home to a Google-powered Sidewalk Labs neighbourhood of the future is set to become Canada’s largest all-electric, zero-carbon master-planned community dubbed Quayside.

“This agreement is another step toward Quayside becoming the world-class, complete community that Toronto was promised,” said George Zegarac, Waterfront Toronto CEO. “It codifies the vision for this neighbourhood, and all the hopes that we heard from the public and from our partners in government: Quayside will be a community that is dynamic, inclusive and resilient.”

Last winter, the Quayside Impact Limited Partnership was selected by Waterfront Toronto following a competitive process. Since then, there have been negotiations ongoing to come up with key commitments for the development, which are outlined below.

“The discussions with Waterfront Toronto that led to this agreement reaffirmed that we share the same values and priorities when it comes to this incredible opportunity,” said Michael Cooper, founder of the Dream Group of Companies. “We are lucky to be working with a partner like Waterfront Toronto, whose ambitions for this site have guided our vision every step of the way,” said Neil Vohrah, president, of high-rise residential (North America) with Great Gulf Group.

The development is slated to include five towers plus one of Canada’s largest residential mass timber buildings.

“Even as the economic climate makes development projects more difficult, the board was pleased to see how this deal advances Waterfront Toronto’s public good mandate and the important commitments made by all parties,” said Jack Winberg, chair of Waterfront Toronto’s Investment and Real Estate Committee.