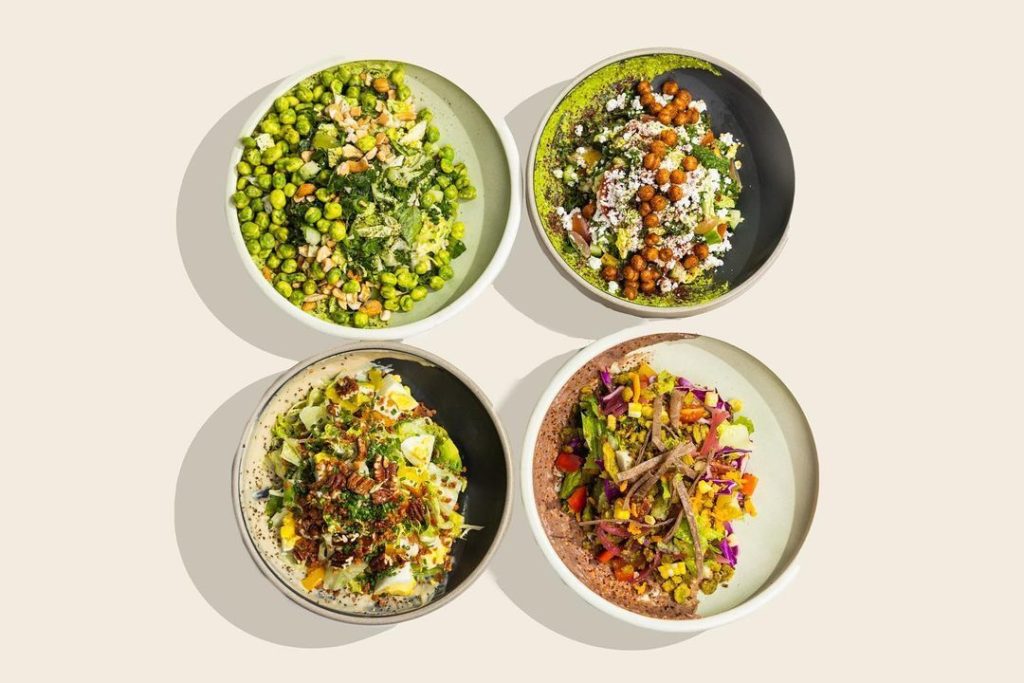 If you haven’t had the pleasure of tasting the Rasa Chopped, executive chef Adrian Niman’s addictive take on the traditional chopped salad which many Torontonians consider to be the best in the city, here’s another opportunity to do so. The Food Dudes’ founder along with partners Adam Minster, Derrek Wasser and Lindsay Klein have opened Chop Hop in Commerce Court, serving up delicious salads, a selection of artfully crafted soups and energy balls.

“Eight years ago when we opened Rasa, we didn’t have a salad on the initial menu and my business partner Adam  forced me to come up with one, and the Rasa Chopped salad was born,” Niman said. “It kind of became one of Toronto’s iconic salads and one of the things that is our highest revenue generator at Rasa.”

During the pandemic, Niman and his team decided it was time to go in the direction of the Quick Service Restaurant (QSR) models which are easier to scale and staff, and help to create a better work-life balance and Chop Hop was created.


The four salads on the menu include the infamous Rasa ($12.50) tossed together with kale, napa cabbage, cherry tomato, peppers, cucumbers and red grapes garnished with crispy harissa chickpeas and a jalapeño spread; the vegan Sara ($12.50) garnished with wasabi peas, roasted cashew with fennel and green grapes; the gluten-free Jefe ($12.50) with red cabbage and quinoa, jicama and garnished with corn crisps and pepper jack cheese; and the Cobb ($14.50) with a bacon and egg base, featuring a blue cheese miso spread and garnished with spicy candied pecans.

Four soups also adorn the menu and include Cure, a lemongrass chicken soup ($9); Silk, a mushroom cream soup ($10); Gold, a vegan corn soup ($9) and Hrty, a turkey chili ($10). When the warm weather hits, Chop Hop will introduce unique gazpacho to the menu.

Niman says there are plans to open additional Chop Hop locations over the next year including one in the PATH and one at Yonge and Lawrence which will be a Pantry and Chop Hop store.

“The plan is really to scale this concept. We’ll be looking to do five to six locations in Toronto in the next two years, and then really expand across Ontario and look to venturing down south with our other brands as well,” Niman said.