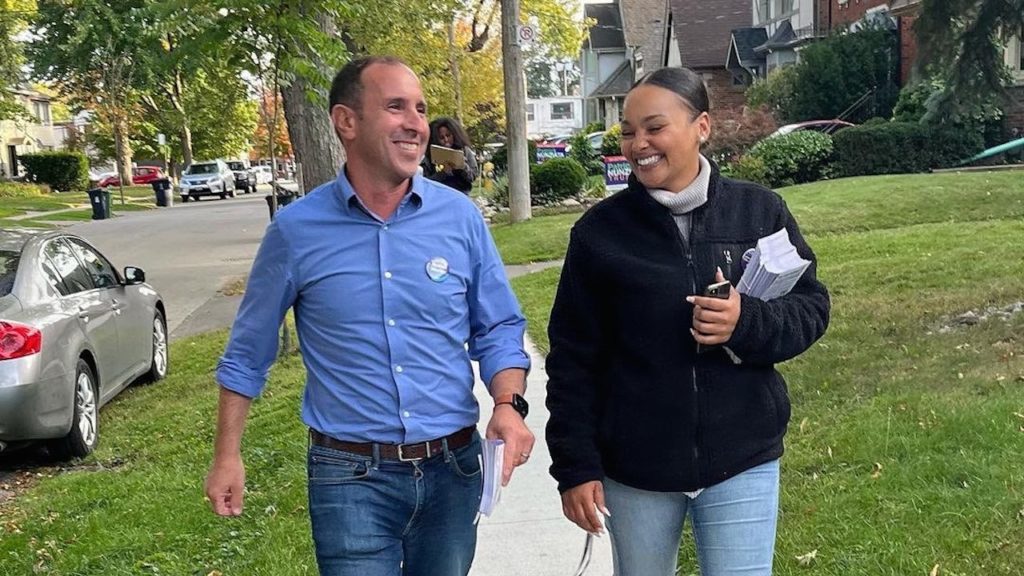 Little changed overnight in the city of Toronto following the municipal election. Not surprisingly, most incumbent councillors were re-elected, despite a couple of very close calls, and Mayor John Tory easily held on for another four years as the city’s leader. There was scant energy or interest in this election. Perhaps it was the fault of the media for not doing enough to delve into the serious issues facing Toronto. Perhaps it was the result of the lack of a “name” candidate to challenge John Tory. But nonetheless it happened, and forward we go with a serious budget issue facing the new city council, a housing crisis, more unhoused than ever on our streets, a climate crisis set to challenge our dated infrastructure and, sure, why not throw a recession in there. The election wasn’t popular but the newly elected council faces a city up to its CN Tower in very serious problems.

Here are five key takeaways from an otherwise lacklustre night of municipal politics.

Based on the 551, 890 people who showed up at the polls to vote there is something very wrong with what is going on at city hall and how disconnected Toronto residents apparently feel. That is a new record for the lowest number of voters at a city election and a sad indictment of the current city council and its leadership. Yes, there were no big issues to confront in this election, but that’s only because city hall isn’t taking any bold steps forward. We could have debated tearing down the eastern part of the Gardiner Expressway but mayoral candidate Gil Penalosa proposed the idea far too late in the game with no new arguments. We could have debated the Province imposing the Strong Mayor system on Toronto and taking more control for itself. But it’s a more complex issue, perhaps, that people could handle at the moment and it is being imposed on us with no recourse. So, we get what we get and I guess we can’t get upset because 75 per cent of the city stayed home.

A first for city council

Congratulations go to Ausma Malik who was elected in the riding of Fort York-Spadina. Malik becomes the first hijab-wearing Muslim councillor elected in Toronto. Malik takes over for one of the city’s most effective and progressive councillors in Joe Cressy. Adding diversity to the city council that accurately reflects the growing city is one of just a couple of great wins in an otherwise lacklustre election, and we wish her the best of luck.

Out with the old

Although she was very close in the last election, Amber Morley finally defeated the long-running councillor in Etobicoke Lakeshore last night despite Mayor John Tory’s best efforts to advocate for his fellow conservative councillor Mark Grimes. First elected in 2003, Grimes held onto his seat for almost two decades. Apparently, things got so desperate for Grimes towards the end of the campaign that his team produced some American-style attack ads targetting Morley. Good to know that those types of campaigns are not as effective here. Morley secured the win and will surely bring some fresh energy and ideas to city council this fall. Do we need term limits on city council to allow for a consistent stream of fresh ideas and energy? It might be a welcome change.

Before the election, there was one lone Black city councillor in Toronto in Scarborough’s Michael Thompson, which is a far cry from diverse and representative. Well, now there are four. Thompson held onto his Scarborough Centre council seat despite charges of an alleged sexual assault that came up during the election campaign. The aforementioned Morely got the nod in Etobicoke-Lakeshore. In addition, Jamaal Myers was elected in the Scarborough North riding, in which incumbent councillor Cynthia Lai passed away during the run-up. The fourth Black city councillor is Chris Moise who takes over for Kristyn Wong-Tame in Toronto Centre. It’s getting better.

Incumbents have generally had a fairly easy time of re-election in the city unless facing a well-funded, established candidate who works very very hard. The mayor’s job is even more secure. It would take something special to unseat an incumbent mayor in this city. Looking back, you’d be hard-pressed to find the last time it happened. Mayor Tory did not face an incumbent when he won. Neither did Rob Ford or David Miller. Mel Lastman defeated incumbent Toronto mayor Barbara Hall, but he was the former mayor of North York at the time of amalgamation to Mike Harris’s poorly contrived “megacity,” so unique circumstances. Still, Tory did get re-elected and in his speech following his election claimed he had a “strong mandate.” With more than 135,000 fewer votes than the last election in 2018, despite even weaker opposition. Can 10 per cent of the population voting him can equal a strong mandate? It’s an interesting and very optimistic take to be sure. That being said, as long as Mayor Tory completes his final term he will stand as the longest-serving mayor in the city’s history.