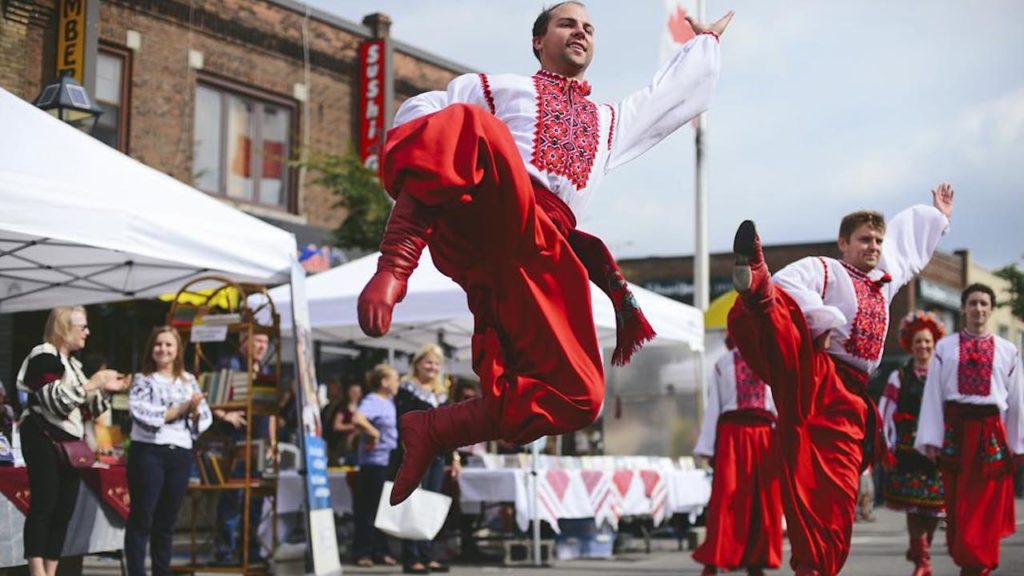 Although Greetktown’s Taste of the Danforth was cancelled this year, not to fret: there are plenty of street festivals taking over Toronto that promise to delight your senses by way of music, art, cuisine and culture.

Scarborough’s largest street festival, Taste of Lawrence is a three-day food and cultural event that will take place along Lawrence Avenue between Warden Avenue and Birchmount Road. The fest will include more than 130 street vendors, midway rides, plus two live entertainment stages featuring a slew of musical and dance performances including Juno award-winner, Sean Jones and the Righteous Echo.

Trust us when we say the rhythm is going to get you if you attend Salsa on St. Clair. Along with great eats and entertainment, festival goers have the opportunity to take part in non-stop dancing in the streets — keep your eyes peeled for ‘Dance Hot Spots’ along the way. Taking place on St. Clair Avenue West between Winona Road and Christie Street, the weekend lineup for this Toronto street festival includes an international caliber of Latin music, a kid zone, market area and 35 food vendors serving up authentic cuisine.

More than one million tourists are expected to descend upon the city to celebrate the Toronto Caribbean Carnival. Billing itself as a cultural explosion of Caribbean music, cuisine and revelry as well as visual and performing arts, this year’s carnival celebrates the 55th anniversary of the Grande Parade which was first gifted to Canada by the Caribbean community during Canada’s centennial celebrations. Highlights include the King & Queen Costume Showcase, the annual Steel Pan Showcase and The Grand Parade Day hosted on the Exhibition Place grounds which is set to include performances by more than 10,000 masqueraders.  This year’s event will also include Carnival Flavours, featuring food and drinks from an array of Caribbean islands and their local communities in the GTA.

Taste of the Kingsway

North America’s largest Ukrainian Festival will be celebrating 26 years of Ukrainian culture. The theme of this year’s event is gratitude, and will showcase non-stop entertainment including performers from across Canada, the USA and Ukraine, while vendors will offer authentic cuisine, crafts and collectibles.

For more of the best events happening in Toronto this month, click here.