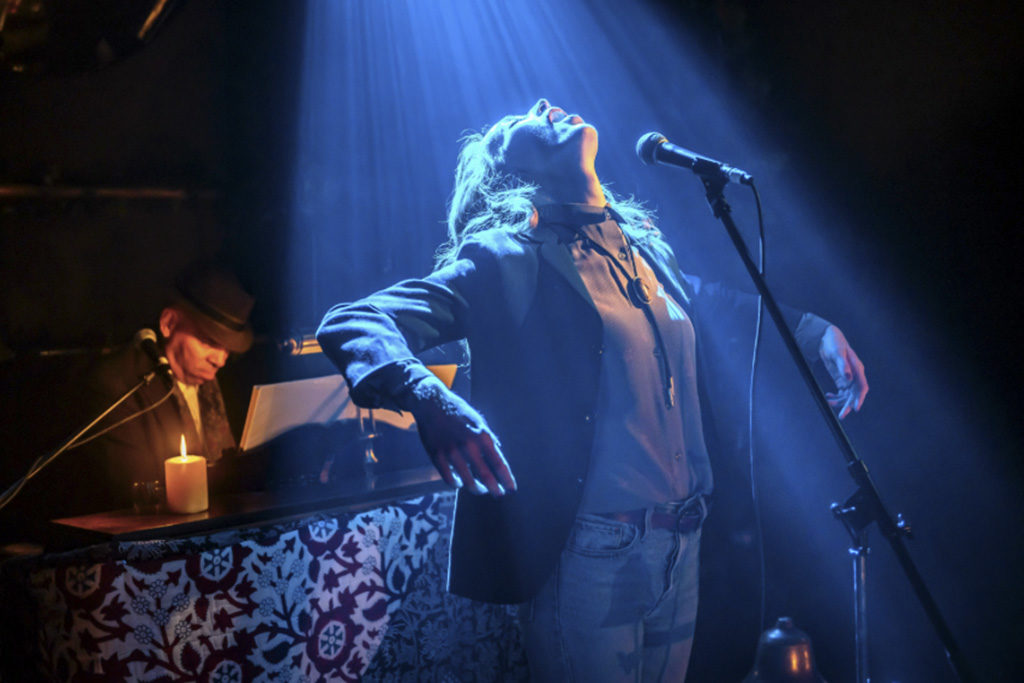 Ghost Quartet was created by American playwright and composer Dave Malloy. It hit off-off-Broadway in 2014. The original 2015 off-Broadway production was nominated for a Drama Desk Award for Best Musical.

It is unconventional in the best sense of the word. And it seems safe to say the production is a theatrical cousin of otherworldly song cycles such as Soulpepper Theatre’s recent hit Spoon River.

The production is, in a word, fantastic. The talent on display from the show’s four stars —  Beau Dixon, Hailey Gillis, Kira Guloien and Andrew Penner — is breathtaking.

The tiny space inside the Crow’s Theatre provides a fittingly moody atmosphere perfect for the creepy stories about to unfold on stage.

Another Brick in the Wall: The Opera

With inspiration coming from the era-defining 1979 album The Wall, the Toronto premiere of this trail-blazing production of Another Brick in the Wall: The Opera sets the poetic lyrics of British rock legend Roger Waters to a bold new operatic score by award-winning, Montreal-based composer Julien Bilodeau.

The production premiered at Opéra de Montréal as part of the city’s 375th-anniversary celebration, but long before then, Bilodeau was tasked with selling the idea to Waters, who originally scoffed at the idea. “He was very dismissive,” says Bilodeau, who convinced him to listen to some demos.

“It was pretty much the decisive moment of the project. He listened very carefully, and he was very surprised and moved. He turned around and looked at me, and said, OK you got it,” Bilodeau says. “From that moment, I would say, we’ve met three other times, but I was very free in my work. The only really big constraint was to follow the text, his text. So I didn’t add or subtract anything. It really is the text of the album.”

Four writers struggle to get their new cop show approved for production. When the team’s only black writer is roughed up by an actual cop, the fallout threatens to not only kill the show but expose the systemic racism at the heart of popular entertainment itself.

Iconic performer Cher returns to the city for a massive show at the Scotiabank Arena on Nov. 29 that is sure to be a glamorous, funky affair. Joining the Goddess of Pop will be Nile Rodgers and Chic, of “Le Freak” fame.

Giselle will be one production that ballet lovers will not want to miss as it features principal dancer Greta Hodgkinson dancing the role of Giselle for a final time before she retires in March 2020.

She dances opposite one of her longtime National Ballet partners in principal dancer Guillaume Côté as Albrecht. Other principal dancers for this production include the incredible Sonia Rodriguez opposite Francesco Gabriele Frola as well as Jillian Vanstone, Heather Ogden and Brendan Saye.