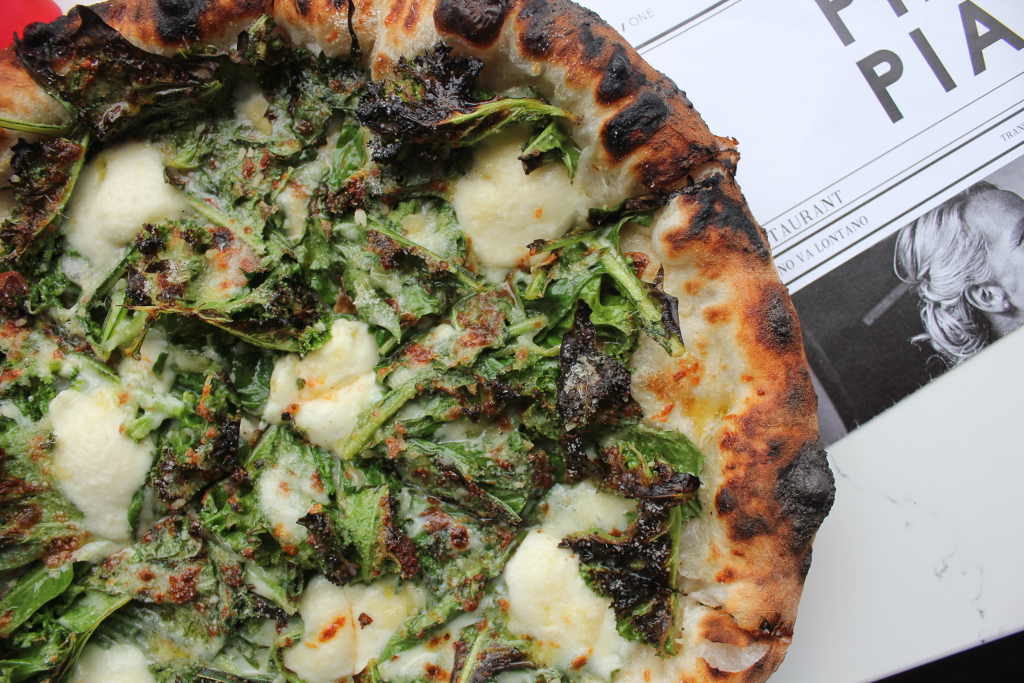 Work-life balance can be rather elusive in the restaurant industry, especially when you’re running one of the best in the country.

Chef Victor Barry purchased Splendido in 2009, at age 26. At the time — and up until he cooked its final meal this past New Year’s Eve — the tasting-menu focused restaurant was one of the most expensive dinner tabs in town. But by many critics’ standards, its reputation surpassed the $180-per-head price tag. It was enough to earn the number five spot on Canada’s 100 Best Restaurants list just last year.

Through his years at the helm — through marriage, the birth of his two daughters and countless extracurricular occasions — Barry constantly worked to be the best. But last month, he reopened his iconic restaurant at 88 Harbord Street as the more casual Piano Piano.

“I always thought tasting menus were the best, and I wanted to be the best,” Barry says, while sous chef Allison Grundman and chef de cuisine Jeff Lapointe finish their prep for the evening’s service.

“Being the best restaurant in the country wasn’t as important as being a great husband and father.”

The name means “slowly, slowly,” a daily reminder to Barry to take a breath, smell the flowers (many of which brighten up the dining room) and truly enjoy what he’s doing.

As front-of-house staffers pat down plush cushions and line up vases of fresh flowers, attention to detail remains high, despite the toned-down temperament in concept and cuisine.

“It’s hard to casual yourself down and keep your standards the same,” he says.

The Italian menu is reflective of what Barry cooks for his family at home. It’s food that everyone can recognize.

“I enjoy seeing more genuine pleasure out of people eating my food, than the ‘Ooh, wow, shock, bang’ of Splendido,” he says. “I want the food to be delicious, not interesting.”

As you peruse the newspaper-style menu, you’ll get to know Barry a bit better, along with his cooking style and his indisputable obsession with pizza. Snacks like foie on toast, oysters Rockefeller and marinated sardines with chips, banana peppers and chimichurri set the stage at $9 apiece.

Apps are large and shareable, like creamy burrata atop garlic bread with dates, espresso, garlic oil, rosemary and hazelnuts ($16), or the chopped salad with salami, olives, feta, fried brussel sprouts and crisp polenta ($17).

The menu tells a great story about Barry’s love for pizza (his license plate reads “PIZAPIE”), and how his friend helped build the pizza oven. Barry uses all-Ontario flour from Arva Flour Mill and a natural sourdough starter, letting the gluten really break down during a 48-hour fermentation process.

Pasta is mostly made in-house, daily, with the long pastas crafted by a friend and former Splendido line-mate at Pasta Fresca Baldassarre. The food is familiar and straightforward, like the ricotta-stuffed ravioli con Bolognese ($15 for an appetizer, $23 for a main), which sees ravioli set atop a pork-and-beef meat sauce, smothered in parmesan and hit with black pepper.

A cheeseburger ($22), modeled off of Au Cheval’s in Chicago — Barry’s favourite, and lauded as one of the best burgers in the world — is stacked with dijonnaise, lettuce and a pickle, sided up by fries. Veal parmesan ($27) comes in the form of a whole bone-in veal chop. Desserts are classic, like the tiramisu ($9), which is tricked out with Nutella, coffee, cocoa, mascarpone and brown butter.

“I wanted the menu to be easy and simple, but the best f*cking version of the foods you already know and love,” Barry says. “The food on the plate has to be greater than the sum of its perfectly cooked parts.”