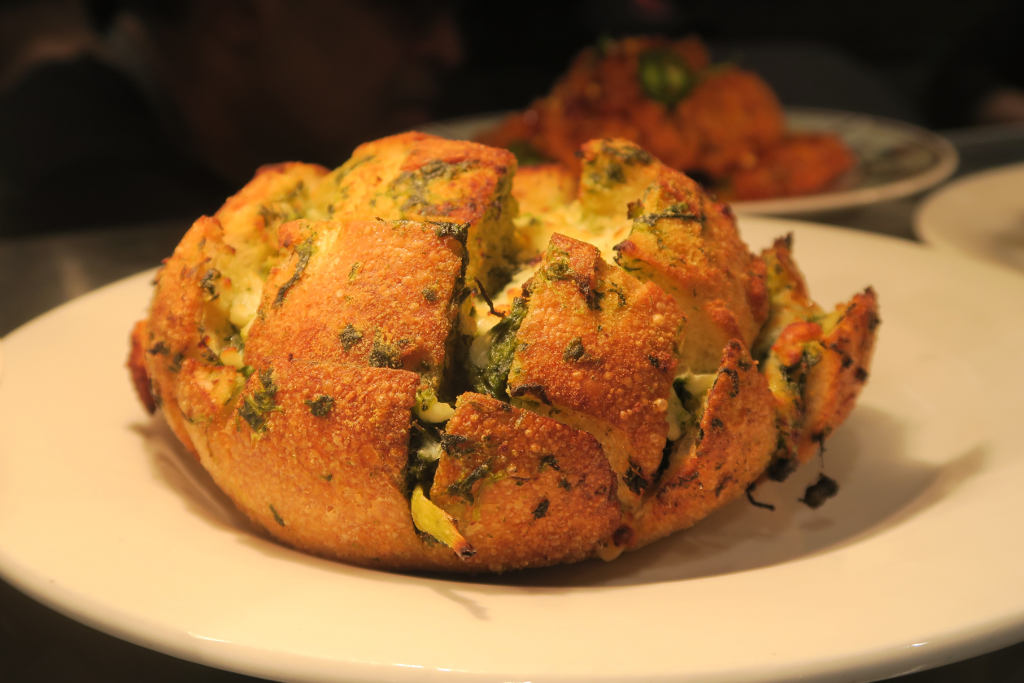 It’s a good time to be a cider lover in Toronto. Although the city has a few bars dedicated to cider already, with the opening of Brickworks Ciderhouse, the beverage comes into its own.

It’s something that’s been in the works for a long time, but now Brickworks Cider finally has a hub for experimentation and an endless variety of cider. Originally started in London, Ontario by Chris Noll and Adam Gerrits, Brickworks Cider began as an experimentation with a few batches, before they decided to make a go of it full time in 2013. When they took a look at the market, they realized that no one was making cider in Toronto. They moved operations there and five years later, the rest is history.

Brickworks Ciderhouse is located in Riverdale, within close proximity of the trendy Broadview Hotel, where the pair spent some time restoring the 3,000 square foot space back to its original ambience. The two level ciderhouse has 156 seats and, in the summer, patrons will be able to sip cider on a raised patio that can hold 40 people.

Most exciting of all, the space allows them to produce cider in-house. Near the bar, there are two large fermenters. Close by, the apple press sits in the corner. Below the restaurant, various ciders sit in 1,000-litre aging tanks. So far, they’ve pressed 15,000 apples and a whopping 5,229 pounds of apples overall. Cider lovers can look forward to a slew of new concoctions to try since the plan is to produce close to 40 variations this year. Since opening, they have a few new ciders on tap; The Mint & Basil Cider has been aged for one year, using fresh Ontario mint and smashed basil infused in apple juice. Grand Framboise is a bright, poppy red made with apples and raspberry puree. It’s a dry brew that pairs well with sweeter dishes like ribs. Meanwhile, Citrus Maxima has a base of fermented apples, sweetened with honey from the cider maker’s family farm in Orillia. It’s then fermented with grapefruit and Pomelo juice and zest.

Cidermaker Martha Lowry is looking forward to experimenting and creating different ciders. Pretty soon she’ll be able to create barrel aged ciders, plus a tequila barrel, rum barrel, port barrel and bourbon barrel are en route. The goal is to have fun with it, and see what resonates with customers.

Chris and Martha also want the Brickworks Ciderhouse to be a hub for people interested in learning about the cider making process, and for those who brew their own cider. The apples that Brickworks Cider use to make cider come from three main regions in Ontario: Georgian Bay, Prince Edward County and Niagara.

As part of their mandate, the apples must come from within 300 kilometers from Toronto. A partnership with Not Far From the Tree could prove to be fruitful; The project picks urban fruit that would otherwise fall to the ground and rot. A lot of the fruit happens to be crab apples, which can’t be donated to food kitchens, but just so happen to make really good cider. Brickworks Cider plans on swapping different varieties of apples (such as Ida Reds) to food kitchens in exchange for crab apples, which could then be used to create a hyper local, 5 kilometer cider. The main floor has an open kitchen
(IMAGE: AMANDA NUNES)

And if all that cider has given you an appetite, you're in luck. The Ciderhouse serves brunch, lunch and dinner. Many dishes on the menu are created using cider, and all pair well with the drink. Sticky pork ribs are brined in cider, frites in apple cider vinegar and the Ciderhouse salad is drizzled with apple cider poppy seed dressing. For dessert, there’s the essential apple pie, using a recipe from Chris’ grandmother, and whole pies will be sold on weekends.

The menu will change with the seasons and Martha’s cider program will coincide with the ongoing menu. When strawberries are in season, you’ll be able find strawberry dishes on the menu and in the ciders. At the bar, you’ll be able to try flights of cider served in mason jars. Cider also makes an appearance in cocktails like Cider Mimosas, Pistachio Collins and Cider Mojitos. Plus, if — dare we say it —cider is not your thing, an assortment of beer and wine rounds out the menu.