First Draught: Henderson launches with their take on an ESB and ambitious plans for The Brewery District - Streets Of Toronto
Skip to content 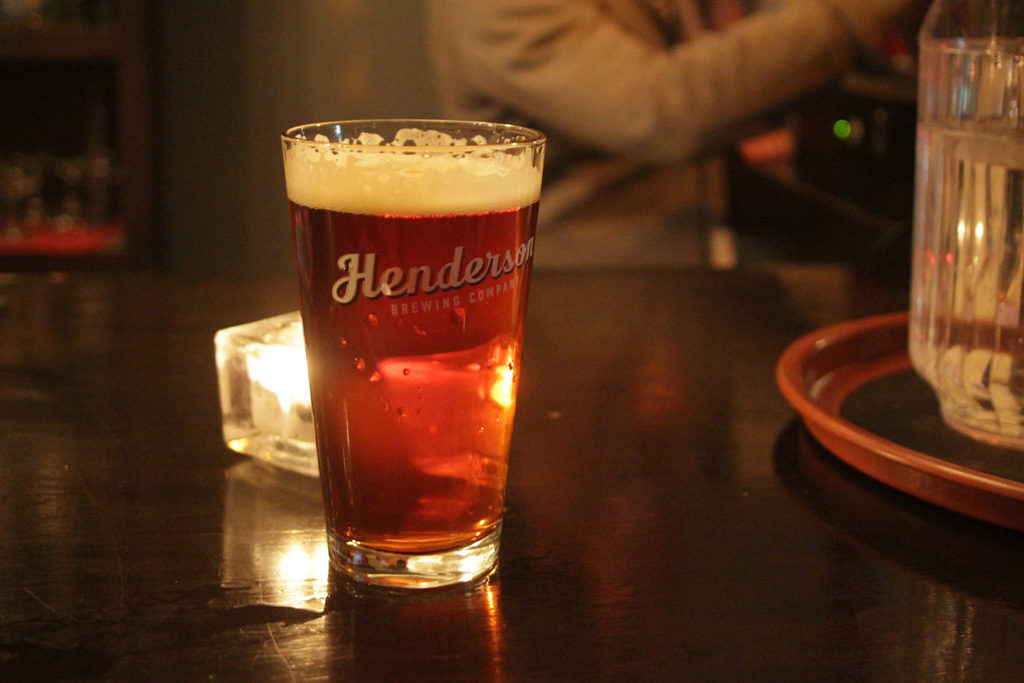 A new brewery launched this week in Toronto and I hope I never get tired of writing those words.

Henderson Brewing Company is building a 15,000 hectolitre brewery at 128A Sterling. They hope to have it open by May, but for now their first beer, Henderson’s Best, is available on tap.

Mark Benzaquen, head brewmaster, says that their flagship beer is based on an ESB-style malt profile with plenty of West Coast hops added to complete the hybrid picture.

The idea of making an English-style bitter with American hops is not revolutionary, but this is a better than average execution of the idea. The malt half of the recipe is tuned nicely to express nuttiness, and slightly sweet cracked grain flavours. They do bring plenty of citrus, but the chosen hops also have enough woodsy resin elements to make the connection to the malt a smooth one.

Steve Himel, Henderson’s general manager, is also working on a project even more ambitious than opening a brewery. He is the chair of The Brewery District, a group of 12 breweries, plus one cold-brew coffee maker, who are seeking official recognition as a tourist destination.

Roughly speaking, the thirteen businesses are grouped near the West Toronto Railpath, between Queen and St. Clair.

Himel tells me that the current stage of the process was about getting Councillor Ana Bailao to agree to bring their request for recognition to City Council on February 3. The future plan for The Brewery District could include a paper passport, a shuttle that stops at all of the breweries and a series of collaborative festivals.

Robert Henderson, Toronto’s first licenced brewer, inspired the name for this entry to the marketplace. Benzaquen says that the beers they make to complement the Best will also give appropriate nods to the city’s brewing history.

Henderson Brewing Co.’s Best, available on tap at bars including The Rhino, Betty's, The Cloak & Dagger, and Tequila Bookworm