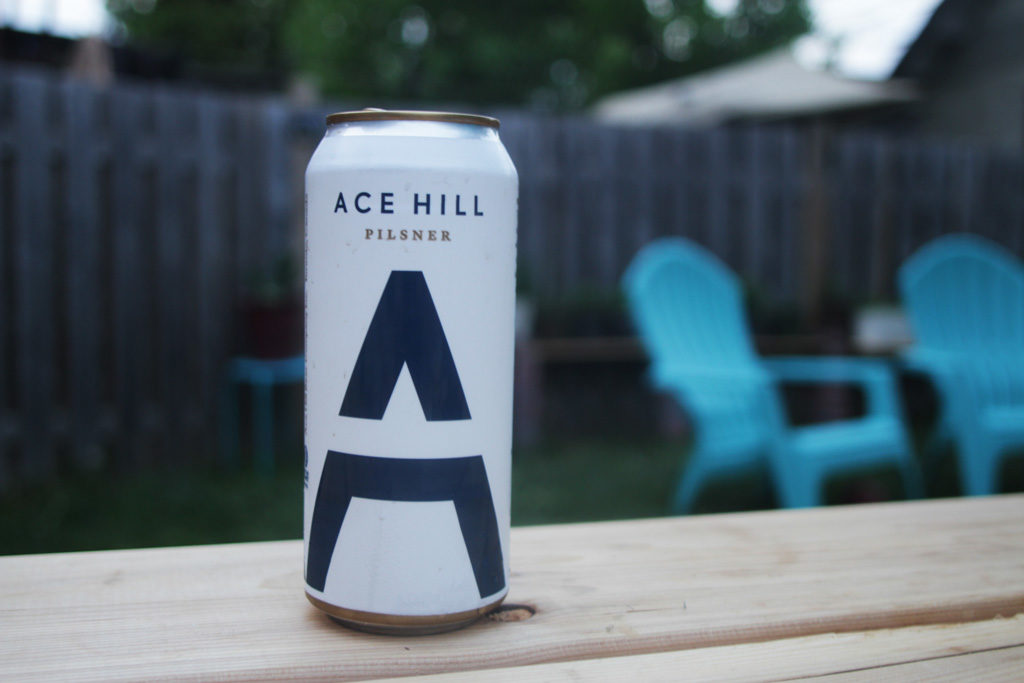 Is a slicker Instagram account and placement in cool, downtown restaurants all that distinguishes craft beer from mass-market, fizzy lagers? Usually not, but for Ace Hill Pilsner that seems to be the case.

In the glass, it looks like it should: clear gold with a white cap of foam. The grainy aroma is a matching prelude for the flavour that is all malt, too sweet and finishes abruptly. There’s no balance or cleansing bitterness and none of pilsner’s requisite crispness. It does evoke childhood memories, but of drinking the milk from a bowl of sugary cereal.

As a style, pilsner has been around for nearly 175 years — plenty of time to develop various branches in a large family tree. To get a sense of context for Ace Hill, I had some help setting up a blind tasting that also included a sample of Pilsner Urquell (the prototypical Czech pilsner) and Radeberger (a middle-of-the-road German-style pils.)

The Czech original stood out immediately from the other two — it’s a darker copper, much more balanced and about three-times as flavourful. To be honest, Ace Hill wasn’t far off from the Radeberger. The craft pilsner has a thinner finish with a slight cooked squash note, but I had to dig for those distinctions.

I put the extra effort into the blind tasting because, I think, I wanted to like Ace Hill. That can is beautiful, and from talking to Blake Anderson, their head brewer who oversees their beer-making process, under contract at Ottawa’s Big Rig, it’s clear he understands the importance of quality. At the 2014 Canadian Amateur Brewers Association awards, Anderson won a gold in the lager category and silver for best-in-show with his Jaromir Lager Czech Pilsner, which is the starting point for Ace Hill Pilsner.

“What we’re trying to do with Ace Hill Pilsner,” he explains, “is make a high-quality, small-batch beer that’s a craft beer. That still has that character and complexity of a craft beer, but at the same time is something that you want to sit down and drink a bunch of on a dock.”

When discussing how it evolved from his Jaromir Lager recipe, he does say that it’s “pretty lightly hopped. That was by design, we were trying to make something that is refreshing and easy drinking.”

It was probably somewhere along that road to mass appeal that they lost the trail of what a pilsner is supposed to be. As well as dialing back the hops, a relatively short 11 days of lagering (Pilsner Urquell gets 35 – 40) almost definitely contributed to the lack of crispness. Isn’t the quality of service supposed to justify the 100+% markup that restaurants like Hanmoto add to beer? I had to ask for a glass and was reluctantly given this one, whose inside, as shown by all the bubbles, was covered in dust. (IMAGE: DAVID ORT)

The absolutely huge list of big-name restaurants (but relatively few beer-focused bars) carrying Ace Hill includes Drake 150, The Chase, Bar Isabel, Peoples Eatery, Porchetta & Co., Campagnolo, Beast, the Playas Cabana and Hanmoto. I talked to several restaurateurs (none wanted their name attached to their comments) and they all said their reason for carrying Ace Hill is either the eye-catching branding or that they’re friends with one of the partners.

That’s not good enough. Especially when these establishments are selling cans of Ace Hill for $7 or $8 — more than twice its $2.95 price tag at the Beer Store — and would never think of carrying a particular wine based only on branding.

Tell a story, show us your beer having a great time in front of perfectly lit scenery, but also make sure we’re entertained by what we’re drinking. And that doesn’t mean it has to be a bitter, hop-bomb double IPA or only appeal to beer aficionados. But it shouldn’t taste like the unpleasantly sweet liquid leftovers from a bowl of Frosted Flakes.